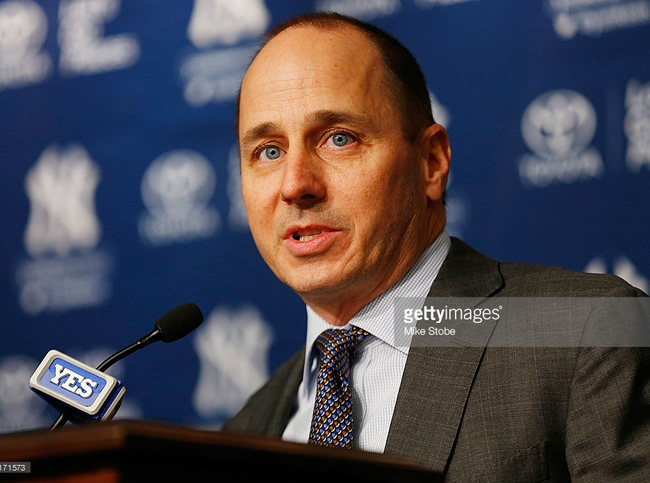 For the past year, everybody has been talking about the emails of the presumptive Democrat nominee for President, Hillary Clinton.

Well, here at Jobusrum.com, we don’t really care about any of that. What we do care about, however, is the trail of emails that have gone back and forth between New York Yankees General Manager Brian Cashman and other prominent figures in Major League Baseball as we approach the all important trade deadline.

Thankfully, due to sources that totally didn’t hack his server nor break laws, I was able to get my hands on said emails, and we are publishing them as a Jobusrum.com exclusive.

Our lawyer, my uncle Clarence, assures me that this is legal and we cannot be sued. I’ve never actually seen his law school diploma, but if you can’t trust family, who can you trust, right?

So, sit back, relax, and enjoy this rare look behind the curtain.

Please note: vulgarities have been cleaned up to the best of our ability. We are a family website.

Sure, we would love Chapman, you know that. He could be the missing piece for us, but Gallo and Juriel for a three month rental? Come on, that is ridiculous. I might be able to do something with Profar, but I will need at least a low level prospect back.

By the way, finally found a decent pizza place down here and get this……they let you make the pizza and then you take it home and cook it yourself. Wild, right?

You came to me, so I call the f—ing shots. I have like a dozen teams asking about Chapman, and guys that throw 105 don’t grow on trees. You hear that, Jon? 105! That’s higher than your IQ! Try peddling that overrated scrub Profar to somebody else.

Did you say the pizza place lets you make the pizza and then you cook it yourself? Are you f–ing kidding me? What kind of scam is that? You are from Queens, man…..have an ounce of self respect.

Oh and do you feel bad that there are a bunch of children in third world countries who think the Rangers are back to back World Series Champions? Because you should!

Schwarber is in our plans for the next decade and the fanbase would have my head. We have a loaded class of prospects, so we can discuss. I assume Betances is out of the question?

Miller has two years left after this one at $9 million per. I am literally getting so many calls about him that I’ve had to hire a third assistant……the second one mostly just waits in line for the new iPhone for me once/year.

You call yourself the curse breaker, but with that piece of s–t bullpen, you will just be cursing up a storm. You want to win the World Series? The price is Schwarber. But hey, maybe you are cool with waiting another 100 years, I don’t know you that well even though we saunaed together that one time in Tampa.

I’m giving you an hour to do the deal or I’m moving on…..I’ve got Daniels practically begging me to take Gallo and Juriel, not to mention half the f—ing league. I don’t have time to wait around all year for you to get off your Ivy League ass and make a move.

And as far as Betances goes, you guessed right, motherf–er!

I can probably give you Wheeler (ironic, right?) but Fred and Jeff won’t approve the salary. You know how they are. I tried to supersize my value meal during our lunch meeting at McDonald’s last week and they made me pay for it out of pocket.

You think you can absorb some of Beltran’s remaining salary to make the deal work on my end?

First of all, what the f–k are you doing emailing me at 9:30 in the damn morning? You know I don’t even get home from the club until 7AM.

Second, it isn’t my fault Fred and Jeff could squeeze the copper out of a f—ing penny. Beltran is having an All-Star Season and Wheeler is hurt. Hell, that chump has been average even when he has played. You’re lucky I’m even willing to do this deal as is. In fact, you should be on your motherf—ing knees thanking me.

Get authorization for the contract or get to steppin. I don’t have time for this s—t. I’ve got ten teams calling me on Beltran, and none of them want me to pay his contract like I’m a G-d damn sugar daddy!

Do you believe that sniveling little brat Durant wouldn’t even take a meeting with me? Who the hell does he think he is? Does he have 11 rings?

I don’t get it, none of these guys will even talk to me. I had to trade for Derrick Rose and give Joakim Noah $70 million, and neither one of them has been any good in three years!

You always get the top free agents to meet with you. What’s your secret?

They take meetings with me because I can pay them the most money. See, in our league, there is no salary cap, so I am free to spend whatever the f–k I want as long as I can justify the luxury tax expense to Levine and the Steinbrenners. So these guys either sign with us, or use my offer for leverage.

In your case, they don’t bother because there is a max you can pay a player and any one of a laundry list of teams have the space to offer it. So they don’t bother with you because your team sucks and they can get their money elsewhere.

Of course, you would actually know this if you worked more than two hours/week. But hey, enjoy the money that dumbass Dolan is paying you. Nice scam if you can get it, motherf—er!

I have a source deep inside the Red Sox organization who tells me Pablo Sandoval may be available. Landing him could be a real coup for us. Please look into this.

Sure, I’ll get right on that. After all, Sandoval has been such a valuable contributor to the Red Sox. By the way, he’s out for the year, you dumb f–k. And before he got hurt, he had an OPS + of negative 57…..that’s right dummy, negative 57! He has like two hundred years and two billion dollars left on his deal and he’s so fat he’s out of breath walking to the fridge to get a Twinkie.

I mean, I know you’ve never actually watched a baseball game before, but would it kill you to read an article once in a while? Seriously, who the f–k did you service to get your job? How is it possible I actually answer to you?

Why don’t you do us both a favor and stick to what you’re good at: telling Hank he should buy the Porsche instead of the Jaguar and leave me the f–k alone!

I hit more homeruns in the month of June than half the Yankees’ roster combined. What the hell do I have to do to get called up? Does Joe Girardi hate me or something?

We have a full outfield right now and Joe wants to make sure you can get at bats if you are on the roster. We may move Beltran and/or Gardner at the deadline, so please be patient.

Of course, this would all be moot if we hadn’t signed Ellsbury to that f—ing awful contract.

Aaron, have I ever told you how much I f—ing hate Randy Levine?

Editor’s note: This post is a parody. Don’t sue us. Clarence isn’t that great a lawyer!