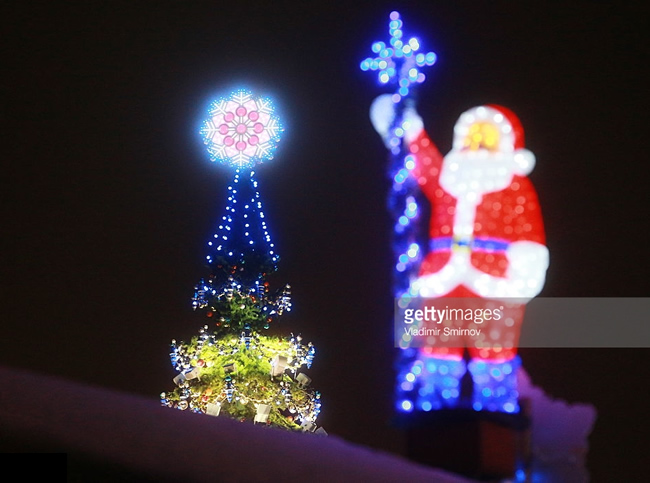 I know Christmas day already passed, but Christmas season is my favorite time of the year.  It means lots of great food, singing Christmas carols, and crying for the 26th year in a row during “It’s A Wonderful Life” (if you deny crying during this movie, you are either a liar or a monster!).

It is also, as Ebenezer Scrooge learned from a series of ghosts, a time to give generously to those around you.

It is in that spirit that I bring you the Jobu’s Rum Christmas gift list, wherein I show this website’s charitable side by assigning the perfect Christmas present for a wide variety of groups and individuals we all know and love (or hate – kind of depends on your perspective) this Holiday Season.

Think of me as a young, in-shape, and handsome version of Santa Claus, if you will.

Just know that if I didn’t include you on this list, it doesn’t mean I don’t care about you, it simply means I only have so many hours in the day to dedicate to this.

Unfortunately, unlike some people, I don’t all have groups of reindeer and elves helping me out.  I totally should, though. Maybe I’ll gift THAT to myself for next year.

To Aroldis Chapman: A Public with Reading Comprehension Skills

I know he just got $86 million, so life has been pretty good to the “Cuban Missile” of late, but I feel like this gift would come in handy considering how terribly he gets treated by the ignorant sports press and most sports fans who just read outraged columns from idiots and regurgitate them.

Sometimes I feel like Martin Stezano and I are the only two people on this planet who have actually read the police report of the domestic violence allegation against Chapman that has caused all of the vitriol that has been sent his way.

However, I must ask you, as a personal favor to me, please go and actually read the report and draw your own conclusions.

If you do, you will unquestionably find more holes in his girlfriend’s story than were poked in the non-existent condoms that Antonio Cromartie probably should have worn from time to time.

Despite accusations of choking and violent shoving, there was zero physical evidence of any kind of attack, witnesses who saw nothing violent, and an accuser who changed her story multiple times.

Chapman not only wasn’t charged, he wasn’t even arrested.

We can quibble about firing his gun at a trash can (maybe he just hates Oscar the Grouch?) and perhaps Chapman needs to mellow out a bit, but none of that is why he has been pilloried by the sports media.

He has been labelled a “domestic abuser” and a “woman-beater” despite the fact that no evidence exists showing he is either of those things.

All we know is that a woman who was–by witness accounts–upset that her boyfriend (Chapman) was supposedly texting other women (which she found out by going through his phone after she stole it from him), got angry and confrontational.  She got in Chapman’s space and he poked her on the shoulder, which caused her to lose her balance.

That is the basis for the hyperventilation of those who think Chapman is a monster and claim the Yankees are somehow morally repugnant for signing him.

But hey, welcome to 2016, where delusions run amok.

To Jeff Fisher: A Sense of Shame and Some Self-Awareness

You have to admire the nerve of a guy who has had six winning seasons in 22 years as a head coach and still has the audacity to not only blame guys like Steadman Bailey–a former shooting victim–for his failures, but also had the temerity to say he can’t wait to play the Rams, implying he wants revenge for the firing.

Revenge?  He should be on his knees THANKING the Rams for paying him so well for five seasons of terrible coaching (not to mention the two-year extension he got a few months ago, ensuring he will be paid for two more years beyond this one, even after his firing).

Here’s a guy who was suspended more than once by the NFL for violations of league policy, including an incident where he reportedly drove 140 mph with a loaded gun in his car while reeking of marijuana, with a 12-year-old boy in the backseat.

He has since followed that up by playing two subpar seasons, starting fights with teammates, skipping team meetings, and making stupid snapchat videos where he demeans women and basically says he doesn’t care about the game he is about to be paid a small fortune to play in.

As a result, his value has dropped harder and faster than Enron stock after it was announced they were being probed by the SEC.

In two short years, he has gone from a player in the running for a bank-breaking contract to a guy who will, at best, fetch the Jets a conditional draft pick when they send him packing this offseason.

I’m not sure what his next job will be after football, but he should consider a career in teaching.

After all, who is more qualified to teach about self-sabotage?

To Theo Epstein: Whatever the Hell He Wants

Has there ever been an executive in any sport who was more revered than Theo Epstein is right now?

First, he built the team that broke the 86 year championship drought of the Boston Red Sox.

Any chance he would consider taking the Jets’ GM job?  I know a 48-year drought probably doesn’t seem like much of a challenge to him at this point, but I say call him and make him an offer he can’t refuse.

I mean, if Paul DePodesta can go into football, why not Theo Epstein?

And on the subject of DePodesta…

*Editor’s Note: this was written before the Browns beat the Chargers this past weekend, so merry Christmas to them!

I know things are bleak for fans of the Browns, as they could be well on its way to becoming only the second team in NFL history to go 0-16.

DePodesta and Sashi Brown have collected a large quantity of quality draft picks with which to rebuild the team.  In fact, they will have not one, but TWO top ten picks in the upcoming draft.

Cody Kessler may or may not be the answer at QB, but either way, you can relax with Hue Jackson on the case, a man who has a great offensive mind and knows how to develop talent.

Just look at how much Andy Dalton has regressed without him in Cincinnati this season.

So, enjoy your Christmas knowing that even though this season has been a nightmare, there IS a plan and it DOES make sense.  Whether it works or not remains to be seen, but at least your team is in the hands of decision makers who realize that temporary pain is necessary for the possibility of long-term reward.

I know that isn’t the most reassuring message ever, but it sure beats the pathetic non-plans most of the franchise’s key decision makers have been responsible for over the past two decades.

To Hollywood, the Media, and College Kids: A Reality Pill

I’m no big fan of President-elect Donald Trump, but on January 20, he is going to be sworn in as president of the United States.  No failed Electoral College schemes, Hitler comparisons, or screaming and crying about big bad Vladimir Putin is going to stop that fact from being true.

It’s as if some people honestly thought that if some B-list celebrities made a video begging electors to defy the will of their state’s voters or they just yelled “Not My President!” really loudly enough times, somehow they wouldn’t have to live in the real world.

Funny, since tactics like that were clearly very effective in stopping Trump throughout the Republican primary and general election processes.

Here’s a tip: When Trump gets into office, if you don’t like a policy he tries to enact, mobilize against it.  Join up with whoever you find common cause–the ACLU, Sierra Club, etc…–and fight for what you believe in.  You can even help try to get people who oppose Trump elected to combat whatever it is you find objectionable about his agenda.

But carrying on like a bunch of spoiled brats who cannot accept that they didn’t get their way is an exercise in futility that just makes you look like a silly child.

To Vince McMahon: A Clue

Rarely have I seen somebody who was at one time such a successful business mind be reduced to utter incompetence.

The latest is the report that he was adamant that Sasha Banks, the babyface, tap out with two seconds left in her Iron Man match with Charlotte to stop her from retaining her title.

I’m not the smartest guy who ever lived, but I’m thinking it makes more sense for the heel to be the one to tap out at the last second so that the crowd would cheer after being invested in the last second comeback, no?

Not that the crowd cared much about the match, anyway.

Here’s a guy who hasn’t created a new star in over a decade and his last attempt to create one failed so miserably that the guy he pushed down his audience’s throats is STILL getting booed out of buildings, despite the fact that he’s not supposed to be a heel.

The amount of people watching and following his company’s product is a mere fraction of what it was during its heyday, with ratings roughly half of what they were when Stone Cold Steve Austin was giving guys the double bird and the Rock was layin’ the smacketh down on some candy asses.

We all go through slumps, but geez.

Then again, he’s still worth hundreds of millions of dollars and his wife is going to be in the new president’s cabinet.

And me?  I’m here writing this goofy Christmas gift column for less than he tips his waiter at Capital Grille, so what the hell do I know?