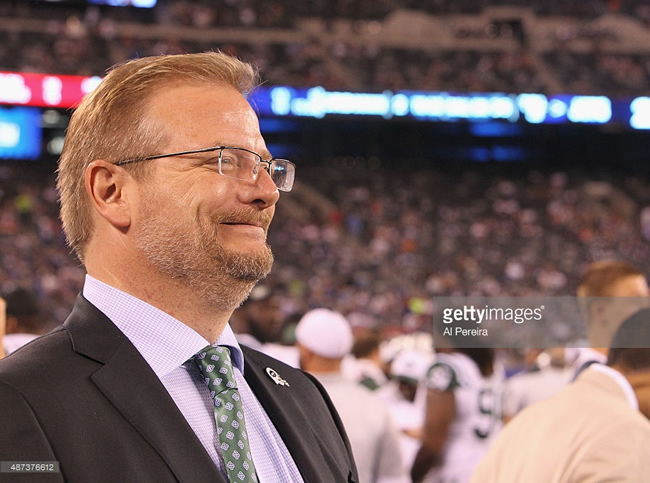 It is election season and unfortunately that means a constant barrage of advertisements as well as appeals from candidates and PACs for donations. I don’t know about you, but anytime I see a political ad on television or hear one on the radio, I change the station. Likewise, when I get a phone call, see a letter in the mail, or an email from a political cause or candidate looking for money, the phone gets hung up, the envelope gets thrown in the garbage and as one of the great philosophers of our time might say, when it comes to email, there is only one key I hit: DELETE DELETE DELETE!!!!!!!!

But imagine my surprise when I was scrolling through my emails recently and found an appeal not from a political cause or candidate, but from a professional sports team. In an effort, no doubt, to capitalize on the frenzy of campaign donations in progress as we come down the homestretch of this election, the New York Jets have begun sending out an email appeal attempting to tap into the generosity of the team’s season ticket holders.

As somebody who has been a season ticket holder for roughly 25 years (yes, I am a glutton for punishment), I received this email and have to admit, if nothing else, it is an interesting approach. I have never seen any sports team do something like this, but hey, desperate times call for desperate measures, right?

The Jets may very well be on to something and turn out to be a trendsetter in this area, so I thought I might be doing both sports fans (who aren’t Jets season ticket holders) and organizations alike a public service of sorts by re-publishing the email fundraising blast here at jobusrum.com.

Please note: While I did not contribute in the form of a donation and would never actually give a billion dollar sports franchise money towards their expenses under any circumstances, I do very much support the organization’s mission to make the Jets great again!

Be sure to click the image below to see the full email. We had some technical difficulties at the Jobu’s Rum offices. It’s the best we could do!. 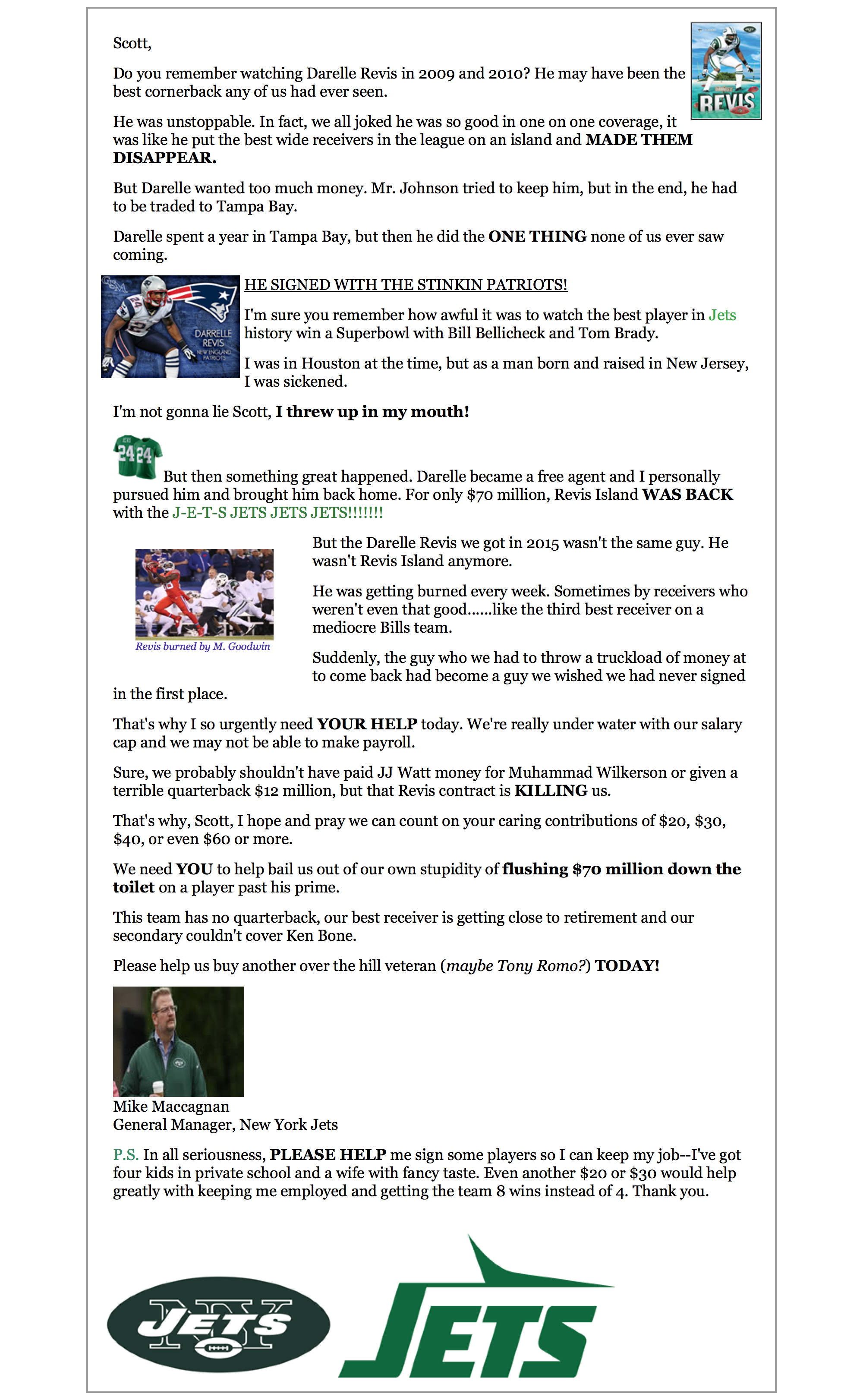 Note: This is a work of fiction. Did we get you?