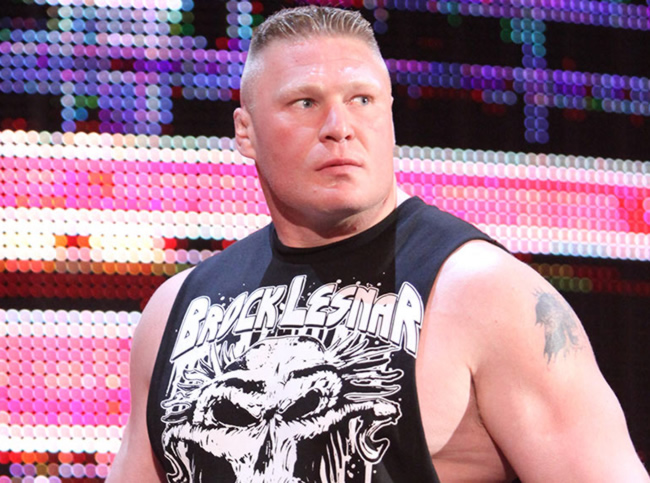 For those of you who don’t follow Professional Wrestling or UFC, Brock Lesnar (we discussed his life and UFC retirement here) made his triumphant (at least for his wallet) return to a WWE ring earlier this month, after eight years away from the company. While this is great for the company, will this be a good move for Brock?

Let’s get this out of the way first. This is a no-brainer for the WWE. I know that purist fanboys will say that the company should be focusing on creating new superstars, and not recycling old ones. However, at the end of the day, money talks. While I like a lot of the new Superstars, like CM Punk and Dolph Ziggler (wrestling names are great, aren’t they?), I tuned in for the first time in a few months specifically to see Brock Lesnar come back two Mondays ago (it was the WWE’s yearly post-Wrestlemania huge RAW show, you knew something was gonna happen). Lesnar came back and immediately started a “feud” with John Cena, who has been the top star in the company since Lesnar left in 2004.

I wasn’t even really watching WWE during the meat of the Brock Lesnar era. I remember him being a monster when he debuted, but wrestling go dumb for me shortly after, and I stepped away (I step away every couple years when story lines and creativity dry up). The fact that I tuned in specifically because of the Lesnar rumors I was hearing tells me that many other people probably did too, not to mention any hard core Lesnar fans that joined the club during Brock’s UFC days. I also tuned in the next week, and the next, so I bet you can see where I’m going with this. Lesnar draws people in.

Rumor has it that the WWE is paying Lesnar $5MM for one year of his services. That might seem like a lot, but they’ll easily make that a few times over from his merchandise and PPV buyrates over the course of the deal. The rumored match against The Rock (who also recently returned to WWE) at next April’s Wrestlemania could be one of the bigger moneymakers sports entertainment has ever seen. Again, this was a no brainer for Vince McMahon.

What about Brock though? Does he really need to do this? Is this even good for his career, and his precarious health? It really all depends on what kind of a person Brock Lesnar is. I’m not going to speculate on that question, because I don’t know the man. You have to believe, unless he’s like Warren Sapp, that Lesnar has made enough money from his WWE run (he had top billing for a couple of years) and his UFC career (he was making more than any other UFC fighter in 2011). He can’t be hurting for cash, so why do this?

At 34 years of age, and with questionable health, Brock might not have a lot of athletically inclined years left. He basically needs to cash in on his persona and his physical abilities for as long as he can, while he still can. The $5MM (and I’m sure cuts of any PPV gates and merchandising sales) will go a long way to provide his family with a good life for years and years to come. On top of that, it’s nice to be famous. Maybe Brock’s not quite ready to be a normal guy just yet.

He also only signed for one year. Perhaps he’ll stay on after his contract runs out, but he certainly doesn’t have to. He’ll be working a reduced schedule as well, only appearing on a certain number of events. If someone offered you $5MM to work part time, wouldn’t you take it? (Note: We don’t offer that here, Jobu’s Rum staffers!)

For those of you questioning the risk Brock is taking due to his physical health, you have to understand that he retired from UFC because of his health and the physical toll training was taking on his body. He’s clearly aware of what his body can handle, and what it can’t. While professional wrestling is definitely physically demanding, it’s not nearly as demanding as professional athletics, especially on a part time schedule. I think we can all trust that Brock and his family made a safe choice, considering his past decisions.

I, for one, am excited to have Brock back in the WWE. Maybe I missed Lesnar in his real prime in the early 2000s, but I get a chance to relive that a little bit with this run in 2012 (assuming he can still get the job done), and I’m happy about it. Welcome back, Brock. We missed you. And we’re ready for The Next Big Thing… again!