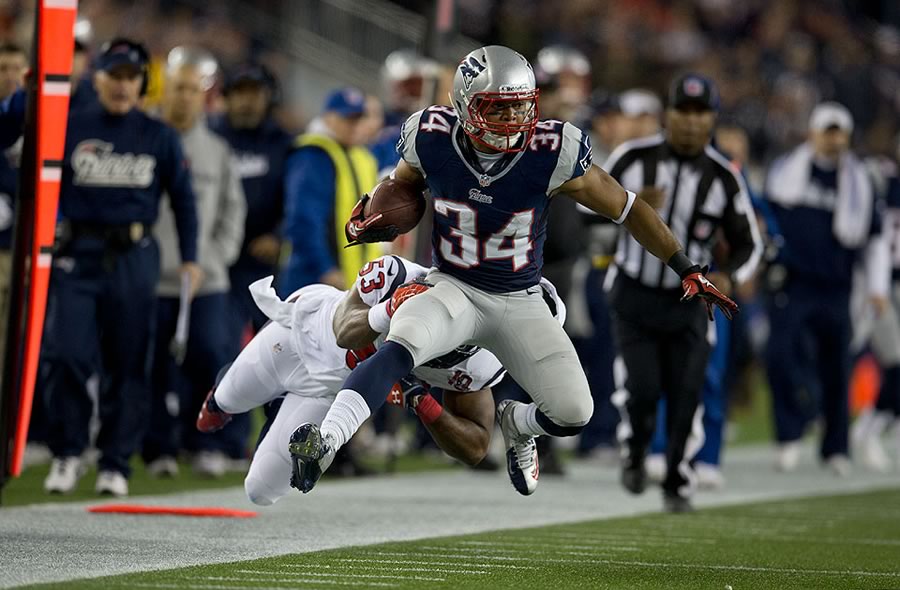 [dropcap]T[/dropcap]he Giants running game wasn’t the best last season, so today they took a step towards bolstering their RB crew by signing former New England Patriot Shane Vereen to a rumored three-year, $12.35 million contract ($5 million guaranteed). Why did they do this, and does it have any implications for anyone else on this roster? Let’s take a closer look.

First of all, this signing doesn’t necessarily mean that the Giants are going to cut ties with either Andre Williams, their second year back out of Boston College, or Rashad Jennings, who is in the second year of a four-year deal he signed last off-season. Williams’ role is clearly defined. He’s the bruiser of the pack–the 230 lb semi that’s going to get those tough runs, and a lot of the goal line action, like Brandon Jacobs used to get. Jennings was supposed to be more of a speed guy, although he’s just as big as Williams. Neither of these guys were phenomenal by any stretch last season, but they were good enough, especially considering the porous offensive line they had to deal with all year long.

I believe Vereen, although he will be the most expensive of the trio, will start out as a change of pace playmaker type, which is something the Giants sorely need. That was the role they wanted for David Wilson before he was forced to retire due to spinal problems. Vereen can get it done on the ground in limited action (907 career yards on 217 carries), but he will provide a huge lift catching passes out of the backfield for Eli Manning‘s offense. Vereen has caught 99 passes from Tom Brady over the last two seasons (47 in 2013 and 52 in 2014), and caught 11 of them in Super Bowl XLIX against the Seahawks. This is an ability that neither Williams nor Jennings brings to the table. Vereen should be a perfect fit as part of this trio.

Now I will finally address the question I know you are all asking yourselves right now. We all know Shane can run the ball. We all know he can catch passes and elude tacklers too But the real need-to-know on everyone’s minds is… Is he related to the great entertainer Ben Vereen? The answer is yes. According to Wikipedia, Shane is the first cousin once removed (I have no idea what that means) of famous Ben, the star of song, stage, film and television. The role I’ll most remember him from is that of Mayor Ben on Zobilee Zoo. Do you think Shane has access to that costume?

Anyway, I think it’s clear the Giants have themselves a winner here. Now if they could only bring in Bravo Fox and Whazzat Kangaroo to shore up the offensive line!

Watch this catch by Vereen against the Jets: