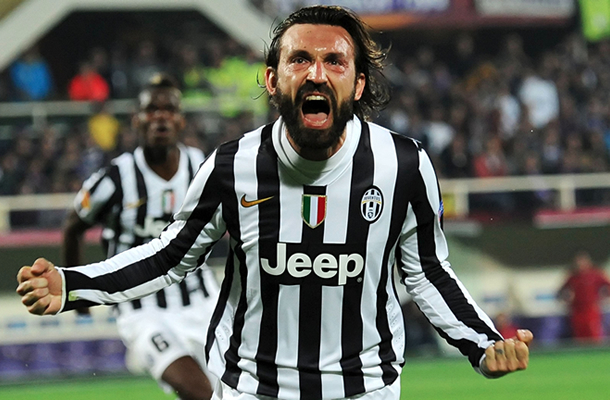 According to FOX Soccer, Italian superstar Andrea Pirlo has stated his interest in joining MLS once his current deal at Juventus of the Italian Serie A ends. While it’s great that a superstar like Pirlo, who is considered one of the sports greatest players, wants to play stateside, will MLS really need him by then?

First of all, some quick notes about just who Andrea Pirlo is, and what he means to the sport. When you talk about legends of Italian football, you’re talking about Pirlo. The midfielder has been known by many nicknames throughout his great career: “L’architteto (the architect),” “il professore (the professor),” and “Mozart” to name just a few. The nicknames tell the story of what kind of player he is. He has been praised for his technical abilities–dribbling, vision, originality, control and touch–and is also considered a master of set-piece plays, like corner kicks and free kicks. He has the ability to basically put the ball wherever he wants, from whatever distance he feels like. He plays at Juventus now, and has helped them to three straight Serie A titles, but made his name as a member of A.C. Milan, where he played from from 2001-2011 and earned 284 caps. He has also earned 112 caps for the Italian national team, including appearances in three World Cups (2006, 2010, 2014), which puts him in a tie for fourth all-time. Like I said, he’s a genius, and a living legend.

That being said, he’s a 35-year old living legend. Worse yet, by the time his Juventus deal expires, he’ll be a 37 or 38-year old living legend. Will MLS benefit from having a 37 or 38-year old Andrea Pirlo joining its ranks? I’m not quite sold on that. Yes, he’s a great name and everything, but it will probably take a ton of money to bring him over, which is a very risky proposition for any MLS club to undertake. Furthermore, his playing style is very unique, as he is basically deployed as a deep-lying playmaker who sits back and creates plays from the defensive midfield. I’m not entirely sure that style of play would fit in MLS, today, let alone in two years.

Also, not for nothing, but it seems pretty brash to suggest that a 38-year old Pirlo could just come in and join MLS and be successful. This league continues to grow and grow, and is attracting more and more international talent (just look at David Villa and NYCFC). In two years, this league may pass a guy like Pirlo by. It’s certainly nice that he is mentioning MLS as a possible future destination, because that goes to show that the league is gaining a lot as far as stature and reputation goes, but I’m not all that excited about possibly having Pirlo join come 2016. I guess we’ll see.