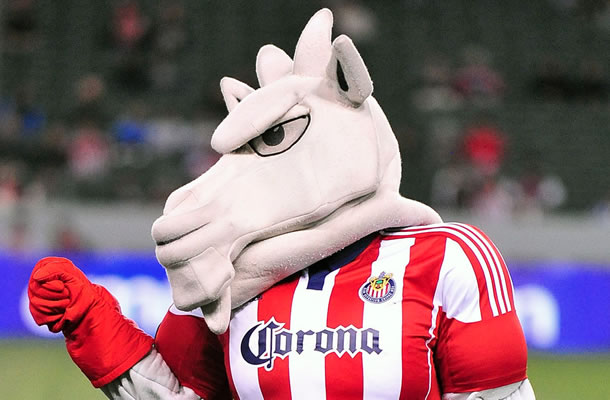 As Major League Soccer struggles to find new ownership for it’s second Los Angeles franchise, Chivas USA, I decided to explore the rumors, options and hearsay going around the league about the franchise’s status for next season. I might even throw in an opinion of my own, as I am wont to do from time to time. Let’s dig right in, shall we?

First of all, let’s give the background information so that those of you who maybe haven’t heard all the details can get caught up on this controversial team, and the even more controversial topic. Chivas USA came into MLS in 2005, and was, for most of it’s time in the league, owned in a 50/50 split by Angelica Fuentes and Jorge Vergara (the owners of CD Guadalajara, aka Chivas Guadalajara) and Mexican businessmen Antonio and Lorenzo Cué. In 2012, however, Vergara bought the Cué brothers out and took 100% ownership of the club. That’s when things kind of went to hell for the franchise. Soon after Vergara took full control and Fuentes moved into the front office, the team was sued by former assistant coaches Dan Calichman and Ted Chronopolous because the two were allegedly wrongfully terminated for not speaking spanish. I’m not sure if you guys have seen the HBO Sports segment on it, but you should. check out the trailer.

Because of this huge embarrassment for both the franchise and the league, and probably because the team just wasn’t run very well in general, Major League Soccer decided to buy Vergara and Fuentes out this past February. The league took control of the team for the 2014 season, with the ambitious goal of finding new owners for a rebranded team in 2015. With just a month or so left in the 2014 regular season, and the 2015 season just six months away, there has seemingly been no progress in the ownership search, putting the status of the entire franchise in limbo.

I think the league did the right thing in getting Jorge Vergara out of power in Los Angeles.

Even if MLS is somehow able to find new ownership, can they realistically get all the paperwork signed, sealed and delivered and rebrand an entire franchise in time for 2015? It’s not very likely. There’s a reason why teams are usually announced years ahead of joining our professional sports leagues. We already know about the team coming to Atlanta, and they won’t be playing a game until 2017. It takes a long time to establish a new franchise from top to bottom. Thinking this could be done in one year was probably foolish. Anyway, so what is going to happen to Chivas USA?

One option that is being mulled over is to simply put the franchise on hiatus for next season. This is a terrible idea. Unfortunately, this is something that is actually being considered. Chivas USA would simply be stricken from the schedule and cease operations until a the ownership situation is settled in time for the 2016 season. For one, how angry will their fans be? Sure, the team isn’t very good, but it still has it’s diehard following. Those people will be angry with MLS, and they might never return. Secondly, it’s a bit Bush League (to steal a baseball term) for a team in the number one league in the country to do this. How crappy does a league look if it can’t even sustain its franchises from year to year? This is something that plagued the early days of MLS, when teams like the Miami Fusion and the Tampa Bay Mutiny simply folded. We can’t take this league seriously if teams start folding, or going on hiatus. You don’t see even the worst first division teams folding in the Barclays Premier League, do you? No. Because that’s a serious and prestigious league run by serious and prestigious people. Do you ever see a baseball or football team fold or go on hiatus? Not even the Marlins got contracted. Also, what makes everyone think this team will be ready to come back after only one year? This could snowball, and the team might never return.

1996 MLS MVP Carlos Valderrama would not be impressed if another MLS franchise were to fold like his beloved Mutiny.

Another idea starting to float around (although it is not in any way substantiated right now) is to drop Chivas USA down to the USL Pro (the third-tier American soccer league) for a year, and bring them back next year under new ownership and a new brand. This idea might be even worse than the hiatus idea. The league can’t continue to vehemently oppose the relegation and promotion system that is in place in every major soccer league in the world, and seriously consider this move. Furthermore, what if Chivas, which will most likely lose all of its players (why would any legit MLS player go to USL Pro?), finishes terribly in that league? How can you justify bringing them back? Also, would their diehard fans stick around with them? You could argue that the team would still exist, but again, I think this would kill the fan base. Nobody wants to see a team that is playing against the LA Galaxy and the Seattle Sounders this year, play against the Orange County Blues, or the Dayton Dutch Lions (no disrespect to them) next year. If they’re going to play competitive football, they should just play in MLS, no?

That brings me to my opinion on what should be done about Chivas USA. Are you guys ready? Nothing. Nothing should be done. The team should continue to operate in MLS, as Chivas USA, until a new owner is found and a new brand established. If you take the team off the pitch completely, it makes the league look like a joke, and they might realistically never come back. Moving them to a lesser league is just an affirmation that the team doesn’t belong in MLS at all, and its insulting to fans of both the franchise and the league. If you leave them as they are, the fans will still be able to watch, and then they could all rejoice together when new ownership is found. Then, whatever rebrand is chosen, the fans will still identify with their team, and most will probably trade in their Chivas USA scarves for whatever the new team name becomes (I vote for the L.A. Riot). If the team is taken away from the fans, or diminished in their eyes, they might revolt against whatever new brand is chosen, find themselves another team or just forget about the league all together. Sure, the team will probably be terrible, like the Montreal Expos were when Major League Baseball purchased them from Jeffrey Loria, but there are professional sports teams all over the world that haven’t won anything in decades, and they still have plenty of support.

Major League Soccer needs to do the right thing here, and leave Chivas USA alone. They’ll find new ownership. It might not be in time for 2015, or even 2016, but patience is the way to go with this squad. Just a little patience.