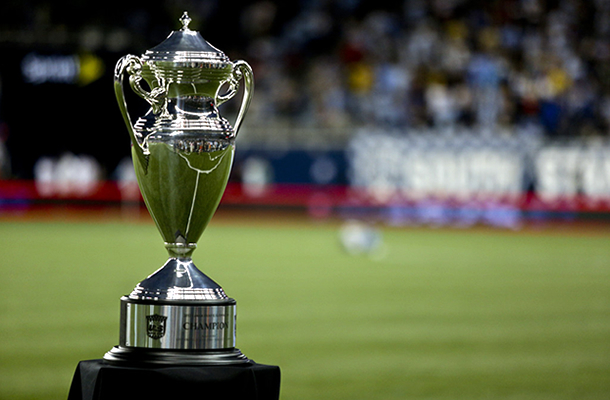 Last night the Philadelphia Union beat the FC Dallas in penalty kicks to advance to the finals of the Lamar Hunt U.S. Open Cup. Tonight, the Seattle Sounders take on the Chicago Fire to decide who will join them there. So, just what the hell is the U.S. Open Cup? I really have no idea, so let’s find out together by answering some of the key questions I had going into this post.

How Did it Start?

The first thing I found out about the Open Cup is that it is the oldest ongoing national soccer competition in the United Stats, and third longest open soccer tournament in the entire world. This year marks the 101st playing of the tourney, which makes it more than five times older than MLS. The tournament was first known as the National Challenge Cup, and began play after FIFA provisionally sanctioned the American Amateur Football Association (AAFA), which then became the United States Football Association (USFA). In order to receive a full sanctioning, the USFA decided to create a national tournament–the National Challenge Cup was born. It would be eventually rebranded as the U.S. Open Cup, and then the Lamar Hunt U.S. Open Cup in 1999, to honor Lamar Hunt–one of the greatest figures in American sports history, and a pioneer of American soccer. Read more about him here.

Who plays in the U.S. Open Cup?

Well, if you’re read above, I did say it’s the third longest running open soccer competition in the world. This means that basically any team in the United States can enter, from MLS to lower-tier leagues like the NASL and even semi-professional and amateur teams too. This is not all too uncommon, as England has something similar named the FA Cup. However, that doesn’t make things any less exciting. Let’s say I started a team tomorrow, and registered it with the United States Soccer Federation. Well, Jobu’s Rum Runners™ would be eligible to play in this tournament! OK, clearly I don’t know the rules for registering with the USSF, so don’t jump down my throat if that’s wrong, but I think you’re get the point I’m trying to make. Any team of Joe Blows could find themselves in a meaningful tournament game against the best players in the entire country. That’s good for everyone, from the players to the fans, and even all of the lower-tier leagues. Cool stuff!

Who Won the First, and Who Has Won the Most?

The very first U.S. Open Cup was won by a team named Brooklyn Field Club, who beat Brooklyn Celtic by a score of 2-1 in Pawtucket, Rhode Island (I know, I figured it’d be in Brooklyn too!). Overall, Bethlehem Steel F.C., one of the most successful American teams of the early 20th century (it folded in 1930); and Maccabi Los Angeles a former NASL team that ceased operations in 1982; have the most titles, with five. The Chicago Fire have the most titles of the MLS teams, with four. It’s interesting that they’ll be playing against Seattle for the other finals spot, because Seattle currently has three titles, which is one behind Chicago for the MLS lead, and Chicago needs one to tie Maccabi and Bethlehem Steel for the overall lead. New York has the bragging rights as far as having the most champions, with 26 (although none since those 1999 Rochester Rhinos). Finally, DC United is the reigning champion, which means we’ll have a new champion in 2014. Exciting!

Sadly, and expectedly, yes. MLS teams have won the open cup every year since 2000. In 1999, however, the Rochester Rhinos of the now defunct second division A-League (the Rhinos are still around, just not the league) took home the trophy, conquering four MLS teams along the way–the Chicago Fire, the Dallas Burn (now FC Dallas), the Columbus Crew and the Colorado Rapids. Other than that, the tournament has always gone to an MLS team since the league’s inception, but stories like that of the Rhinos still provide inspiration for lower level teams today. In case you’re wondering, the furthest a non-MLS team made it this year was the quarter-finals, where the Carolina Railhawks and Atlanta Silverbacks lost to FC Dallas and the Chicago Fire, respectively. The Railhawks did beat the Chivas USA and the LA Galaxy, however, and the Silverbacks managed to take down the Rapids and Real Salt Lake. I think the New York Cosmos got the coolest win of the tournament though, as they took down the New York Red Bulls 3-0 in the fourth round. Maybe they were a little bitter about NYCFC becoming the new MLS franchise and not them?

Check Out Highlights of Those Raucous Rhinos:

Unfortunately, this historic tournament doesn’t really get the attention it deserves. Like many old things, it has been basically put on a back shelf and forgotten. Even the finals aren’t televised, and the match between FC Dallas and the Philadelphia Union last night were only shown via live stream on the official FC Dallas website (a fact I didn’t realize until regulation ended). Being that MLS teams basically dominate this tournament, you would think that the games would be televised by whichever company televises the games of the teams involved, or as part of the MLS national coverage deals with ESPN or NBCSports. Alas, that’s not the case yet. It’s a shame, because it’s a very fun tournament, and more people should have access to seeing it.