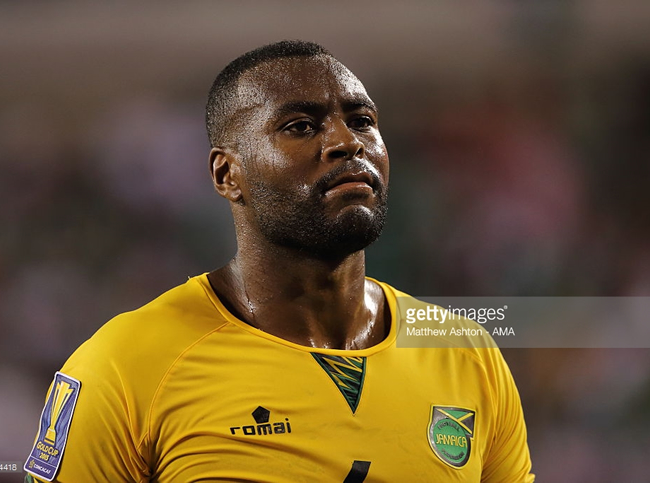 Jamaica lost their opening Copa America Group Stage match 1-0 to Venezuela this afternoon, and arguably their best player–for sure their best defender, at least–didn’t start because he was too tired from partying.

I’d like to give you a little background on this situation. The player in question is Wes Morgan, the 32-year-old defender who plays his club ball for Leicester City of the Premier League. In case you missed it, Leicester City won the Premiere League this year, in what was pretty much the biggest underdog upset in league history.

The unlikely win meant the team had plenty to party about, and it seems they’ve been partying since the season ended on May 15th. Not only did the team party in England, it seems many of the players also traveled to Thailand–the home of chairman Vichai Srivaddhanaprabha–to party some more. They partied so heartily, it seems, that Morgan wasn’t fit to play in the opening Copa, despite the fact that it’s been three weeks since the title was decided.

Head coach Winfried Schafer had this to say about his star player, and the key to their defensive unit:

“Our team is complete. Wes Morgan has come, but he is tired; that is clear. All week, he has not trained. He partied in London and Thailand, but I am very happy he is here and maybe he can help (play) in the second match, but not the first match because it is too difficult.”

Huh? Excuse me? The head coach said those words? Too difficult? To be fair, I’m sure privately, Schafer is pissed that his best defender wasn’t fit enough to start what is a hugely important game in a hugely important tournament, but it might have been nice if he’d seemed a little angrier while he was saying it.

In his defense, Morgan did come in in the 40th minute of this game, but maybe it would have been nice to have him in there for the full 90, especially when you consider that the only goal Venezuela managed came on a strike by Josef Martínez in the 15th minute. In fact, the Jamaican defense took quite a while before it looked comfortable against the attack of La Vinotinto, and was very shaky early on. Things got worse in the 26th minute, when Captain Rodolph Austin received a straight red card and put Jamaica down a man for the rest of the game.

Look. Lots went wrong for the Reggae Boyz in this game, and it’s hard to place the blame solely on the shoulders of Morgan, but come on, bro. You’re supposed to give your all for club and country. Not just one or the other.

Jamaica, presumably with Morgan for the full match, look to rebound in their second group stage match, which will be against Mexico on Thursday night. I’m not sure they can.