Hello fans! El Bolso is back with another Charrúa Report. It’s mostly good news this week, so let’s get to it!

Remember how last week I told you about Wanderers’ Libertadores chances had taken a big hit? Well, the last round of games came and went, and when the dust cleared the Bohemios were standing tall in second place, thanks to a 3-0 road shellacking of Zamora FC and Palestino’s 2-0 loss to Boca Juniors. The Argentines took first place with a perfect record, 6 wins in 6 games, and will face nemesis River Plate (yes, that River!) in the next round. Wanderers also advances, and will know it’s next opponent when the rest of the groups finish next week.

This was a huge win by the Uruguayans, getting 3 points on the road against a team that gave them all they could handle at home, and moving on to the second round for only the second time in the team’s history. Coincidentally, the first time it happened, in 2002, Wanderers came in second behind Boca Juniors, narrowly beating out a Chilean team (that time it was Santiago Wanderers). Congratulations to the Bohemios, the only Uruguayan team left in the premier South American club competition, and good luck in the next phase!

Meanwhile, Danubio continued it’s run of futility, losing 2-1 to Sao Paulo in Montevideo. The result officially eliminates the Uruguayans, although we’ve known they were dead in the water for a while now. Say what you will about Danubio, it’s a remarkably consistent team: they lost all three of their home games 2-1 (two of them on last minute goals after being up early), and suffered matching 4-0 defeats in their visits to Brazil. I guess we know what to expect this week as they travel to Buenos Aires to take on San Lorenzo… This Libertadores campaign has been a complete disaster for the defending Uruguayan League champs, although as we’ll see later on they’re doing pretty well in the local league.

Hey, remember when I told you that Marcelo Tabárez (no relation to National Team coaching legend Oscar) had tested positive for a banned substance in one of those 4-0 losses? The Danubio forward swore he hadn’t taken anything illegal, and even went so far as to submit to further tests to prove it. And prove it he did! Apparently, the excess somatotropin (a type of growth hormone) in Tabárez’s system was not due to any doping shenanigans, but to a malign testicular tumor, which was promptly surgically removed later in the week. the 25 year old is currently recovering from the operation and awaiting word on follow up treatment, but it’s a good bet that the doping test may have saved his life. Best of luck to Marcelo going forward!

Of course, several teams showed support for Marcelo by carrying signs and wearing special shirts as they took the field during local league action this weekend, including both Nacional and Peñarol. Danubio tried to do the same during the game against Sao Paulo, but after several hours of negotiations with CONMEBOL personnel they could not gain approval for the gesture, so they hung the sign in the stands and wore shirts with Tabárez’s name during warmups only. Stay classy, CONMEBOL.

Ok, people, I know I said I wasn’t going to get too excited about how Nacional has been playing lately, but after this past week I’m feeling pretty damn optimistic again. After weeks and weeks of being the better team and letting defensive errors and poor finishing spoil the final result, Nacional won a game they had no business winning, defeating Racing 4-2 to pretty much clinch the annual table. Racing was the better side throughout most of the game, controlling possession and pushing Nacional into its own half of the field, but the Tricolores finally showed some efficiency, scoring on 4 of their 6 total chances to come away with the win. Granted, a big reason for Racing’s dominance may be that Nacional had a 2 goal lead 15 minutes into the game, but the Cerveceros still deserved better than a loss, and they didn’t get it because Nacional was the same opportunistic, lethal side from the last Apertura.

Leandro Barcia opened the scoring just a minute in after Carlos De Pena ran down the left side and sent a perfect cross into the box (basically the same combination that opened the scoring last week against Rampla). In the 14th minute, Iván Alonso doubled the advantage (I swear, I wasn’t just watching last week’s game again) after yet another beautiful cross. Racing got closer at the half hour mark thanks to a great header by Mauricio Affonso, and Nacional had to sweat out the end of the first half and the beginning of the second. Gastón Pereiro restored the 2 goal lead in the 58th minute after a great feed from Alonso, but Diego Zabala once again pulled Racing closer just 9 minutes after that. Racing could have tied it from the penalty spot moments later, as it sure looked like a long ball into the box hit Diego Polenta in the hand, but the referee deemed the contact unintentional. then, in the 79th minute, Diego Arismendi clinched the win for the Tricolores with a strange goal: Racing’s keeper punch out at a cross that was clearly headed out of bounds, barely grazing the ball and giving Nacional a corner kick. As the kick came into the box, the Racing defenders first whiffed on it, forcing the goalie to make a great diving save, then they fought each other for the rebound with no Nacional players in sight, until the ball bounced softly over towards Arismendi, who slid forward to put it in the net.

With this win, Nacional moves into 6th place in the Clausura table (not bad for a team that was 14th two weeks ago, still 6 points off the lead. More importantly, Peñarol’s 1-1 tie against Atenas means the Tricolores now own a 13 point lead in the annual table with only 18 points left in play. It sure looks like Nacional will have the advantage in the title playoff. Peñarol’s misstep also dropped them down to second place in the Clausura, as defending champion Danubio beat Cerro 1-0 to claim sole ownership of the top spot. Danubio fans celebrated as you would expect, by surrounding the players’ exit and demanding the resignation of coach Leo Ramos, because soccer fans are insane. The team’s head of security stopped Ramos from going after the fans, and eventually everyone calmed down, but the club’s executive council is looking into the incident to see what needs to be done. Apparently, Danubio fans don’t like winning; Ramos was also the coach for last season’s title run. I know the team had a weak Apertura and has disappointed in international competition, but come on guys, YOU’RE IN FIRST PLACE. Enjoy life a little.

The Man with the Golden Gun

It took Luis Suárez all of 55 seconds to win this weekend’s match for Barcelona. The Uruguayan forward took a great feed from Lionel Messi and put the ball past Valencia’s keeper, and that was all the scoring needed in this one. Sure, Valencia had several chances to tie the game, including a missed penalty kick, and Messi added an insurance goal in extra time, but Suárez’s goal, his 11th in this year’s La Liga tournament, ended up being the difference in the match and the reason Barcelona maintained its 2 point advantage over Real Madrid.

Meanwhile, Edinson Cavani played a role in PSG’s 3-1 victory over Nice (nice!), scoring the team’s third goal on a penalty kick that he himself caused. Olympique Lyon’s 2-2 tie against Saint-Étienne means the Parisians are tied with Lyon at the top of the table, but they do have a game in hand. 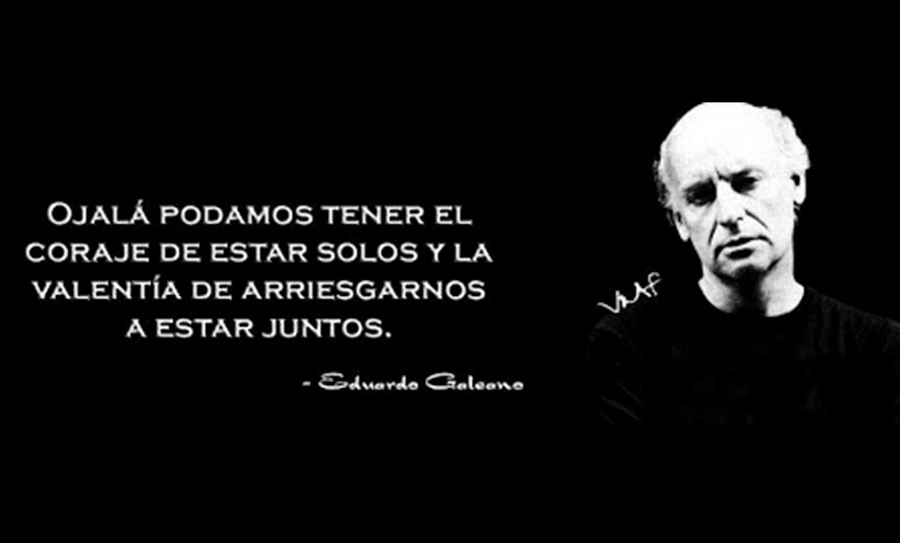 Finally, last week marked the passing of one of my favorite authors, Uruguayan writer Eduardo Galeano. Galeano was one of the premier voices of the Latin American left of the past 50 years, and the author of the seminal 1971 text Las Venas Abiertas de América Latina, which addressed the impact of European and North American colonization and exploitation of the region’s natural resources. Like most Uruguayans, he was a huge soccer fan, and spent many hours thinking about the sport’s inner workings and its relationship to society at large; one result of this was the excellent 1995 volume El Fútbol a Sol y Sombra (Soccer in Sun and Shadow), a collection of reflections and vignettes about his experience as a fan of the world’s greatest sport. Galeano, who was 74, had been fighting lung cancer for a while, and has now passed. He will be missed.

And that’s all for today, friends. I’ll leave you with the dulcet tones of Pasión Tricolor (two weeks in a row!) See you next week!