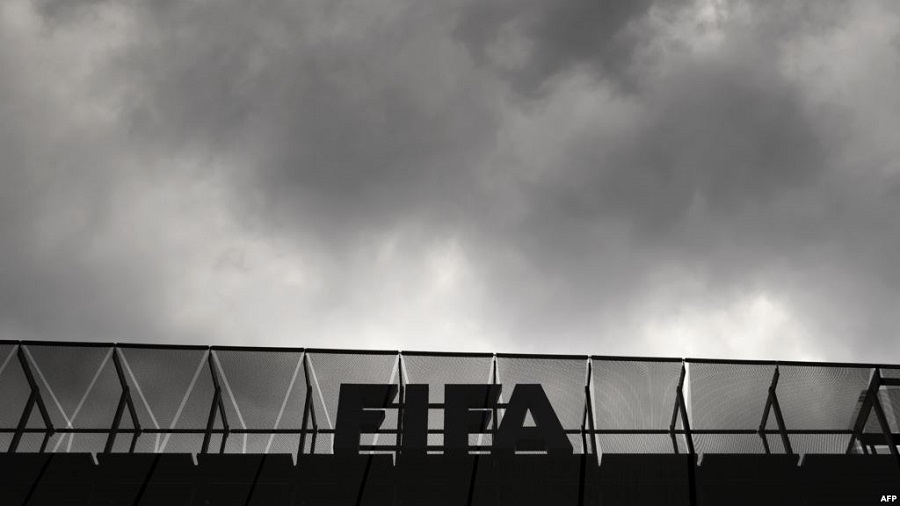 Hello fans! El Bolso is here with a special edition of the Charrúa Report. I usually save these for when some Uruguayan goes absolutely bonkers on the field, but I just had to comment on what happened at FIFA headquarters on Wednesday.

As delegates from around the world were flying into Zurich for the Annual FIFA Congress, where Sepp Blatter was widely expected to be elected to yet another term as President, Swiss police, acting on behalf of a US federal grand jury, walked into the prestigious Baur au Lac hotel and arrested everybody. Ok, maybe not everyone, but they did pick up a veritable who’s who of New World soccer politics.

Other arrests took place around the world, and FIFA and CONCACAF offices were raided by Swiss and US authorities. The moves come as part of an investigation into corruption in the recent 2018/22 World Cup bidding process. Or wait, is it about bribery related to the 2016 US-based special edition of the Copa America? Or maybe it’s about FIFA looking the other way as thousands die to build their 2022 playpen? Look, it’s hard to figure out which awful scandal you’re going after, guys. You’re going to have to be more specific. But still,

Included in the chosen 14 is Eugenio Figueredo, a humble Uruguayan car salesman (there’s my TCR hook!) who used a position as President of former Uruguayan First division stalwart Huracán Buceo to climb his way into the highest levels of international soccer. Of course, Figueredo became a US citizen a decade ago (and please take a look at the shenanigans involed in that process!), so please don’t lay his sins at our innocent Uruguayan feet. He’s your boy, readers! Figueredo is a FIFA VP and former head of CONMEBOL, and by all accounts a real slime bucket. I’m not surprised to see him thrown in with the likes of Jack Warner and his ilk. These guys have been trading favors and bribes for decades, and it looks as if it finally may have caught up to them. I guess Blatter was right to avoid entering US territory altogether. It’s too bad countries have these silly reciprocity treaties.

Look, no one who knows what a soccer ball looks like will be surprised to find out there’s massive corruption at all levels of FIFA’s org chart (except this guy). The shock comes from seeing someone stand up and try to do something about it: FIFA wields a lot of power worldwide and has been swift to throw it around whenever its decisions and policies are questioned in the slightest. It makes sense that it would happen here in the US, a powerful country where soccer is nowhere near the most popular sport, and one that was snubbed in a recent World Cup bidding process rife with irregularities. And let me just say, great job, America!

The best part of this whole thing is that the entire incident comes as a result of statements made to investigators by former USSF, CONCACAF and FIFA official Chuck Blazer. Whenever he’s not captaining a whaling ship or writing his famous Game of Thrones books, Blazer spends his time designing and carrying out massive fraudulent operations. He is at least as shady a the guys who got arrested, if not more. However, he had the good sense to roll over like a trained puppy when the cops came calling. He’ll probably get a brief jail sentence and a shiv in the back during daily yard time, and that will be that.

Almost immediately, calls rang out for postponement of the election, Blatter’s outright resignation, and smoked ham on a roll with mayo and pickles (sorry, that was my lunch order). UEFA threatened to boycott the Congress altogether, which sounded a little hollow given that they were the only voting block opposing Blatter and knew they were going to lose. FIFA responded with its customary sensitivity, stating that the Congress would proceed as scheduled and there would be no re-vote on the upcoming World Cup tournaments. Then it sat on its bloated haunches and waited for statements of support to start trickling, which they did, from… er, FIFA, and Vladimir Putin. Look, if Putin the only person defending you from corruption accusations, you may want to consider cooperating with the authorities and throwing yourself on the mercy of the court now. Don’t leave it to the last minute.

The real question, however, involves Jobu himself. It’s a well-known fact that as a child he was a mascot for the very same Huracán Buceo team that Figueredo once ran. Then, just a few decades later, he’s running a sports blogging empire that, until today, was remarkably silent about FIFA’s misdeeds. It seems a little fishy to me, fans. They don’t hand out sports blogs to just anyone, right? So how exactly did a humble kid from the mean streets of Montevideo get this far? What we need to be asking is, what did Jobu know, and when did he know it?

So what will happen? In the short term, sadly, probably not much. Blatter will be re-elected. Russia and Qatar will probably keep their World Cups. Workers will continue dying in droves. A few obviously corrupt FIFA bobbleheads will fall, and they will be replaced by others who will be better at covering their tracks. But the long term effects could be far-reaching. Already FIFA’s main sponsors are voicing concerns and warning that they may pull out altogether if the organization refuses to change. Look, FIFA is the old boys’ club at its most reprehensible. They’re used to backroom dealings and using money to stifle dissent, and they’re not alone in the sports world (looking at you, IOC). Hey, at least Sepp Blatter doesn’t go around celebrating Nazi Germany (at least not in public). It’s going to take a lot more than a few old bastards in handcuffs to change the system, but if incidents like this one move public opinion enough to drive a few sponsors away, then FIFA will have to think about where the money for the bribes is going to come from, and they may be forced to change their ways in order to guarantee their survival (and the generous compensation its executives receive). We’ll see what happens, fans. In the meantime, we can all dream…