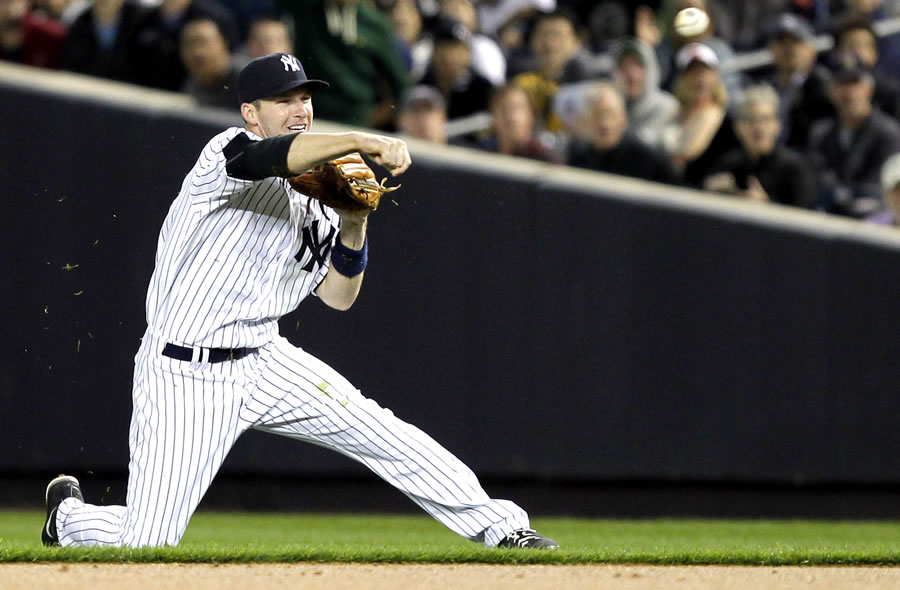 Before the 2014 season began, I was calling for the Yankees to sign Stephen Drew to play Third Base, and eventually replace Derek Jeter at SS in 2015. I said of Drew at the time:

Drew is what most teams would hope their first round pick would turn into; an every day shortstop with an elite glove and a solid bat with some pop.

The Yankees eventually got Drew at the trade deadline for some cash and Utility Player Kelly Johnson, but let’s just say my assessment of him wasn’t exactly reflected in his play. That being said, I still think he might be the best bet for SS in 2015. Let’s discuss.

First of all, let’s talk about Drew’s lost 2014 season. Because apparently draft picks are worth more than active every day players, Drew’s season was completely derailed by the fact that he rejected the Red Sox’s qualifying offer. Drew ended up not signing with anyone until the Sox brought him back on May 21. He didn’t make his season debut until June 2nd, and the time off showed. Drew ended up hitting .176/.255/.328 with just 4 homers and 11 RBI in 39 games for the Sox. After he came over at the deadline, he played 46 games with the Yankees, hitting just .150/.219/.271 with 3 homers and 15 RBI. Just so you don’t have to do math, that left him with a slash line of .162/.237/.299 with 7 homers and 26 RBI in 85 games on the year. Woof.

Drew, in his younger days with the D-Backs.

So… why should we bring him back for 2015? First of all, you have to expect that he’ll bounce back to put up numbers closer to his previous career averages of .260/.327/.429 with 12 homers and 56 RBI. If he can approach those numbers, I think the Yankees would be fairly happy. His defense surely held up this season, and most of the time he was playing Second Base in the Bronx. The other thing to think about is Drew’s contract. Because he just had the worst offensive year of his life, the odds are that the Yankees will be able to bring him back on a very affordable one year deal. I mean, would you pay more than 4 or 5 million dollars for a guy who just hit .162? They could then take those multiple seasons, and millions of dollars, and use them to fill greater needs.

The other side of the coin is what’s available on the free agent market; Mike Aviles, Clint Barmes, Asdrubal Cabrera, Jed Lowrie, John McDonald and Hanley Ramirez. According to MLBTradeRumors, that is the entire list of available shortstops this off-season. Let’s rule out Aviles, McDonald and Barmes because they aren’t every day guys, and the Yankees already have Brendan Ryan on the roster until probably 2017 (seriously, why did we give him a third year player option??). That leaves Lowrie, Cabrera and Ramirez.

Because the Yankees are desperate for offense, you might think Hanley would be the best option, but I’m not so sure about that. Yes, Hanley can hit, and everybody knows it. The problem is that he’s already being discussed as a possible candidate to move to Third Base, and he has compiled a big list of injuries over the last few years. Do we really want to commit another max contract to a guy who is possibly already breaking down, and won’t be able to play Shortstop for more than a year or two anyway? I’d say no.

The Yankees need to not make the same mistake they always make with their money.

Lowrie, meanwhile, hit .290/.344/.446 with 15 homers and 75 RBI in 2013, but regressed fairly drastically last season. He ended up hitting .249/.321/.355 with 6 homers and 50 RBI in 2014. Lowrie is also one year younger than Drew, and probably wasn’t bad enough to not merit a multi-year deal, something I don’t want the Yankees to saddle themselves with for a player like him–especially a guy who can’t field particularly well either. The same goes for Cabrera, who is great at making spectacular plays, but struggles mightily with the routine. His offense has also dipped since his breakout 25 home run season in 2011, as he managed only .241/.307/.387. Again, not worth a mult-year commitment.

There are a couple of intriguing names that will be free agents after the 2015 season too. Alcides Escobar, of the Royals, has a team option for $5.25 million that will probably be picked up, but Ian Desmond of the Nationals will be completely free. Desmond will be 30 when he hits the open market in 2016, is good for 20+ homers and 20+ steals every year, and plays solid defense. I wouldn’t mind having that guy on the roster, would you?

The Yankees could always surprise us all by trading some of their young pitching for a young SS from a team with extra hands at the position (looking at you, Diamondbacks and Cubs), but I’m willing to bet we’ll end up with Drew for next year. That’s not something I’ll complain too much about, assuming they don’t decide to give away years, like they did with Ryan.

Hopefully we can expect more of these in 2015: