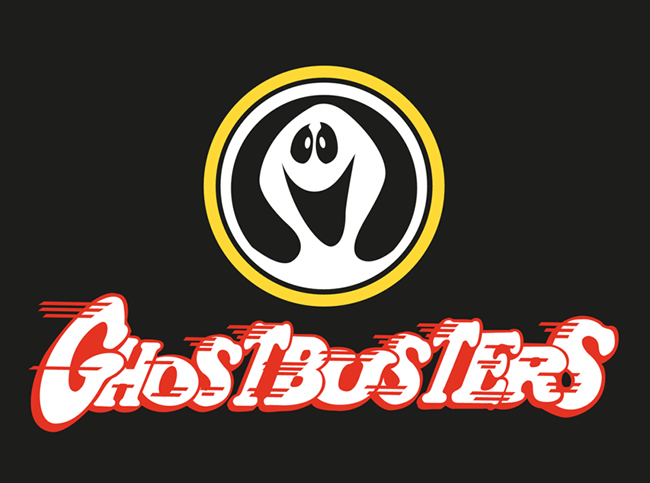 In case you missed it, the new Ghostbusters trailer dropped last week. This got the 80s tv nostalgia part of my brain going. I remembered the original movie, as well as the awesome sequel. Then, I remembered the cartoon. No, not the one based on the characters from the movie. That was called “The Real Ghostbusters.” Why, was the show based on Ghostbusters not called Ghostbusters, you ask? Because naming rights are a hell of a thing. Let’s go back and remember Filmation’s Ghostbusters!

First of all, I have to explain to you why this non-Ghostbusters Ghostbusters cartoon even existed. First of all, you all should know that the 1984 film we all know and love was not the first thing to ever be named Ghostbusters. Well, technically it was, but about a decade before that, there was a little live action television show called The Ghost Busters.

The premise here was fairly simple. Two dudes, Jake Kong and Eddie Spencer, made their livings as bumbling paranormal detectives. They busted ghosts. Pretty straightforward, right? Oh also, they had a gorilla named Tracy who helped them and drove their company car, which was a beat up old jalopy that barely worked. Yep. A jalopy-driving gorilla. The gorilla was, of course, played by a man in a crappy looking suit (think the suit from Trading Places).

When Columbia Pictures started production on Ghostbusters in 1984, they basically paid no attention to – or just didn’t realize – that this show by Filmation had already existed ten years earlier. After Filmation sued, Columbia agreed to license the name from Filmation for $500,000 plus 1% of the profits from the movie.

After the settlement, Filmation had hoped Columbia would license them the rights to the characters so that the two could work together on a cartoon based on the movie. Unfortunately, Columbia decided to go with DIC instead. Because he still owned the naming rights, Lou Scheimer, decided to cash in on the success of the Columbia hit by creating their own cartoon named Ghostbusters. It premiered just five days before The Real Ghostbusters could make it to air.

Scheimer decided to pick up where the 1975 live action series left off. In the cartoon version he created in 1986, Eddie and Jake’s sons, named Eddie and Jake, Jr., were now taking the over the family paranormal hunting business. This time, they had to rid the world of Prime Evil, a weird android wizard with evil powers. Think that’s dumb? Well, the “ghosts” they faced from episode to episode were often not ghosts at all… like Dracula, and a werewolf named Fangster. 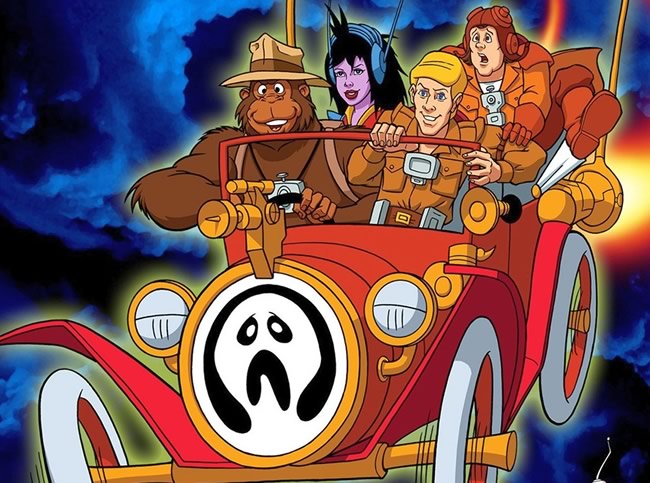 Although Jake and Eddie had retired, reliable old Tracy the gorilla was still around helping the boys catch their ghosts. The trio still had an old jalopy, which tracy still drove, but the car, named Ghost Buggy, Jr. (above), could change into many forms (trains, boats, etc), and spoke with a southern accent. Other recurring characters included Skelevision, Skelevator, Ansabone (a talking skeleton phone), Belfry (a little pink bat) and Futura (the purple-skinned female ghost buster from the future pictured above).

Sounds like horrible crap no? Well, rest assured, it was. Because Filmation was just trying to cash in on the name, episodes were hammered out assembly line style, with little thought given to things like plot and production quality. In just under four months, 65 episodes were made for daytime syndication. The rushed production schedule caused morale among the animation staff to plummet, as workers weren’t really able to do their best work because episodes had to be cranked out so quickly.

Anyway, this show was an unmitigated disaster; no question about it. That fact was made even more clear by the release of The Real Ghostbusters, which was head and shoulders above Filmation’s garbage show in every measurable and intangible manner.

Even the catchphrase was crap. “Let’s Go Ghostbusters?” Come on, man. I’ll take “Who you gonna call?” any day of the week!