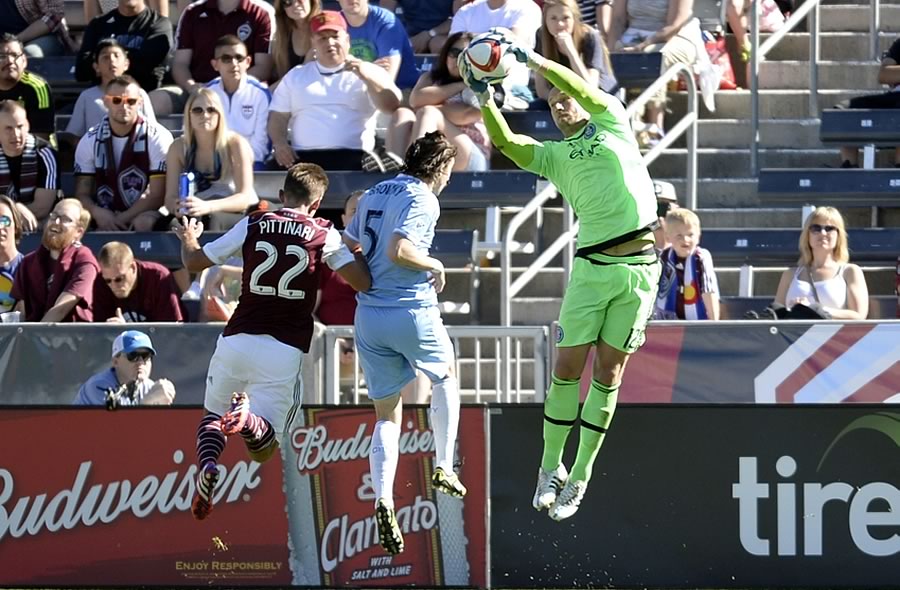 Sometimes you just wanna get out of town with a point. A 10-man NYCFC did just that on Saturday in Colorado, as they held on for a 0-0 draw against the Rapids in Colorado’s home opener. It wasn’t pretty, but good defense and great goalkeeping helped the light blues remain unbeaten.

I didn’t actually get a chance to watch this one. With March Madness and my fantasy baseball draft going on, NYCFC unfortunately had to take a back seat. From the box score, and a lot of what I’ve read and seen, I didn’t miss all that much–at least on offense. That being said, NYCFC’s defense continues to dominate opponents, which is a very good thing. The squad has basically pitched three shutouts so far this season. If not for a deflection on a 91st minute Kaká free kick in the season opener against Orlando City, they’d have two wins and a draw, all with 0 goals allowed. The NYCFC defense is made of up MLS veterans Jeb Brovsky and Josh Williams on the outsides, with Chris Wingert and Jason Hernandez in the middle, and they’re all playing very well. Let’s not take anything away from goalkeeper Josh Saunders either, as he had seven saves and now hasn’t given up a goal in 180 minutes. They’ve all been great.

The offense, however, definitely left a bit to be desired in this one. Coming into the match, Colorado hadn’t won in 14 games at home, having been outscored 38-10 during that stretch. They’d given up three or more goals seven times in that stretch, and after this one, they’re on a 330-minute scoreless streak. NYCFC really should have won this game, but they didn’t even get that many legitimate chances. David Villa had a good look in the 53rd minute, but the ball was saved by Colorado’s Clint Irwin. Once Shay Facey got his second yellow in the 82nd minute, all NYCFC could do was hang on to their draw.

Despite the disappointment of not getting a win against one of the worst teams in the league, a point is a point, and we’ll take that. NYCFC is now sitting atop the Eastern Conference with five points through three matches, which isn’t bad for the first three matches in franchise history. Good job, fellows.