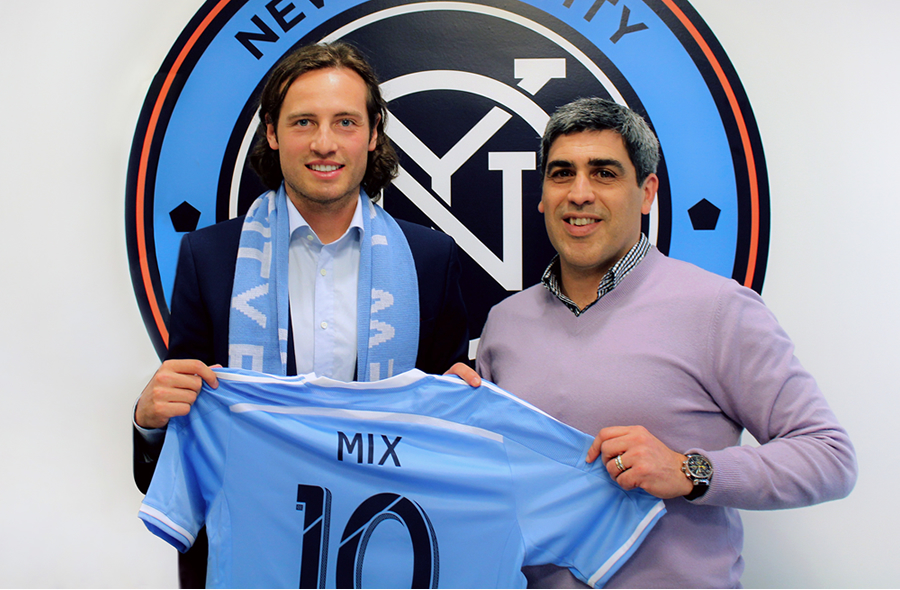 Being that the season kicks off at the end of the week, I figured we should all get to know the guys on our new favorite MLS franchise, NYCFC. Let’s start this week with one of the newest stars of MLS, and a guy that both NYCFC coach Jason Kreis and USMNT coach Jurgen Klinsmann are hoping will be one of the stars of this next generation of American players on the domestic and international scenes – Midfielder Mix Diskerud.

Actually, you can just call him Mix, which is what will be on the back of his jersey. There aren’t really any Americans currently pulling the one name thing off, so it’s nice to see one try… even if he’s Norweigian. That’s right, Diskerud was born in Oslo, Norway to a Norwegian father and an American mother. His maternal heritage is what makes him USMNT eligible, but that’s for another post. We’re here to talk about how he’ll help NYCFC.

Mix began his career playing for Stabæk Fotball, of the Norwegian Tippeliagen, where he played exclusively from 2008 to 2012, save for a loan sting with Gent of the Belgian Pro League in 2012. From 2012 through 2014, the 24-year old played for Rosenborg BK, also of the Tippeliagen. NYCFC used  their number one allocation spot (the wacky way MLS decides who has first dibs on expensive free agents) to bring Diskerud in on a free transfer, and here we are today. As a side note to this, Diskerud actually almost came to MLS in 2012, but his goal to play for the Portland Timbers was dashed by the very MLS transfer policy that allowed him to come to NYCFC. Oh that wacky MLS!

Here’s a quick scouting report on the kid from Oslo. Well, there’s a reason why Mix was given the number 10, which traditionally goes to the best playmaker of the team. Many greats have worn it, and Mix is hoping he’s the next one (he also wears it for the USMNT). While he hasn’t busted out on the national scene quite yet, he’s shown flashes of brilliant play making ability on all stages. At 24, and in MLS, he should be ready to enter his prime and take that next step. NYCFC is hoping he can do that this very year in the Bronx.