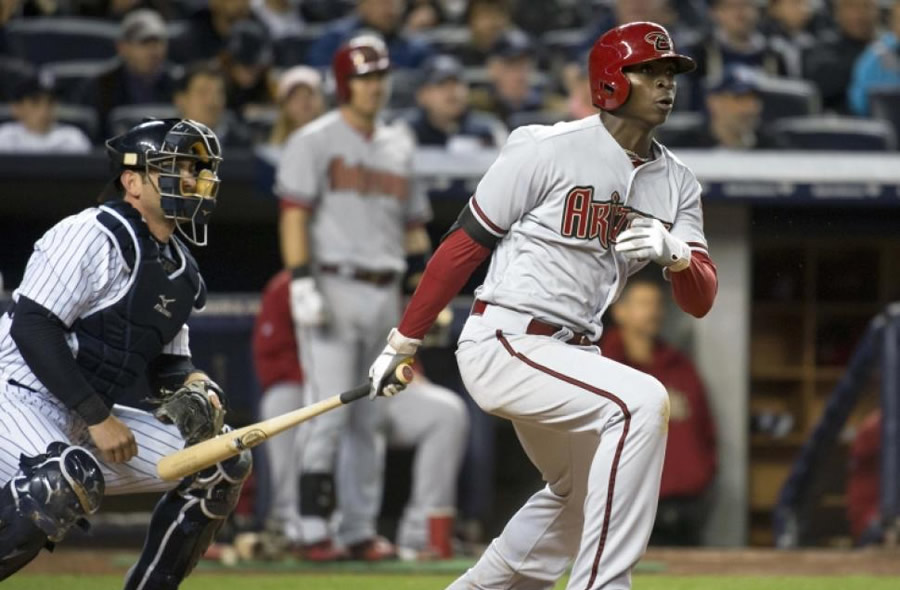 The fun part about baseball is that new faces appear every day. Whether a veteran goes down with an injury, or a stopgap journeyman proves himself unworthy of a roster spot, rookies get called up all year long. Thus, the spotlight must burn bright. This week, it shines on Arizona’s Didi Gregorius.

Didi isn’t supposed to hit. Scouting reports have him as one of those “mostly glove” major leaguers who will do his most damage against opposing hitters, rather than against opposing pitchers. Apparently no one told Didi that, cuz he’s tearing the cover off the ball so far for the D-Backs. His slash line is very intimidating through eleven games, as he’s racked up a .405/.444/.714 triple slash line with 4 doubles and 3 homers in his first 17 hits. Talk about a hot start!

Where did all this come from? Gregorius, who was born in Amsterdam, Holland but was raised in Curaçao, actually comes from a rich history of baseball players. His grandfather was a popular pitcher in Curaçao, and his father, Johannes Gregorius, played for a long time for the Amsterdam Pirates (among other teams) in the Dutch Hoofdklasse Honkbal. Overall, Johannes’ career spanned well over 20 years. Didi also has a brother named Johnny who has also played professional baseball in the Netherlands, Curaçao and even Italy.

Unlike his entire hurling family, young Didi was signed as a shortstop by the Cincinnati Reds in 2007, making his professional debut in 2008 with the Gulf Coast Reds at age 18. His climb up the minor league ranks was pretty steady, but he was only a career .267/.319/.375 hitter in the minors. He only managed 23 homers in his six seasons before the bigs, topping out at 7 homers two different years. His best batting average year was 2011, when he hit .289 while splitting time with the Reds’ AA and AAA affiliates. Like I said… mostly glove, right?

Either way, he made his Major League debut as a 22 year old last September with Cinci. In 8 games, he hit .300, but all of his hits were singles. This was basically what the Reds thought they’d get from Didi, so when an opportunity to improve their team came up during the off-season, they traded him as part of a three-way deal with the Diamondbacks and Indians. It’s a bit complicated, but the Reds ended up getting Shin-Soo Choo, Jason Donald and cash to the Reds and the D-Backs ended up with Gregorius, Lars Anderson and Tony Sipp (Cleveland ended up with Matt Albers, Trevor Bauer, Bryan Shaw, and Drew Stubbs from both teams).

The D-Backs started Didi at AAA this year, but called him up in mid-April to play against the Yankees. Didi homered off of Phil Hughes in his first at bat of the season. Most people were surprised, but the way he’s continued swinging the bat, maybe they shouldn’t have been. While Didi did spend some time on the DL already this season due to a concussion after a beaning, it looks as though he’s healthy and swinging away.

Anyway, that’s who Didi Gregorius is. That’s where he came from. That’s how he got here. Where will he go from here? Only time will tell.