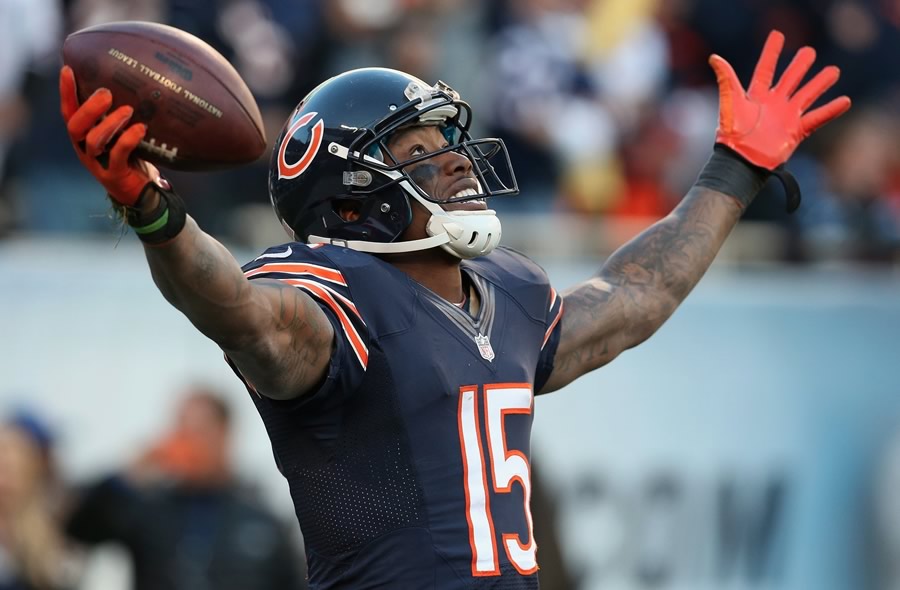 [dropcap]L[/dropcap]ast year, the Jets traded for troubled wide receiver Percy Harvin from the Seattle Seahawks. It seems they really enjoyed that, because they just traded a fifth round pick (really, that’s it?) for another troubled wide receiver, Brandon Marshall, formerly of the Chicago Bears. Is this a good move for the Jets?

Like Harvin before him, Marshall has always been a bit of an off-field distraction wherever he’s gone. granted, many of Marshall’s troubles could possibly be credited to the fact that he has been diagnosed with borderline personality disorder, but he has basically worn out his welcome everywhere he’s been. I’m not saying he’s a bad person, or a trouble maker, but he seems to find himself in questionable circumstances whenever he’s not on the field (like when he tried to box a Lions’ fan last year or when he called out Jay Cutler in the locker room after a loss to the Dolphins). I think Marshall’s problems tend to be more head-shake-enducing, rather than flat our infuriating, like when Harvin fought everyone on the Seahawks last year… before he was traded to the Jets.

As far as talent goes, few receivers in the league match up with the 30-year old Marshall. At 6’4″ and 229 lbs, he provides a huge target for whoever is throwing him the ball, and he has the hands and quickness to be a real threat anywhere on the field. Health could be a concern though, because injuries limited Marshall to 61 catches for 721 yards and 8 TDs in 13 games last season. On paper, this is still a great acquisition for a team whose receiving corps were awful prior to signing Eric Decker last season. Even though they are expected to release Harvin now that they have Marshall, The Jets really have strengthened their offense with this move, assuming Marshall stays healthy.

The problem the Jets might face, even if Marshall is healthy, is that they still have Geno Smith under center. Smith, whom the Jets took with the 39th overall pick in the 2013 draft, has yet to establish himself as an NFL quality quarterback. In two years as the Jets primary starter (when they weren’t teasing everyone with Michael Vick), Smith has a QB rating of 71.5, and just 25 TDs compared to his 34 INTs. You can paint your targets as pretty as you want them. If the guy aiming the gun can’t hit the side of a barn, they’re gonna go to waste. This is basically a make-or-break season for Smith, and the Jets are hoping a full year of Marshall and Decker will help get Geno over the hump. I don’t think Marshall will react well if he’s open every play and Smith keeps throwing the ball to opposing defenders.

This should be an interesting addition to the Jets roster, and, despite the fact that I don’t like the Jets, I look forward to seeing how it all works out.

Here’s an example of what Marshall can do: