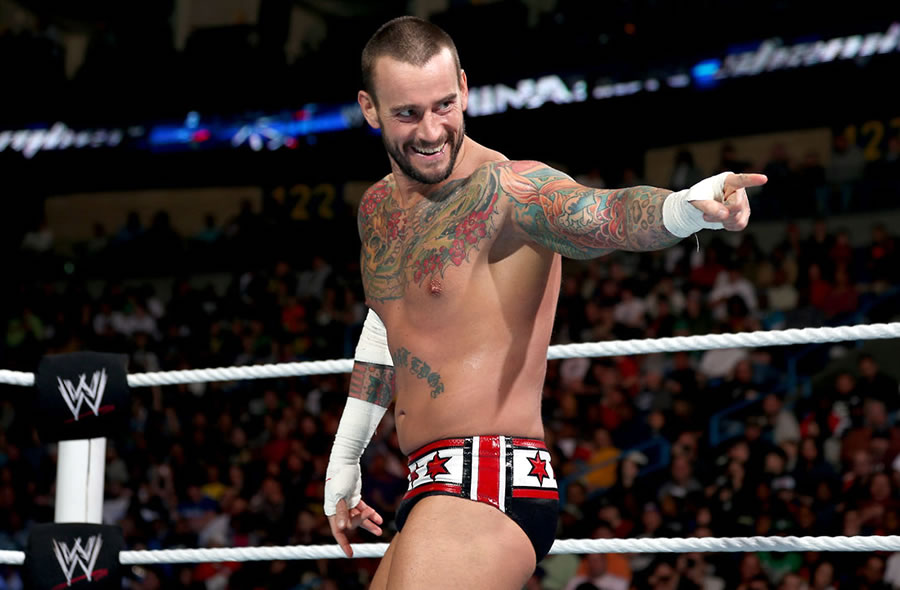 On Saturday, December 6, just before UFC 181, Dana White and former WWE Superstar Phil Brooks, aka CM Punk, announced that they had formed a new relationship. It seems that Punk has signed a multi-fight deal with UFC, where he will compete at about 185 lbs, or about 20 lbs less than his wrestling weight. Is this a good move for the “Straight Edge Superstar?” Let’s take a bit of a closer look.

First of all let’s talk about why this is a good move. I know wrestling is predetermined, but the good pro wrestlers – the ones that are truly dedicated – keep themselves in top physical condition and have excellent cardio. Second of all, I’m sure UFC owner Dana White is paying him a good amount of money, otherwise I’m sure this deal wouldn’t have come together. Punk isn’t going to be competing on the Next Ulitmate Fighter, or starting out fighting in bars against guys named Bubba and Earl. Punk is there to make money for both himself and UFC, and he’s going to be a high profile kind of talent there. I won’t speak to how much of a real tough guy Punk is, because I legitimately don’t know, but I feel like he wouldn’t be doing this if he didn’t alrready have some kind of fight training, right? Also, he’s not fighting immediately, and will have time to train and pick up any new MMA strategies he might need.

Punk also won’t have any trouble dealing with the pressure of performing in front of live crowds, which is good. The guy has spent significant time at the forefront of the the biggest sports entertainment company in the world. On top of that, his WWE experience should help him gain a UFC fan following, because he’s been pandering to live crowds and telling stories in and out of the ring for his entire adult life.

Now let’s talk about the negatives. For one, Brooks is 36 years old. In the WWE, one could argue that age 36 represents prime years for any of Vince McMahon’s superstars. However, the UFC is a young man’s game. There are legitimate tough guys that can fight into their 40s, but it doesn’t seem to me that’s all too common. The current UFC Middleweight Champion, Chris Weidman, is 30. The current light-heavyweight champion, Jon Jones, is just 27. If you look at all of the champions in UFC, only the current interim Heavyweight Champion, Brazilian international Fabrício Werdum at 37, is older than Punk. No other men’s champion in any division is older than 32. Also, not for nothing, but have you seen Fabrício Werdum? Punk is no Fabrício Werdum.

Punk will be holding court with a different backdrop from now on.

Punk’s age, and inexperience are a huge disadvantage, and might get him hurt. Does this sound like a guy who is ready to step in against the best real fighters in the world?

“Just for the length that I’ve known Rener and been working with him, I would definitely say my base is jiu-jitsu. I’m by no means like a kickboxing whiz or anything like that but I intend to be as well rounded as I can before I step foot in the cage.”

It seems to me he’s not really sure what style he’ll be using in the cage. That’s something that he needs to have 100% figured out by the time he gets in there. I have all the confidence that he’ll make that decision in plenty of time to train, but again… is there enough time for a guy his age to become proficient enough at a style to use it in a legitimately dangerous fighting environment? That’s not to say professional wrestling isn’t dangerous. it’s just a different kind of dangerous. Being unsure and tentative will get you beat to hell in a UFC cage.

Look. I have no doubt that Punk, or maybe he’ll be billed as Phil Brooks, will put his all into this endeavor. He’s not going to go into this half-assed, because that would be a recipe for disaster. I question if, at his age, this is the right move. You can point to a guy like Brock Lesnar, who turned to UFC in his 30s after a career as a professional wrestler and was heavyweight champion in his mid-30s, as a sign that people can make the transition from the professional wrestling world to the mixed martial arts world and be successful. Have you seen Brock Lesnar? The guy is a physical freak. I’m pretty sure he’s destined to be the next bearded old man beating the crap out of a thug on a public bus when he turns 70. CM Punk is no Brock Lesnar.

I do wish Punk all the luck and success in the world as he enters his new career. I guess I just wish he were still in WWE, where I could enjoy his talents every week. Be careful out there, Punk. I still hope to see you back in WWE some day.