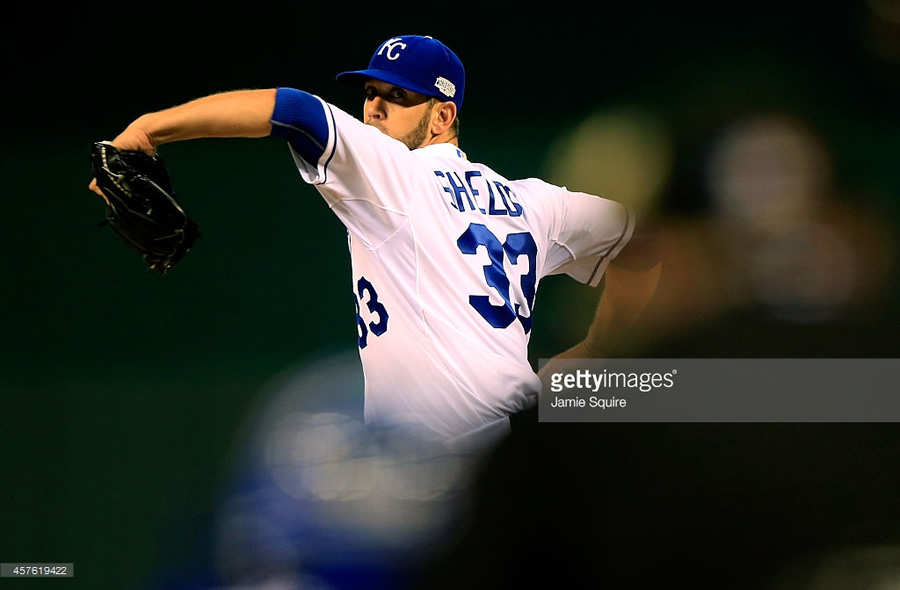 I have stayed away from commenting on James Shields so far this off-season because the Yankees have made it clear that they’re not interested in any big year, big money contracts. Yesterday, however, our very own Tanya Bondurant posted about a new rumor that the Yankees might be pursuing Shields after all. Could it be possible for the Bombers to get Shields at a discounted price now that it’s February and spring training is right around the corner? If so, should they be taking a look at the 33-year-old “Big Game” righty?

First of all, let’s review the market for Shields. Unfortunately for him, it seems that the demand for his services had taken a complete nosedive until very recently. Every other big name pitcher has already signed, and most teams are settling for in-house or less expensive options, like Francisco Liriano (Pirates), Edinson Volquez (Royals) and Ervin Santana (Twins) for their rotations. It’s also hard to drum up a big salary demand when all of the big teams, like the Red Sox, Dodgers and Yankees, have stated publicly (at least up until this latest rumor) that they don’t want to meet your demands. Also, with a possible international draft looming, and many teams just shifting focus away from free agency, teams are seemingly more hesitant than ever now to give up draft picks, which any team that signs Shields will also have to do. Teams are probably also looking at Shields’ age and innings totals (hasn’t dipped below 200 innings since his rookie year) and thinking that they don’t want to commit to any kind of long term deal for him anyway.

This all means that Shields, who was looking to cash in on his first free agency (he had previously signed an extension with the Rays in 2012 before being traded to Kansas City last year), is now looking at a significantly lesser contract. At the beginning of the offseason, it seemed the California native would probably end up signing a five year, $100+ Million deal, and now he might be lucky to get four years and $70-80 Million (I know, poor him!).

As far as the Yankees go, I understand that their offseason plan has been to get younger and cheaper. I also understand that, when I look at contracts like those of CC Sabathia, Mark Teixeira and Alex Rodriguez, it makes me want to vomit, and I’m not even the guy who has to pay them. I can totally see why the Yankees wouldn’t have any interest in signing Shields to a five-year deal – or a four-year deal even. But what if? Just what if… the price for Shields has dropped even further? What if word has come down that Shields is willing to sign for three years and $50-60 Million. Doesn’t he become that much more enticing then? Now, instead of paying him $20-25 Million per year until he’s 38, they’d be paying him $15-20 Million until he’s 36. Doesn’t that seem so much better? The move wouldn’t block any prospects for more than a couple of years, nor would it put another albatross around the neck of the payroll. They’d be out from under the deal the same year they send A-Rod packing. Having Shields in the rotation would provide stability, as well as another top of the line type guy, and could propel the Yankees back into the post-season.

With rumors flying that Shields might sign by the end of the week, I hope Cashman’s at least got his swim trunks on under his suit. The water might be starting to look mighty fine. What do you guys about the Yankees possibly adding Shields?