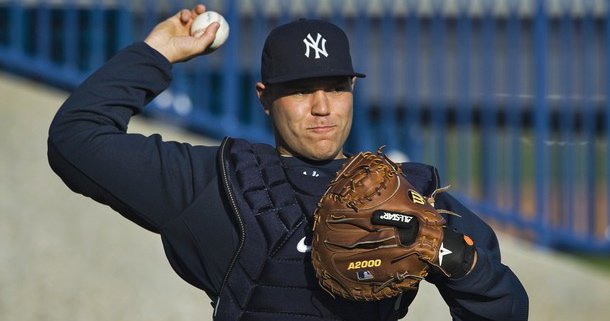 Over the weekend, there was a big hullabaloo between the Yankees and the Blue Jays because, according to Russell Martin of the Yankees, the Blue Jays were stealing signs from him. This allowed them to know what pitches Bartolo Colón was throwing on Thursday, which led to them pounding the Yankees for eight runs in the first inning and sixteen overall in the game. Martin said: “You move your head one way it’s a fastball, you move your head the other way it’s a slider. It was pretty blatant.” That sounds pretty terrible, doesn’t it?

I know some of you out there are thinking… cheating? In baseball? How dispicable! How awful! Throw the bums out of the league and fine them millions of dollars! I’m willing to bet those people are the same people who thought Uruguay’s Luis Suarez cheated during last year’s World Cup quarter-final game against Ghana when he used his hands to stop a goal as time expired. Guess what, Suarez wasn’t cheating, and neither are the Blue Jays. Why? Because anybody with any drop of competitive fire in their bodies would do and has done the same thing in one way or another. Stealing signs, like keeping the ball out of the goal in soccer, is part of baseball. It has been for almost 150 years.

Ever since the game began, people have been trying to find ways to win. Stealing signs is part of it. If the pitcher nods his head every time a curveball is coming, and you tell your teammates, is that cheating? No. It’s called being a smart hitter and figuring out what’s coming. In this case, the catcher’s signals are so simple that the other team is able to pick up on them and relay the information to their teammates. Is that a bitch move? Yes. Is it “bush league”? Yeah, a little. Is it cheating? Absolutely not. And you know who said it wasn’t cheating? Russell Martin himself. “It’s up to us to catch it and change the signs,” Martin said. “I’m not blaming them for anything. … It’s one of those things you don’t really talk about, but it’s part of baseball. It’s always been.”

I guess my question is… If you know it’s part of the game, and you know everyone does it, you know that it’s up to you to change your signs to make it harder, and you know it’s something that isn’t talked about… why are you crying about it to the media? Is Martin saying that the Yankees don’t steal signs or do anything that might give them that type of competitive edge? If he is, then he’s crazed. It’s not like the Jays paid Bartolo Colón to throw them meatballs or tell them what was coming. That would be cheating. They just figured out what was coming and when, and they took advantage of it.

Again, sign stealing is not cheating. You know what is? Steroids. You know what else is cheating? Hitters corking bats, pitchers scuffing up the baseball or putting foreign substances on it (You put snot on the ball?), and runners putting rocket packs in their shoes to help them steal better. Ok one of those would never happen, but I hope I’m getting my point across here. It’s up to teams themselves to protect their signs so that they’re not getting stolen. If their signs are getting stolen, it’s up to them to change the signs to make them harder to decipher. Also, if the pitcher is making good pitches, it doesn’t matter if the hitters know what’s coming. Two days after Colón got wrecked, CC Sabathia pitched eight innings and allowed one run to the same Jays team. The day after that, Phil Hughes gave up only two runs in six innings… See where I’m going with this?

The final argument some of you might use is that there’s an unwritten rule about sign stealing and that you shouldn’t do it. I say, if they want something to be a rule, write it down. Put it in the rule book, and penalize teams that break that rule. No one has ever been suspended, reprimanded or admonished in any way whatsoever for stealing signs. There are teams that have put guys in the upper deck with binoculars in order to get signs. While I feel that’s going a bit far, I still believe that if it’s not against the official rules, then don’t cry about it when it happens. If you see a base runner stealing signs, then hit him in the back his next time up. He’ll probably think twice about his sign stealing the next time around.