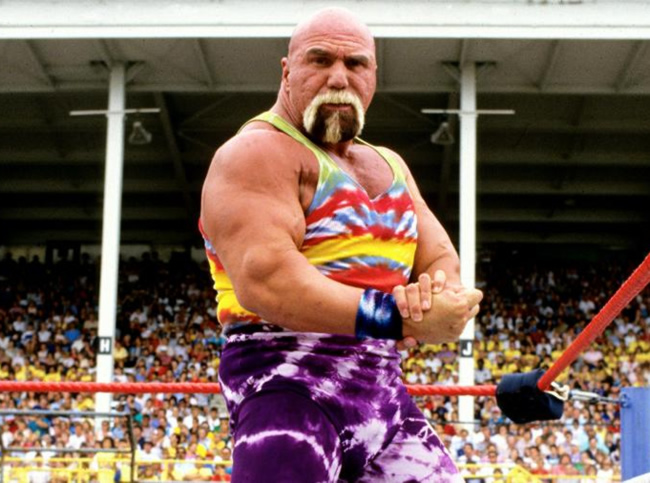 So I recently went on an impressive reading run, taking down like five or six books in the last few weeks. Was I reading all the free Kindle classics I got from Amazon? Was I losing myself in the pages of Les Miserables, A Tale of Two Cities or perhaps Homer’s Odyssey? Of course not, people. I was reading the autobiographies of great professional wrestling legends from the 1970s and 80s. Don’t worry, I’m almost through this phase, and then I’ll read something intelligent, but for now I wanted to tell you about my latest read, the Autobiography of “Superstar” Billy Graham. I came around a little too late to see him in his prime, but I remember the broken down version during his return to the then WWF in the late 80s as a manager for “Magnificent” Don Muraco. What I didn’t know at the time was that I was watching one of the biggest drug addicts in the industry, and a man on the verge of a total physical and mental breakdown.

Wrestlers have inflated egos. It’s why they are successful. It’s often why many end up dying young or living, but without a penny to their name. They think they’ll be around forever and that their popularity will never dwindle. There are very, very few guys that can go out there and perform convincingly into their 50s and 60s. Unfortunately for him, Superstar Billy Graham was not one of these guys, but he lived his early life like he sure thought he was. While he ended up as one of the most copied wrestlers in history, whom guys like Hulk Hogan, Jesse “The Body” Ventura and Scott “Big Poppa Pump” Steiner can thank for basically their entire personas and look, It wasn’t always like that for him, and it wasn’t always fun.

This is not a story of partying, living it up and having fun (like Ric Flair’s autobiography). Graham, whose real name is Wayne Coleman, actually lived a very interesting life. He always loved body-building, which is how he met and befriended a young Arnold Schwartzenegger in Phoenix, but he spent much of his early 20s preaching the word of the lord as a Born Again Christian. Imagine a 6’5″, 260 lb muscle-bound behemoth telling you to go worship Jesus Christ as your savior… I might have joined too!

The problem with Wayne was that he never really had a passion or desire to be good at anything other than lifting weights and doing every steroid he could get his hands on. Seriously. Reading this book I couldn’t believe some of the steroid binges the Superstar told stories about. He didn’t stop there though. At the height of his popularity, in the 1970s, Graham was uncontrollably addicted to drugs. In this book he does a wonderful job of describing his slow spiral into addiction. He explains how he always loved speed, but that led to sleepless nights, so then came the downers. Then, as he worked injured, he would need pain killers. He gets a little into the seedy underbelly of how medics who were “marks” (or big wrestling fans), would basically write him any prescription he asked for.

It’s hard to pin down what this book was really about. Coleman does a great job covering his travels, and the book is peppered throughout with commentary from his family, friends, former fellow wrestlers and promoters. You get a real sense of how everything he did, both good and bad, affected the people around him, especially his wife. The parts about his drug addiction and subsequent health problems are sometimes pretty heart-wrenching to read. The parts about his fun times on the road and in the ring are entertaining and fun. You go from laughing at his “The man with the power, too sweet to be sour” antics on one page, to heart-wrenching sympathy over his overdoses on the next.

It really is a minor miracle that Wayne “Superstar Billy Graham” Coleman lived long enough to write this book. He overdosed on drugs twice (that he talks about), he’s suffered gruesome injuries and bodily-breakdown from steroid consumption (some of these are even hard to read about) and he even survived a liver transplant not too long ago. Even if you don’t like wrestling, you’ll become enthralled by the story of the man himself.

I’m glad he’s lived through this all. Go check the book out though, it’s a good one.

Some video of the Superstar in action: