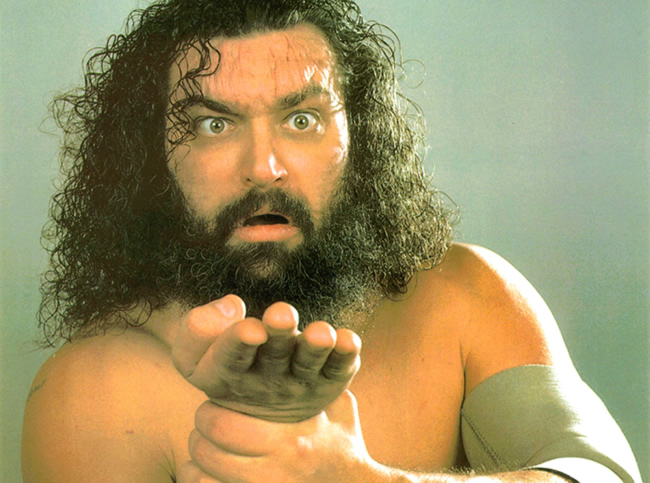 Today we are debuting a new book review style column for the blog. However I would first off like to apologize to you loyal readers for the hiccup in content of late. We’re launching a big ol’ project at the day job, and it’s led to many late nights at the office and complete lack of creative energy outside of it. Also, the Yankees haven’t shown up for the offseason yet, which makes it hard to motivate as well.

Anywho, the new series, Get Your Read On, is basically going to be the Jobu’s Rum Book Club (which might end up being the title of the series anyway). When I have time to, I’ll read a sports related book and review it for those of you who want to read more than just a few hundred words from Old Jobu at a time.

For some reason, I’ve been big into 70s and 80s wrestling of late. Maybe it’s because today’s product just isn’t as appealing to me, and maybe it’s just another new thing to learn about, but either way this zest for knowledge about the era led me to read this month’s Get Your Read On book, Brody: The Triumph and Tragedy of Wrestling’s Rebel, By Larry Matysik and Barbara Goodish.

Some of you may have no idea as to who Frank “Bruiser Brody” Goodish was. I had heard the name many times, and knew that he was stabbed to death in Puerto Rico during a skirmish with a promoter, but that’s really the crux of my knowledge. After reading a couple of brief things about his death, and about his character, I decided to give the book a shot.

The format of the book is pretty straight forward. Matysik talks mostly about Frank Goodish the wrestler (whom he also considered a close friend) and Barbara Goodish, Frank’s former wife, lets you in on what kind of person, friend and husband Goodish was. The authors basically switch off chapter by chapter, regaling the reader with stories (both good and bad) of exactly who Frank Goodish was, who Bruiser Brody was, and how one man managed to balance both identities in his personal and professional life.

I’ll say it right now, it’s not the best written book I’ve ever come across. Barbara Goodish sometimes writes more like a wife than an author, and Matysik tends to gush about Brody’s legendary abilities and backstage power plays. Both sides do try to acknowledge that Frank wasn’t perfect, though. Matysik tells the stories of how Brody often used his ability to draw money to strong-arm promoters into paying him top dollar. That kind of independence was revered by promoters, who were used to basically doing whatever they wanted with whatever talent walked out the door, not to mention the gate receipts. Barbara Goodish, meanwhile, talks about Brody’s extensive travel schedule (sometimes wrestling in several cities per week and spending weeks at a time in wrestling in Japan) and the fact that he dabbled with performance enhancers for a time as well.

I won’t give away too much, but both authors do a good job of explaining why Brody’s personality and tactics, the good and the bad, were all motivated by his desire to be the best father and husband he could be and helped improve conditions for professional wrestlers all over the world in an era where wrestlers were thought of as little more than cattle by promoters. The book also does a great job of explaining the territory system of wrestling promotions, and how completely different it was for wrestlers trying to make a living back in the 70s and early 80s, as opposed to today’s Vince McMahon dominated industry.

Overall, it’s a pretty quick and interesting read if you enjoy the subject matter and want to learn about a legendary wrestler who was taken away from the world way too soon and really doesn’t get the recognition today that he deserves.

Buy it on Amazon