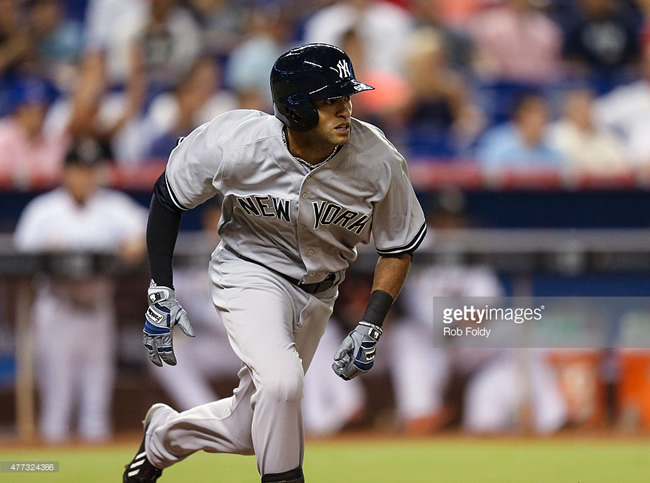 Mason Williams’ climb through the Yankees’ system has been nothing short of a rollercoaster ride. From top prospect to on the brink of bust-dom to homering in his first major league start to shoulder surgery, Mason’s career has been a bit nutty so far. Let’s see how it all started, and where it all might go.

The journey started when the Yankees took Williams, whose father, Derwin Williams, was a wide receiver for the New England Patriots from 1985-1987, out of Orange High School in Winter Garden, Florida in the fourth round of the 2010 draft. The team signed Williams for $1.45 Million and sent him to the Gulf Coast Yankees of the Rookie League to kick off his professional career. Because of his elite defensive ability, his athleticism and hitting ability, scouts thought Williams could potentially some day carry on the legacy of great Yankees centerfielders. Unfortunately, the power of positivity surrounding Williams would come crashing down over the next two seasons.