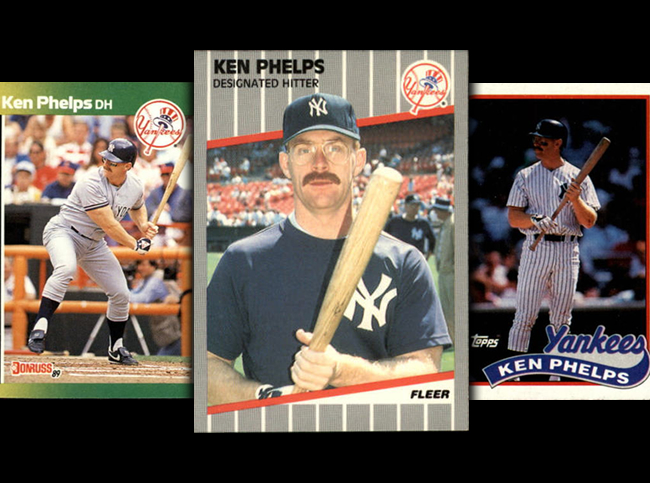 Those of you who were huge Seinfeld fans will remember George Costanza’s father yelling “What the hell did you trade Jay Buhner for?!” at George Steinbrenner. Let’s see the guy the Yankees got back in that terrible trade, Ken Phelps!

One thing you have to remember about any trades or signings the Yankees made in the 1980s, is that George Steinbrenner was completely insane, and often forced his executives to do ridiculous things on whatever whim hit him on any given day. That’s why, on July 21st, 1988, in support of Steinbrenner’s quest to acquire a left-handed hitter who could mash some taters towards the short porch in right field, Yankees GM Bob Quinn sent prospects Jay Buhner, Rick Balabon and Troy Evers to the Mariners for Ken Phelps.