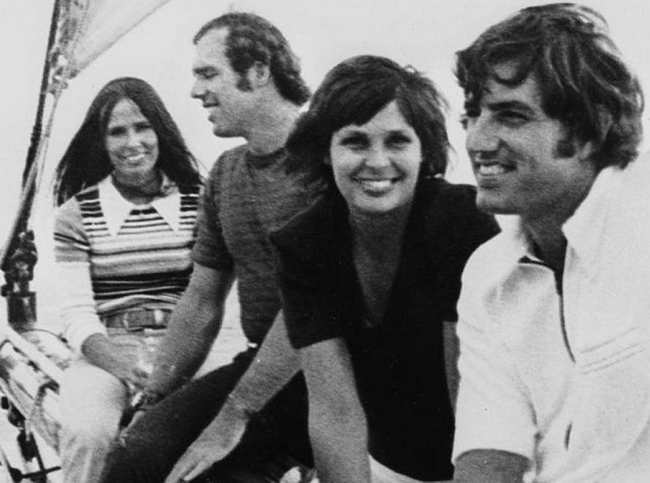 I’d like to think that most of the people in my audience have at least heard of the tv show Wife Swap. The concept is exactly what it sounds like. Couple A and Couple B swap spouses for a week, and insanity ensues. You know what’s even more insane? When it happens for real, and the husbands doing the wife exchange are teammates on the New York Yankees. Guess what? It ends ugly.

Fred “Fritz” Peterson was signed by the Yankees as an amateur free agent in 1963, and by 1966 he was a staple of the Yankees rotation. He won 20 games in 1970, and won 101 games for the team from 1966-1972. Mike Kekich took a different route to the Yankees, having originally been signed as an amateur free agent by the Dodgers in 1964 and traded to the Bronx for Andy Kosco prior to the 1969 season. Kekich was not as valuable to the team as was Peterson, but he split time between the bullpen and the rotation and was a solid innings eater for the team. 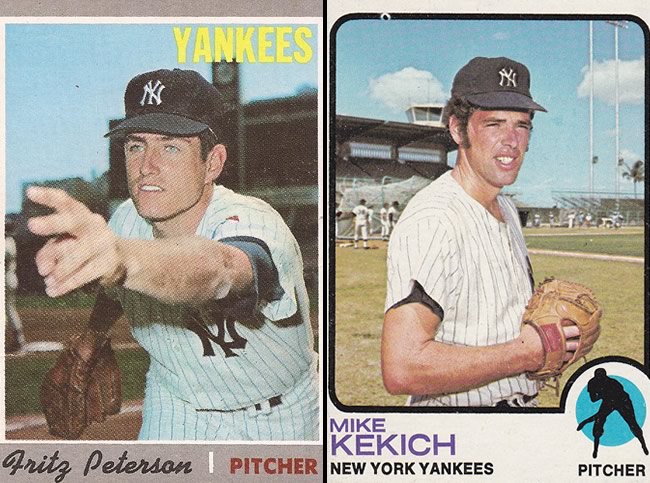 On March 5, 1973, the two announced to the press that they had traded families over the offseason. Yep. It seems that the two men and their wives had become fast friends throughout their four years on the team together… like really good friends. Let’s keep in mind that this was the 70s, and people were into some weird shit. While on a double date during the 1972 season, the two hurlers and their wives discussed the new wife swapping phenomenon that was sweeping the nation. Later that summer, after a drunken party at a sportswriter’s house, shit was on. The couples agreed to meet at a diner, but Fritz rode with Kekich’s wife, Suzanne, and Kekich rode with Fritz’s wife, Marilyn.

In October, the new couples became official, and both men had new families. Oh yes. I said families. You see, both couples had children. So when they decided to exchange wives, they also decided that each man would be good parents for the other’s kids. You guys were all in on this story until you found out there were kids, right? I didn’t even mention the fact that a dog was involved. Yeesh.

I’d like to establish that this swap wasn’t done on a whim. Ground rules were set out. The pairs would try this new arrangement, but if any of the four became unhappy, they would all go back to their original pairings, with no questions asked. I mean, what could go wrong with letting another man take your wife and kids and inheriting that same man’s wife and kids in the process? Everyone’s gonna end up happy there, right? Sigh. Just hold onto your ass, because this story is about to take a turn.

Fritz and Suzanne immediately adapted to their new lives, and were the epitome of the happy new couple. Mike and Marilyn’s union was not as smooth. After a few hot and heavy months, the two realized they didn’t want to be together anymore, and approached Fritz and Suzanne about reversing the trade. For a time, the couples did go back, but Fritz’s love for Suzanne was just too strong.

“I just told Marilyn I just have to have Suzanne and Marilyn said she was in love with Mike.” – Fritz Peterson

On December 14, 1972, Fritz and Suzanne got back together. There would be no turning back. You know what makes spring training awkward? When the guy you’re supposed to be in the rotation with shows up to camp with your ex-wife and kids, and his ex-wife is there with you, but still trying to get back together with him. Talk about a pickle, am I right? Even as their once rock-solid friendship disintegrated, the two tried to remain professional about the whole thing. Each wished to stay with the Yankees (probably so they wouldn’t be traded far away from their children), and each wished the other well for the season.

Fritz and Suzanne basically lived happily ever after. They got married and had four children of their own. Mike, meanwhile, watched his entire career unravel along with his personal life. He pitched terribly early in the season, and was traded to the Indians for Lowell Palmer in June.

“My whole career went into a black hole [after the swap]. It was awful.” said Mike. He also added: “The only way I could justify giving up my daughters was for a love far greater than any I have ever known. By American standards, Suzanne and I had a good marriage. But I wanted a great marriage. I was idealistic, I guess.”

You know what they say, Mike. A bird in the hand is worth two in the bush. Especially when your teammate decides he likes your bird better than his own bird, and takes your bird and kids home with him forever. Right?

But wait, there’s more! In 1974, while pitching for the Indians, Kekich got hurt and released in March. Needing another starting pitcher to fill the void, the Indians went to the trade market to see if they could find a match. They called up the Yankees, who just happened to have an extra arm they were willing to trade. In April, the Yankees traded Fritz Peterson, Fred Beene, Tom Buskey and Steve Kline to the Indians for Chris Chambliss, Dick Tidrow and Cecil Upshaw. Much like Suzanne the year before, the Indians also seemed to think Fritz Peterson was the better man for them than Kekich was. Oof.

Both men hung onto what was left of their careers until the late 70s, but were never the same after the spousal switch. I think the lesson here is that switching wives with your best friend might seem like a super cool idea, but you probably shouldn’t do it. It’s all fun and games until one guy loses his family, career and overall happiness, and basically becomes a hermit for the rest of his life.

Don’t worry, folks, Kekich eventually remarried and had another kid. He then swapped wives with his new best friend, which also ended poorly. Just kidding! He did remarry, though, but he refused to have any friends for the rest of his life. Just kidding again! Well… I hope I’m kidding again, at least.