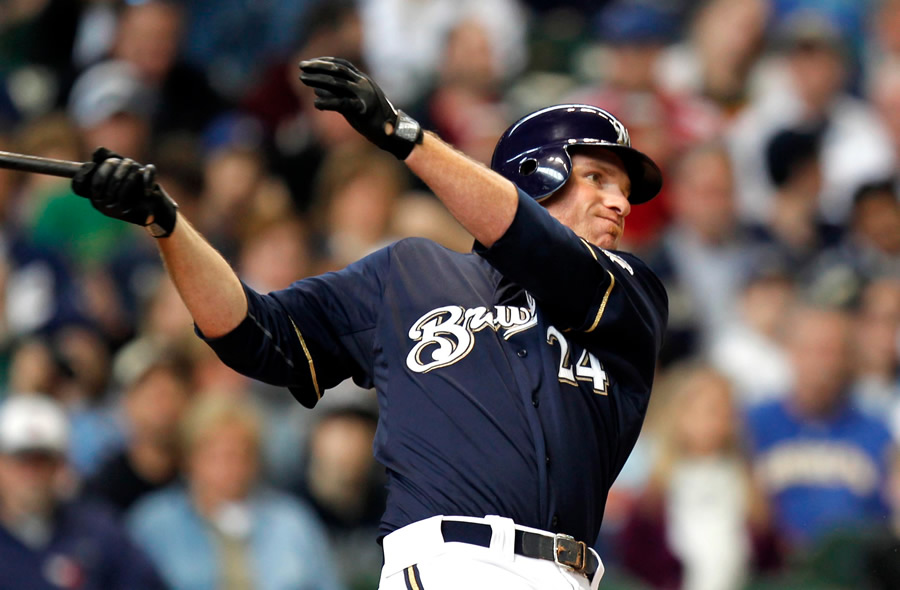 [dropcap]O[/dropcap]n Friday afternoon, the Yankees announced that they had signed former Milwaukee Brewers top prospect Mat Gamel to a minor league deal. Where does Gamel fit in, and is it possible that they Yankees have picked a hidden gem out of the scrapheap here?

First of all, a little backstory to explain why a former top prospect is, at 29, having to sign an unguaranteed minor league deal. Over the last few years, Gamel’s career has really become a tragedy. In 2009, there were two sure things in life: one was that “I Love College” by Asher Roth was the greatest song ever, and would never get old; the other was that Mat Gamel was going to be the next great Milwaukee Brewer. Gamel had pounded his way through the Brewers’ minor league system and earned himself a 61 game call up to the bigs. He struggled a bit, but showed enough to make people think maybe he had something. Unfortunately, he wasn’t able to establish himself as a major leaguer over the next few years. In 2012, it all started to go to hell. That May, he tore his right ACL and missed the rest of the season. He tore it again in spring training of 2013, and injured it yet again working out before the 2014 season.

So, what can he possibly provide for the Yankees? We really can’t assume anything from him. If I were a betting man, I’d put money on Gamel never cracking a major league lineup ever again. I’m not saying I wish this for him, or that he can’t overcome all the adversity he has faced, I’m just using logic. This is a guy who has barely gotten on the field over the last four years, and was teetering on being a bust before he even got hurt to begin with. Also, the Yankees are already pretty set at first base in the upper minor leagues, with Greg Bird at AA Trenton and Kyle Roller at AAA Scranton/Wilkes Barre. Even High-A Tampa is spoken for, by 22-year old Mike Ford. I think, at best, Gamel is looking at hopefully landing some DH at bats somewhere in the minors, assuming his knee holds up long enough for him to get into some games.

One interesting note here, and one that is not lost on this author as a possible reason why Gamel got a look from the Yankees, is that Mat’s younger brother Ben Gamel has been in the Yankees system for the last five seasons. Last year, Brother Ben had his first full year at Trenton with the Thunder, and he did pretty well, slashing .261/.308/.340,  although with very little power. Ben is more of a line drive and hustle type player, and he looks pretty mean in this Spiderman uniform. His ceiling is nowhere near where Mat’s was once thought to be, but it would be neat if the two got to play together this year, whether Mat goes to AA or Ben meets him in AAA. The dream, of course, would be for both of then to end up in the Bronx one day, but that’s pretty far fetched at this point.

Good luck to Mat as he continues his comeback attempt, and welcome aboard.