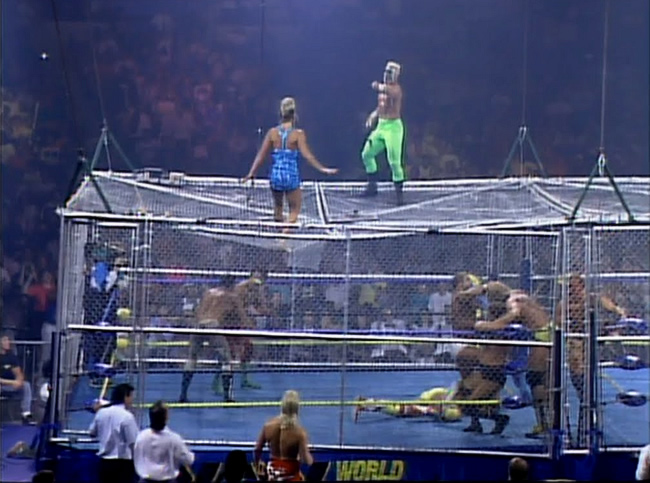 How many of you watched the “Asylum” match at WWE Extreme Rules and thought… “What the hell is happening here? Is this really the best way WWE can think of to use a cage? A bucket and mop? A potted plant??”

All that match did was bore me (until the thumbtacks) and make me realize that WWE overthinks everything way too much. The best cage idea of all time has already been invented, and it’s been dormant since the heyday of WCW.

I think it’s time to bring back WarGames!

An Idea from Beyond 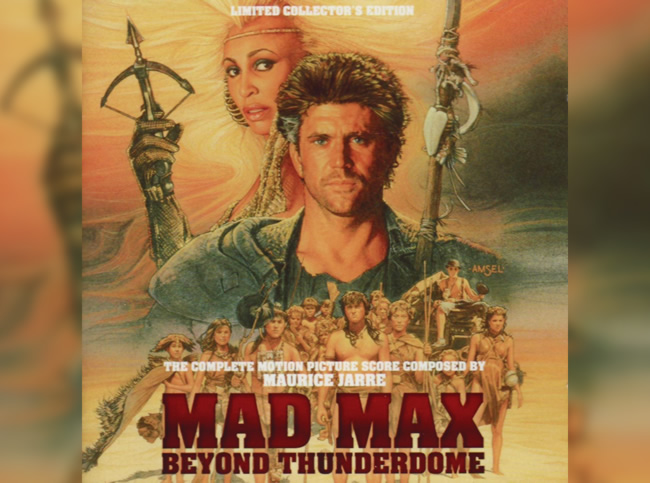 What do post-apocalyptic Australia, Tina Turner and Mel Gibson have to do with wrestling? If you said nothing, you’re wrong; and you don’t know the great Dusty Rhodes very well.

That’s right, The son of a plumber himself created this innovative and unique match–something that can be said about a lot of the cool stuff that came out of the NWA in the 80s. His main inspiration? According to WCW War Games: WCW’s Most Notorious Matches, Dusty was a huge fan of Mad Max Beyond Thunderdome.

I can just picture The American Dream presenting this idea to the NWA brass… “Now babyth… you gotta lithen to the ame’ican dream right now. I’m tellin’ you babyth… this match heyah is the coolest dang thang you evah did thee! You gotta heah me out now, Daddy! Thith match will be a giant money makah!”

You can get a taste for what this match is all about from the video above. Two teams. Two rings. One giant cage. No pins. No count-outs. The name of the game? Beat the ever-living shit out of your opponents until they tapped, gave up or simply got knocked unconscious.

OK, so there was a bit of order to the whole thing as well. We’re not animals, after all. The setup was two rings, together side by side, all under a giant, roofed steel (aka chicken wire) cage. The teams fighting to their deaths were made up of four or five men each. The match would start out with one member of each team in the ring. After five minutes, a member from one of the teams–a coin toss or fan vote usually determined which team would send their second man in first–would enter. That team would have a five-minute two-on-one advantage until a member from the other team was allowed in. The teams would then alternate entries every five minutes until everyone was in.

At this point, when all 8-10 participants were inside the caged rings, the “match beyond” started (I told you Dusty was a big fan of the movie), and the teams would brawl it out until one member of either team quit, submitted, lost consciousness or died… or whatever (hey… Kayfabe was in full effect back then).

Because there were no pin falls, and beating your opponent unmercifully was the only way to win, these matches often got bloody and gory–good for any old school wrestling fan. 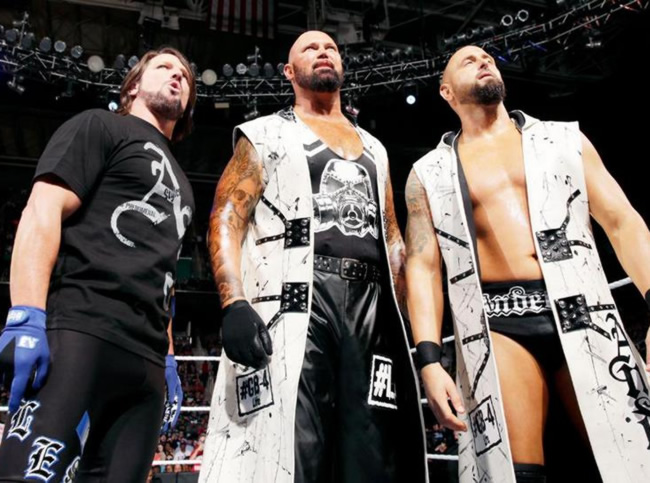 Now, don’t you think this sounds a whole hell of a lot better than an Asylum Match? How about a Punjabi Prison Match (yes… that was an actual thing)? I sure think so. Shit, it might even be better than Hell in a Cell and it’s certainly better than your run-of-the-mill variety cage match (unless we’re talking the old school cage with the giant rungs).

What if “The Family” and “The Club” had each recruited one more member and taken their feud to the WarGames level at Extreme Rules? What if, a few years ago, The Wyatt Family had taken on The Shield and HHH in a WarGames match (or something)? Wouldn’t that have been better than some dumb asylum match between Dean Ambrose and Chris Jericho? Or even many of the recent HIC matches? I sure think so.

They could have used the match to blow off the feud off once and for all, or set up for Roman Reigns to take on A.J. Styles at this month’s PPV (saving the return of Seth Rollins potentially until SummerSlam). I think a match like WarGames, if done correctly, would have gotten everyone involved more over than anything WWE did in this feud (although I did really like the storyline booking for this one). It also would have breathed some fresh air into the lungs of the cage gimmick, even if the freshness all came from nostalgia.

Anyway, I highly doubt we’ll ever see WarGames again, but I can keep hope alive. I hope you guys do too!