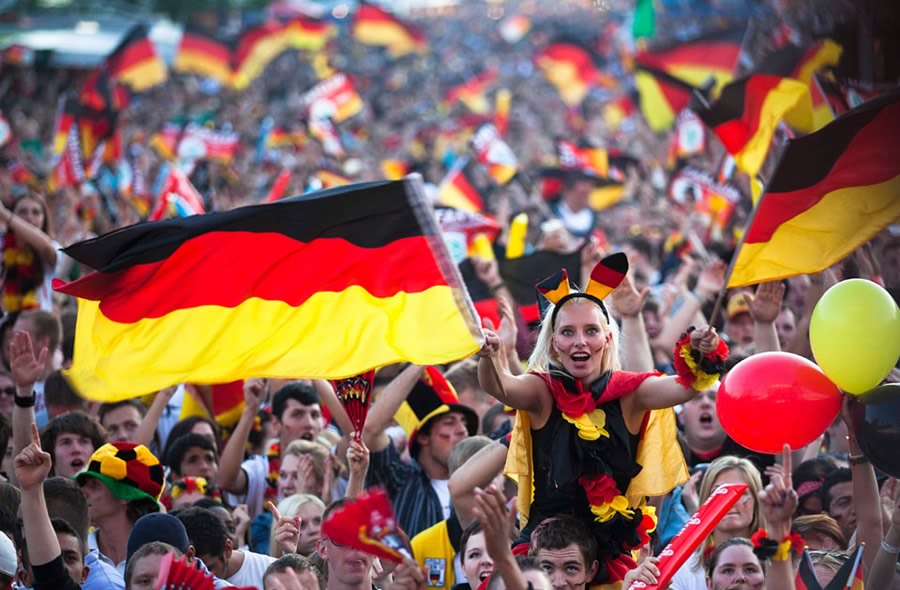 Yesterday, we took a look at Group A of the 2015 FIFA Women’s World Cup group stage. Today, we’re going to keep the party ramping up by taking a gander at Group B. Will the World Cup Winner come from here? Let’s find out.

Welp, we have the first official 100% legitimate championship contender of our group preview series: Ze Germans are here! The German women don’t have the history of success that their male counterparts do, but that’s only because the Women’s World Cup has only been played six times. Germany has never exited a World Cup before the quarterfinals. They have reached the final three times, winning twice (2003 and 2007) and losing once (1995 to Sweden). They have also won six consecutive European championships, and eight of the last nine. This is a run of dominance that I’m not sure any team, male or female, could even realistically hope to achieve. It’s absurd. Needless to say, this is the number one ranked team in the world, but you probably could have guessed that.

Qualifiers were a bit of a joke for this team, who won all ten games and outscored their opponents by 58 goals. That means their average margin of victory was almost six goals per match. Were they playing against little kids? Their advantage is total, as they are a very complete team that can pound you with goals and play solid defense. It also doesn’t hurt that they have former FIFA Player of the Year Nadine Angerer in net too (she plays her club ball for the Portland Thorns of the NWSL, if you’re interested). If you’re going to point to one weakness this team seems to have, they lack a bit of pace on the back line. Also, current reigning FIFA Player of the Year winner Nadine Kessler is out recovering from her ninth knee surgery (over a ten year stretch). It really shouldn’t matter. Germany has plenty of depth, and should be able to overcome the loss of Kessler with little stress. The Ivory Coast game might end 10-0.

How qualified: 3rd Place in the African Championships

The last couple of years have been thrilling for Les Elephantes of Ivory Coast. Despite the fact that they were only making their second African Nations Championship appearance in 2013, this very young team (four teenagers and nine others under 25) came out of nowhere to shock everyone and qualify for the World Cup. They truly seem to embrace the team concept, as nine different players notched goals during qualifying. They also only allowed four goals in their last four qualifiers, so their defense is pretty good too. Ivory Coast is led by 25-year old Forward Jose Nahi, who was the leading scorer during qualifying, and is known by fans as the “female Emmanuel Adebayor.”

One problem facing the lady elephants is that they’re in a very tough group, and they are very inexperienced. They won’t be beating Germany in the opener, and I’m pretty sure Norway will take them to task as well. Their best hope is probably to somehow take out Thailand, who is making its first World Cup appearance, but is ranked about 40 spots higher than Ivory Coast on the FIFA rankings, and hope that three points is enough to sneak through with one of the third place spots. I don’t think it’s going to work. Sorry ladies, this is going to be a short trip for you all. Hopefully you use this as a good learning experience.

It’s not all cold weather, lutefisk and Thor in Norway anymore. Norway, as it turns out, is also very good at women’s fútbol. The Grasshoppers finished second in the 1991 World Cup and won the 1995 tournament. They’ve struggled a bit in recent years, not getting past the semifinals in any cup since and going home after the group stage in 2011, but they cruised through qualifying with only one loss this time. They also finished as runners up to Germany at the 2013 Euros, so I think they at least think they are ready to redeem themselves on the biggest stage.

Norway is definitely in a bit of a transition period, however. They’re kind of in the middle of a personnel change, as their veterans will soon turn the corner towards the end of their careers, but their younger players aren’t quite established yet either. They will look to their veterans, like soon-to-be 27-year old Isabell Herlovsen who, despite not being all that old, has already been capped 100 times for the Grasshoppers, and has scored 41 international goals, to guide them through the group stage. One of the younger Norwegians to keep an eye on is 19-year old Ada Hegerberg. This young woman plays her club ball for Lyon of the French Ligue 1, where she scored 33 goals this past season. She also boasts 16 international goals in 34 matches. Look for her to hit the back of the net once or twice during this group stage.

How qualified: Finished fifth in the AFP Asian Cup

We have another rookie in the group, as well as another team named after the majestic elephant. However, I’m willing to believe Thailand is named after the Asian Elephant, while the Ivory Coast squad is probably named after the African Elephant (of course, I could be wrong) Either way, everyone loves elephants! Thailand, like Ivory Coast, is probably only in this cup right now because of this year’s expanded field (up to 24 from 16). They barely snuck into this World Cup final, and I think they’ll be making a quick exit. I think Thailand has a shot at taking out Ivory Coast, but that’s about it.

That being said, they do have some decent players, and they have also experienced some success in Asia. After qualifying for the cup, they reached the quarterfinals of the Asian Games and won the AFF Women’s championship to boot. Granted, those weren’t against the best competition, but it’s still worth something to go out and win a trophy. Anyway, one player to really watch out for on this Thai squad is Nisa Romyen. The 25-year old Forward has 32 goals in just 47 international matches, and the Thai offense runs through her. Romyen and the rest of the War Elephants need to use this cup to maybe score one win and build their program for the future.

This one’s pretty straight forward. Germany’s gonna romp everyone and win the group, and Norway is going to beat everyone but Germany and finish second. Thailand and Ivory Coast will be going home.