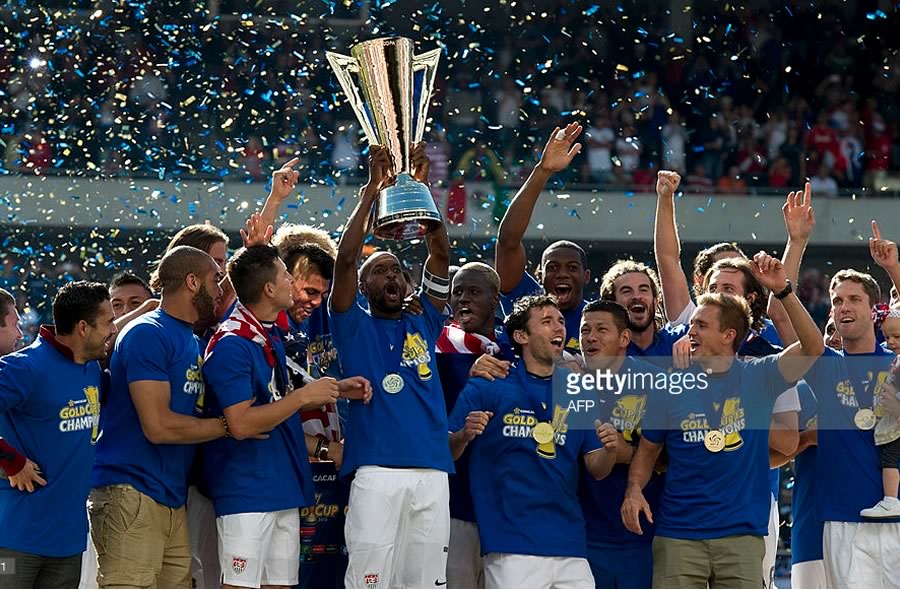 In case you haven’t noticed, there’s a whole lotta fútbol going on this summer. From Euro qualifiers to the 2015 Copa América to the 2015 FIFA Women’s World Cup, we’ve tried to cover pretty much all of it here on the blog. The Copa América and the Women’s World Cup end this weekend. Thankfully, the CONCACAF Gold Cup kicks off on Tuesday. Officially, it is being co-hosted by the United States and Canada, but only two of the scheduled 24 matches are being held in Canada, so Canada needs to stop. Let’s learn a bit about the 2015 CONCACAF Gold Cup.

The CONCACAF is a virtual little baby compared to conferences like UEFA and CONMEBOL, as it has only been around since 1991. Prior to that, the nations that make up the CONCACAF were split into two different conferences, the CCCF and the NAFC. The CCCF (Confederación Centroamericana y del Caribe de Fútbol) was made up of all of the nations from Central America; Costa Rica, Cuba, Curaçao, El Salvador, Guatemala, Haiti, Honduras, Nicaragua, Panama and Suriname (Aruba also competed at some point). The NAFC (North American Football Conference) meanwhile, was made up of Canada, Mexico and the United States (Cuba was in it until that whole embargo thing). The two conferences merged in 1961, and 30 years later, the Gold Cup was created:

In no particular order, here’s some interesting tidbits about the tournament:

For the Stat Heads