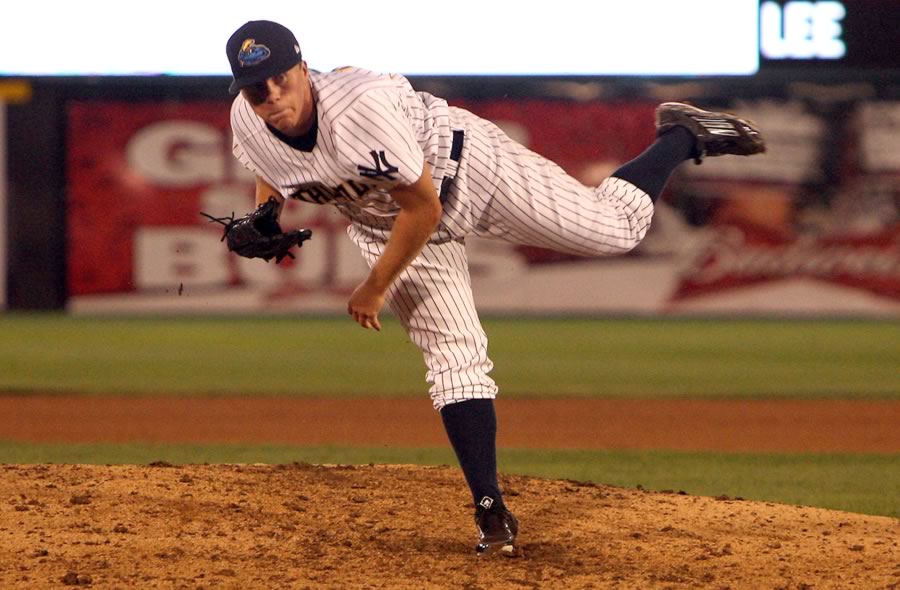 The Yankees have spent the bulk of the off-season strengthening their bullpen. They have combined trades (Justin Wilson from Pittsburgh) and free agency (Andrew Miller for 4 years and $36M) with their current crop of possible relievers (Shawn Kelley, Adam Warren, David Phelps, Dellin Betances and others) to create a pretty intimidating crew to close up games for their less certain rotation. This does not mean, however, that the major league pen won’t need help along the way in 2015, however. They need to have other guys ready to step in in case of injury, ineffectiveness or whatever happens throughout the course of the long season. Will heavily touted prospect Jacob Lindgren help in 2015? I think he should, and here’s why.

As usual, let’s get to know our subject a little better, for those of you who aren’t familiar. The left-handed Lindgren will be 22 on opening day, hails from Kiln, Mississippi and played his college ball at Mississippi State. He began his college career as a starter, but made the switch to the bullpen prior to his junior year. That’s when he put himself on everyone’s radar, and the Yankees ended up taking him in the second round of last year’s amateur draft (their first overall pick after giving up all the rest for Jacoby Ellsbury, Carlos Beltran and Brian McCann). Lindgren jumped into the Yankees system with both feet, starting in Rookie ball and climbing through four levels to end up in AA Trenton in 2014. Overall, he pitched in 19 games and 25 innings, and his numbers were pretty bonkers. He finished with a 2-1 record, a 2.16 ERA and a whip of 1.000, but the real eye popping number is his 17.3 Ks/9. He struck out 48 batters in those 25 innings (104 total batters faced).

Numbers don’t tell the whole story, so let’s dig into a scouting report for Lindgren. He’s not very tall at 5’11”, but he has a solid, 205 lb frame that helps him get a lot behind the ball. He features an above average fastball that sits anywhere from 91-95 mph with a lot of movement. Like any good lefty worth his salt, Lindgren features a nasty slider as his out pitch. That’s what helps him rack up all those strikeouts. He has been compared to B.J. Ryan, who was a pretty good shut down lefty closer for a while there. If he can harness his command – something that isn’t a huge issue, but it could use improvement – he’s going to be very tough for lefties to face. He has the potential to be tough against all pitchers, but lefties should find him very difficult to deal with. Now, the Yankees already have Miller and Wilson from the left side, but that doesn’t mean you can’t use another one lefty, especially if he’s got more than just LOOGY type stuff.

I don’t think Lindgren will crack the roster out of Spring Training or anything. He’s most likely ticketed to AAA to begin the year, but I think, if he succeeds early, the Yankees will find a reason to bring him to the big league club. He should be among the first relievers called up. They actually have a couple of other young relievers in the mix, but we’ll wait to discuss them on another post.