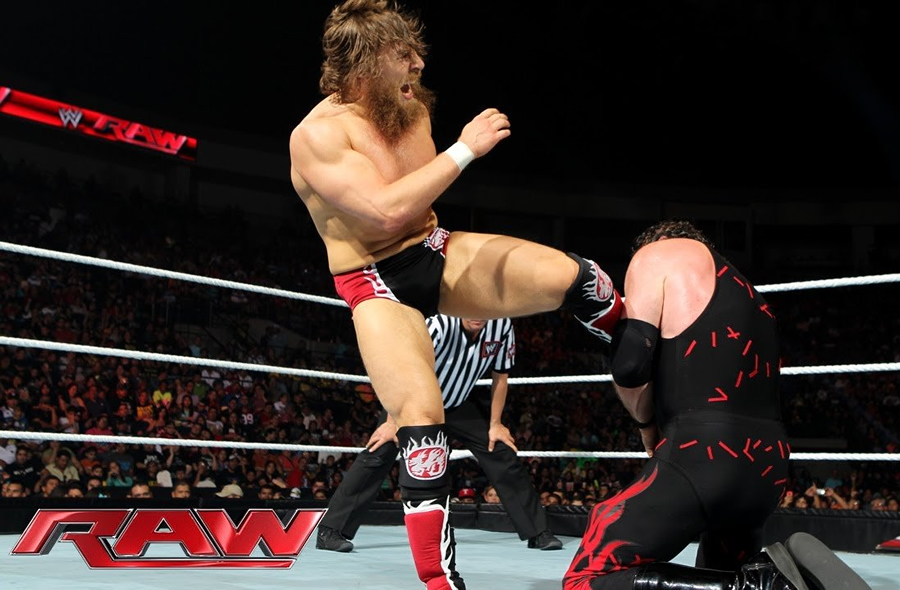 [dropcap]I[/dropcap]f you haven’t read my thoughts on this year’s Royal Rumble PPV, then please go back and do so right now. I’ll wait… OK now that you know why it was a terrible way to book and end the event, we can get started. I think the question on everyone’s minds coming out of that Rumble, and heading into tonight’s live Smackdown (due to the cancelled RAW from this week), is what’s gonna happen to Daniel Bryan? Who is he going to face at Wrestlemania? Rumors are flying that he’ll take on Sheamus, because Vince McMahon is the most stubborn man in America, but I think I have some better ideas. Hear me out, because I’m gonna hit you with a few options.

Anyone Other Than Sheamus

Literally. Anyone. If Bryan’s gonna go up against a big dumb Irishman (that is not a stereotype, Sheamus is actually big and dumb), they might as well dig up Fit Finlay from the backstage area. He loves to fight! Also, I think he’d be better received by Daniel Bryan fans. We’ve seen this dance before. WWE’s been trying to get this match made, for real, for three years. The first time around, at WM 28, the two “wrestled,” but Sheamus won in 18 seconds due to time constraints. Last year, the alleged plan was for Bryan to take on Sheamus at WM 30, but the company’s big plans to have Batista win the Royal Rumble and the title were shit on so vehemently by the fans, that they ended up being forced to bring Bryan into the title picture and give him the belt in New Orleans.

Nobody wants to see Daniel Bryan take on Sheamus other than senile old Vince McMahon. Seriously, is Finlay in wrestling shape right now? How about Hornswoggle? These are Irish dudes I’d rather see in the ring against Bryan. Please, just no.

This is actually one of the new rumors kicking around backstage. Allegedly, Dolph Ziggler himself is pushing for a match against Bryan at ‘Mania. There are a lot of good reasons to put these guys in a match together. For one, both are completely beloved by fans, because they’re good at what they do. Whereas guys like Roman Reigns and Randy Orton are kind of shoved down our throats, we fans actually lke Ziggler and Bryan because they’re awesome professional wrestlers. They’re both great on the mic, and amazingly talented in the ring. There’s no doubt in my mind that, if these two were to take on each other at in San Jose, they would completely steal the show.

The problem with this matchup, is that there’s currently no storyline tie in for these two to take each other on. There’s plenty of storyline reason to put these two together; both are clearly being held back because of backstage idiocy in real life, and by “The Authority” on television. In order for them to feud leading into Wrestlemania, odds are one of them would have to turn heel. Ziggler, who is a bit of a tweener to begin with, has worked heel recently, and there’s no way fans would ever boo Bryan, so I think it would be Dolph to get the character change nod. If they can make a character change make sense, and get the Intercontinental Championship involved (imagine, giving that belt some actual drawing power!), I think this match could work. From a physical standpoint, it would be amazing no matter what.

Seth Rollins is one of the better guys on the entire roster right now. The things he did in the triple threat title match against John Cena and Brock Lesnar at the Royal Rumble were incredible. His character work over the last year or so has also been impecable. He has somehow become the most indispensible member of the original Shield, even though the WWE is force feeding everyone Roman Reigns right now. He’s an awesome heel who can basically do it all, and the fans love to hate him. After losing the title match, he doesn’t have much going on, other than a possible rematch against Brock Lesnar, or John Cena, or both.

Why not make Bryan come after Rollins’ Money in the Bank title shot (Rollins won the MITB ladder match at the 2014 MITB pay per view, which gives him a shot at any title, at any time he sees fit). There’s no other way that HHH and The Authority will allow Bryan to fight Lesnar or anyone for the title right now, both in storyline and probably backstage, so why not have him force the issue and challenge Rollins for that briefcase? They could have this match at the next PPV, Fastlane, and then have Bryan cash in at Wrestlemania, or they could have the match itself at ‘Mania. Either way, it’s a quick way to get Bryan back into the main event picture. You’d have to build an out so that Rollins doesn’t fall completely out of the main event scene, but a feud between these two would be epic as well. Both are among the best on the roster, and I’d love to see it. It’s an easy way to get Bryan back into a possible title match, so that fans don’t cause a near riot outside the arena again.

The WWE is at a bit of a crossroads here. Last year, they were forced to change their plans because of fan reaction. Will they do so again this year and put Bryan back in the main event scene? There’s no reason not to. The guy is money. You can still build a guy like Roman Reigns to carry the company into the future, but why not cash in on Bryan now? People will spend all their money to see this guy right now. Today. Its a proven fact. All that being said, I fully expect Bryan to get booked against Sheamus at ‘Mania, only to lose in the fastest match in WM history (sorry, King Kong Bundy). It’s just the kind of spiteful thing that crazy old Vince McMachon would do.

Will Bryan beat this record?