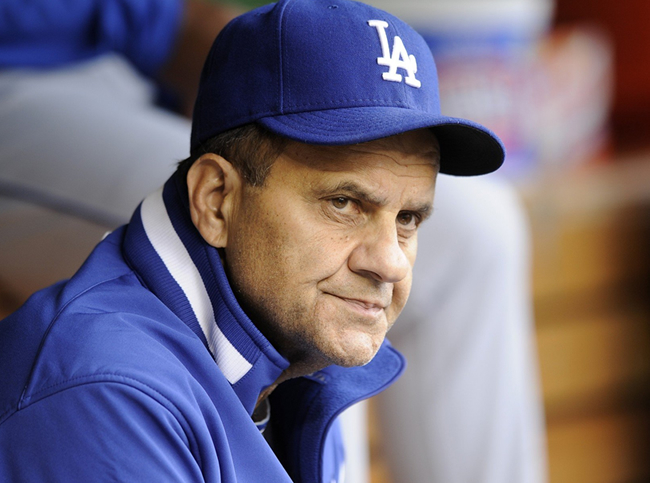 So I’ve noticed that the Los Angeles Dodgers have both Russ and Ramon Ortiz on their 25-man roster. Don’t know whom I’m talking about? Well, I’ll tell you.

Ramon Ortiz made his Major League debut on my 17th Birthday, August 19th, 1999 with the then Anaheim Angels (now known as the Los Angeles Angels of Anaheim Angels Anaheim Angelinos Angelo Anagram). Although perhaps best known as one of those Dominican players that is actually 4 years older than he had originally let on, He was actually a pretty serviceable pitcher for the Angels. He won 59 games in 6 seasons for the angels, including 44 from 2001-2003. Then it fell apart. He won only 30 games from 2004 until 2007, and even led the league in losses in 2006 with 16 for the lowly Washington Nationals. I’m sure you’re all wondering what has he done since 2007? And I’ll tell you. Nothing. Out of the Major Leagues in 2008 and 2009, Ortiz was assumed retired, or possibly dead. But, after 2 years out of baseball, he somehow miraculously makes the Dodgers opening day roster…Really?

What is Joe Torre thinking? After bringing back Eric Milton to start games last year, I thought I’d seen everything from Mr. Torre. And then I got to thinking… this is not the first time Torre has used a player once thought to be completely useless and cast out from his team. Lets review his career as a manager.

I’ll skip his Mets, Braves and Cardinals career because I really came to know his managerial style when he joined the Yankees in 1996. And that was the year where his reclamation projects began, with the Good Doctor…

Suspended from baseball for all of 1995 because of repeated drug problems, Doc Gooden joined the Yankees in 1996 and was promptly inserted by Mr. Torre into the starting rotation. How did he respond? Well, he went 11-7 and even pitched his first career no-hitter. Pretty unbelievable. That’s one for Joe.

In 1999, Joe turned 31 year old Jason Grimsley, who had been out of baseball since 1996, into one of his top setup men. Grimsley went 7-2 with a 3.60 era while appearing in 55 games. Although Grimsley has since admitted to using performance enhancement drugs, we’ll give that one to Joe Torre as well. 3-0!

2004 had only one name that Torre made successful, although he hadn’t yet been out of baseball. Who was it? Why Tanyon Sturtze! Tanyon had lost 36 games in the 3 years leading to his Yankees tenure, and Joe turned him into a good spot starter and long reliever, as he went 11-5 over his first 2 years on the team. He eventually fell apart in 2006 and remained out of baseball until 2008 when, you guessed it, Joe Torre signed him up and put him in the Dodgers bullpen. He pitched 3 games, posting a 0.00 ERA. Because of his short tenure with the Dodgers, we can’t give Joe 2 wins on this one. So we’ll say he is 4-0!

2005 was a banner year for Joe Torre reclamation projects. In the second half, the Yankees called up a 33 year old journeyman pitcher who had played in 8 Major League games from 1998 through 2004, spending 3 of those years completely out of baseball. What did AAron Small do with Joe Torre’s Yankees? Well, he set a team record by winning his first 10 decisions, finishing the season 10-0 with a 3.20 era while splitting time as a starter and reliever. Really?? 10-0? In the first 10 years of his Major League career he won exactly 15 games. He also never won another Major League game before retiring after the 2006 season. That’s a big 5-0 for the Torre Magic. But wait, there’s more!

Later on in 2005, the Yankees traded 2 minor leaguers to the Colorado Rockies in exchange for Shawn Chacon. Once considered a rising prospect as both a starter and reliever, Chacon started 2005 1-7 with a 4.09 era. Almost overnight, the Torre magic kicked in. Chacon went 7-3 with a 2.85 ERA the rest of the way and helped the team win the division on the last day of the season. Mr. Torre’s two reclamation projects for 2005 went a combined 17-3 with an era right around 3.00. Incredible! 6-0!

2008 brings us our very first Joe Torre Reclamation project loss. Jason Johnson. After a lackluster decade as a professional pitcher, Johnson missed all of 2007. But that did not deter Joe Torre. The Dodgers scooped him up and put him in the bullpen for 2008. He lasted only 16 games, finishing with a 1-2 record and a 5.22 era. Sorry Joe, we all have to lose 1. 6-1!

2009 brought us the return of Eric Milton, whom I briefly mentioned earlier in this post. Once a highly touted prospect in the Yankees system, Milton was subsequently traded to the Minnesota Twins for 3 World Series Championships and Chuck Knoblauch. He carved out a nice little career for himself in Minnie, eventually ending up with Philadelphia and the Reds before injuries held him to 6 starts in 2007 and none in 2008. Some thought his career was over. Not Mr. Torre, though. Called up by the Dodgers towards the end of the season, Milton made 5 starts, going 2-1 with a 3.80 era and helping the Dodgers make the playoffs. Chalk up another win for the Joe Torre Reclamation Project. 7-1.

What does this mean for your fantasy league? Probably nothing, because the two Ortizes really do suck. But you might want to take a flier on one of them, because you can rest assured Joe Torre’s magic touch will fall upon them, and one of them might just help your team win this year.