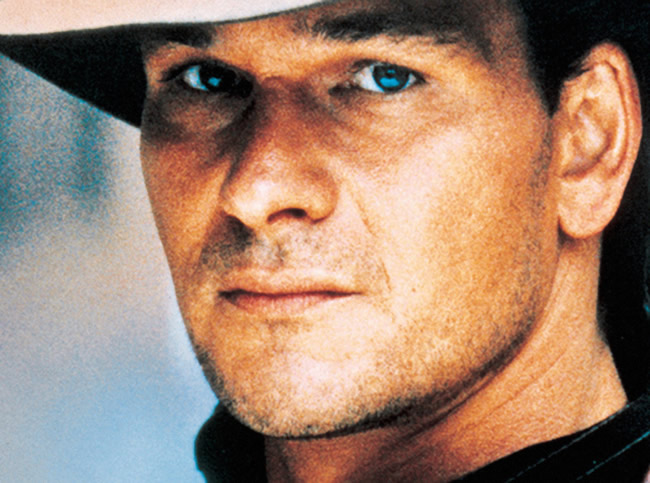 So I needed something to watch on my way home from work the other day, and I remembered I had purchased Next of Kin as part of a Patrick Swayze post I was researching. I fired it up and, within the first 20 minutes I had seen five bonafide brand names – most of which had not yet hit it big when this movie came out in 1989 – and a couple of “those guys,” to boot. Here, I thought I was settling in to see the dream pairing of Swayze and Liam Neeson, but it was so much more. It was almost too much for me to handle.

First, a bit about the plot. Patrick Swayze plays Truman Gates, a Chicago cop originally from the hill country in Kentucky. His little brother Gerald, played briefly by a very young Bill Paxton, has also moved to the big city from the hills, but he’s struggling to make a living as a delivery truck driver. One night, while transporting some goods, Gerald is murdered by members of a local mob outfit trying to steal the goods. When Truman heads home to the hills to deliver the body, he runs into big brother Briar, played by – are you ready for this?… Liam Neeson! That’s right. Patrick Swayze, Liam Neeson and Bill Paxton… brothers.

But wait, there’s more. Did I mention Swayze’s love interest in the movie? Well, that’s his wife Jessie, who is played by Academy Award-winning superstar Helen Hunt. Helen Hunt! You know who else got an early break in this movie? Well, one of the mobsters, the son of the boss, is played by a very young Ben Stiller. Comedy royalty!

Stiller’s so young in this that he plays second fiddle in the gang to Adam Baldwin. Yes! The non-Baldwin Baldwin! Can you imagine being this guy? Just use a different last name, bro. You know what sucks about being a Baldwin if you’re not a Baldwin? Everything! Oh and did I mention that the boss of the mob, Ben Stiller’s dad, is played by Andreas Katsulas? Don’t know who that is? I bet you do! He’s the one-armed man, people! He killed Harrison Ford’s wife in The Fugitive!

Anyway, Briar is a true hillbilly who believes in true hillbilly justice, and he gets the clan all riled up and ready for war. As much as Truman pleads with Briar to back off so that Truman can handle Gerald’s murder by the book, he simply cannot reign Briar in. I mean, I’ve seen Taken… you’re not gonna hold Liam Neeson back when he’s out for revenge justice. Now that it’s hillbilly mountain revenge justice… forget it! Briar heads to Chicago to exact revenge and engage in a traditional mountain blood feud, while Truman tries desperately to catch the killers before Briar gets everyone killed.

This movie has it all. Swayze, Neeson, Hunt, Paxton, Stiller, the one-armed man, the fake Baldin, and even Jame “Buffalo Bill” Gumb from Silence of the Lambs (Ted Levine)! There are definitely even a couple of other “those guys” in this movie too. All that and some hillbilly mountain justice wrapped up in a blood feud with the mob? This movie definitely has a particular set of skills that nobody should ever put in the corner.

If you aren’t rushing out to the $4 bin at Best Buy right now, get going. Here’s the trailer for you.