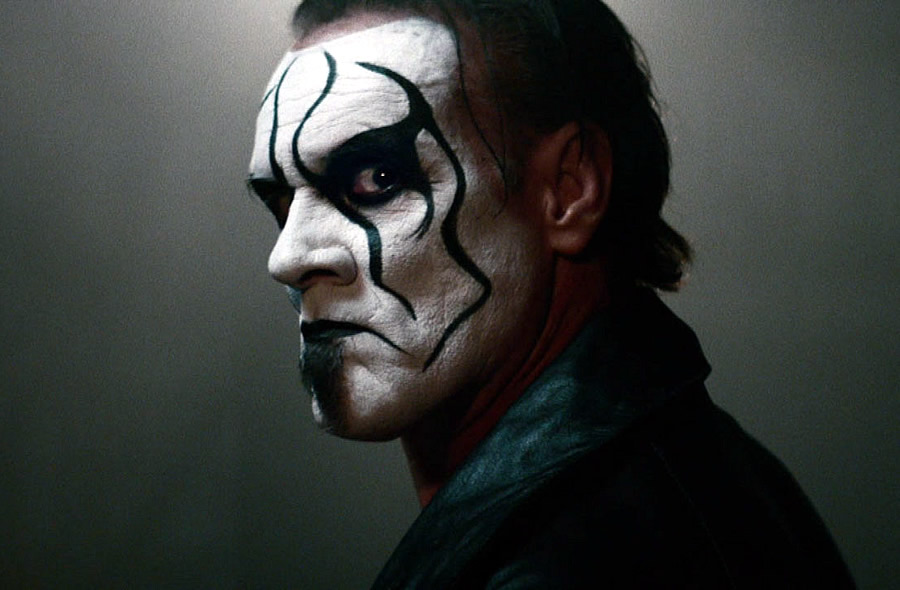 [dropcap]I[/dropcap]f you guys watched WWE Fastlane on the network (only $9.99) last night, you saw a lot of interesting things. One of those things was the confrontation between evil authority figure Triple H and mysterious superstar Sting. Over the last couple of months, Sting has proven to be quite the thorn in Triple H’s side, so the two had a talk about it in the ring last night. Shockingly enough, that talk ended in some fisticuffs, and a challenge from Sting for a match at Wrestlemania 31 against his new backstage boss. Triple H accepted, and so we had our first Wrestlemania 31 match officially booked. So… Sting’s gonna win this thing, right?

First, let’s discuss how cool it is to see Sting, whose real name is Steve Borden, in a WWE ring. I know he’s 55 and past his prime (he’ll actually be 56 during ‘Mania), but it really is something I don’t think anyone ever thought they’d see. Sting, along with Ric Flair, is probably the guy I most think about when I think of WCW. I know he’s been in TNA for the last seven years – a fact that WWE refuses to acknowledge for some bizarre reason – but he will forever be known as WCW through and through. When he didn’t come over after Vince McMahon bought out the company in 2001, I thought that was it. We’d never see him in WWE. And, since neither Terra Ryzing nor Jean-Paul Levesque ever faced Sting in WCW, I thought we’d never see this match either. It’s pretty darn cool to be wrong on this one.

OK now onto the match. I don’t think you bring Sting in for what seems like it’s going to be his only match, and then have him lose. This guy is a legend in this business, and Triple H is the smarmy heel authority asshole that is just aching to get some comeuppance. On paper, there’s no way Triple H wins the match. I’m curious to see if any stipulations will be added to this thing. Will it be a gimmick match of some kind? Will there be some kind of company related stakes at hand? Right now, the story behind Sting is that he seems to be anti-authority. When he first appeared in a WWE ring, it was to cost the authority a match at Survivor Series. About two months or later, Sting was on RAW to distract the authority in a loss again. I really hope we get some explanation as to why Sting has been so anti-authority, and I’m curious to see if this gets worked into the stakes of the match. Unless they stick some kind of ridiculous “Sting owns WWE if he wins” type stipulation to this thing, Sting wins at Wrestlemania 31.

I’m sure we’ll find out more in the coming weeks. It will be nice to have old Sting around more often for the build. Hopefully he wins this, and as my good buddy Gordie Boggs was saying during Fastlane, heads into the Hall of Fame in 2016.