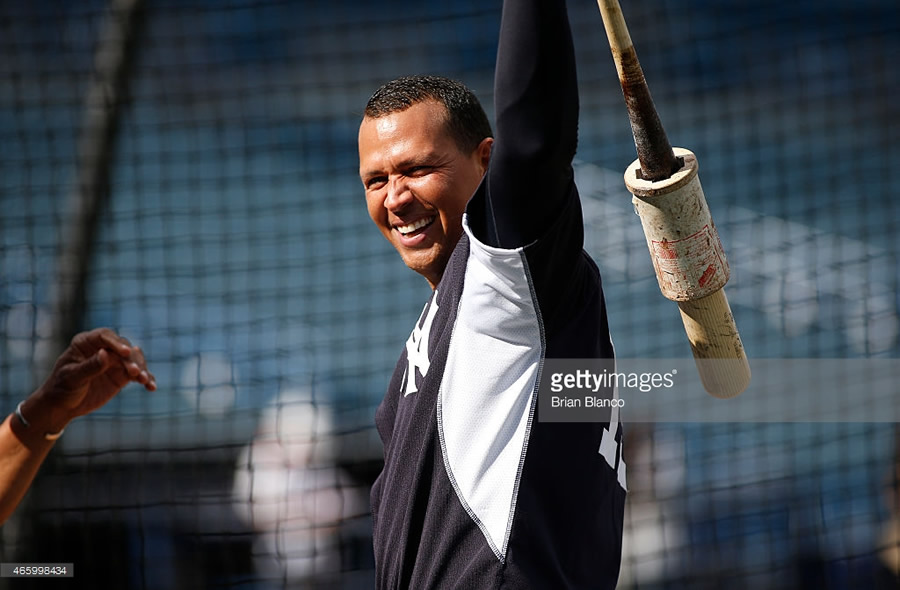 I originally wrote this article for Pinstripe Alley. Check out the original here.

Via the New York Daily News, a story came out over this past weekend that the much maligned Alex Rodriguez had reached out to the Yankees in an attempt to set up a meeting with team officials. It seems the purpose of this meeting was for Alex to clear the air and even apologize for his actions leading up to his suspension. Unfortunately for the Yankees DH, it seems team officials have no interest in any such reunion, and simply told him they would see him in spring training. Ouch. Was this the right move for the Yankees, or should they be more willing to make nice with Rodriguez? It’s hard to say, really.

There are plenty of reasons that they should be nicer to him. First of all, he’s currently penciled in as their DH for the 2015 season – at least most fans and experts are assuming that to be the case, since Chase Headley is all over third base for the team. One would think, knowing they’ll probably be counting on him to provide some offense for this club, that they would want to at least meet him half way on this one. Why risk further alienating him from the club if they need him to be happy and perform come April? In telling him “thanks, but no thanks,” when all he wants to do is offer an apology and move forward, the Yankees are basically telling him apology not accepted and that they really don’t want to deal with him until they absolutely have to. That doesn’t exactly send the best message, does it?

Then there’s the other side of this coin. If anyone has alienated Alex from this team, it’s Alex. He’s the one that did all the PEDs. He’s the one that tried to buy all the evidence against him like a super-villain. He’s the one that accused the team of hiding, and possibly lying about MRI reports on his bum hips. He even sued their team doctor. Alex was absolutely desperate to save himself and his career – I believe he said he was “fighting for his life” – and was basically trying to tarnish as many people as he possibly could in the process. For everything he did – to the team and to the league – Alex deserves the cold shoulder, if not a lot worse, from the Yankees and everyone in their organization.

Here’s what I think: The Yankees clearly hate A-Rod. Everything they have done so far this offseason, from trading for Garrett Jones to signing Headley, has sent the message that they don’t expect him to do much. Brian Cashman has even basically said that the team expects nothing from him. It’s even rumored now that they’ll try to get out of paying him the performance-based incentives in his contract. It seems to me that, if Cashman has his druthers, he’d release A-Rod tomorrow. The Yankees GM is basically being forced to keep Alex on the roster because of money, and I don’t think he’s handling it very well. I feel like, if this was any other player in the league, the Yankees would be getting a lot of criticism for the way they’re speaking about and handling the Alex Rodriguez situation. However, Alex really is on an island unto himself out there nowadays. Nobody likes him. Nobody wants him around. The only reason anyone tolerates him is because he makes way too much money and the team desperately needs offense. I think the Yankees can handle A-Rod any way they want, and nobody will as much as blink. He’s getting what he deserves at this point.

That being said, any sort of public negativity doesn’t look good for either party, and kind of puts a bit of a dark cloud over the offseason. I expected there to be an A-Rod circus a month from now, but it looks like we’ve started early. It’s been fun not having to deal with this for the last year. Final word on this: I hope Alex uses it as motivation to go out and perform, because sadly, the team needs him.