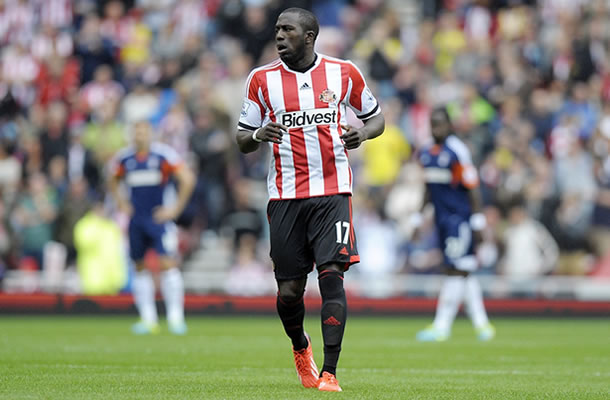 When you can’t even seem to get on the pitch for a team that, just a few weeks ago, lost 8-0, there’s something stinky afoot. USMNT Striker Jozy Altidore has played all of 81 minutes for Sunderland so far during this Premier League season. He has failed to score in Premier League play, and it’s all but a given that he’ll be sold, or loaned out, come the January transfer window. With rumors flying that he could head to France, I think there’s only one good move for Jozy to make: come home, Jozy. Come home.

First of all, let’s get a quick background on Jozy, for those of you unfamiliar with his life and career. Altidore was born in New Jersey and raised in Florida, spending time with the USMNT U-17 teams and training at the IMG Soccer Academy. He was drafted 17th overall by the New York Red Bulls (they were just that year transitioning from their New York/New Jersey Metrostars identity) in the 2006 MLS Superdraft before he even finished high school, and made his pro debut later that summer in a U.S. Open Cup game. He played extremely well as a 16-year old during the rest of the season, the playoffs and the next couple of seasons (16 goals in 41 games), which caught the eye of some European clubs. In 2008, he was sold to Villareal of La Liga. Over the next couple of years, he was loaned out to Xerez CD of the Spanish second division, Hull City and the Turkish side Bursaspor. In 2011, he signed on with AZ of the Dutch Eredivisie, where he played well enough (38 goals in 67) games to get Sunderland’s attention.

It’s been at Sunderland that the 25-year old’s career has basically come to a halt. In two years for the English side, Jozy has played 37 games (19 starts) and scored a grand total of one Premier League goal. One. I did mention that he’s a Striker, right? As in… the guy who is supposed to score all the goals. Altidore’s lack of a scoring touch has angered fans and seemingly put him in Manager Gus Poyet’s dog house. This is a guy whose team has 11 points in 10 total games, and, again, lost a game 8-0. 8-0! And he doesn’t see fit to put Altidore on the pitch? It’s time for Jozy to move on, that’s for sure.

Altidore in brighter days with the New York Red Bulls.

The hot and juicy rumor going around right now is that Altidore will end up being loaned out or sold to Lille OSC. It seems the French Ligue 1 side, who called Sunderland about Altidore this summer, is still desperate for offense. There has also been a lot of interest from the Eredivisie, as well as some teams from The Championship in England, but I don’t think any of these are a particularly good fit. First of all, Jozy has already dominated the Eredivisie once, so why would he want to go back? It would definitely be a step backwards for Altidore, and now is not the time to do that. The same thing goes for any second division English teams that might come calling. If he’s not going to play top flight, it won’t help him develop his game at all.

I think Jozy would best be served by simply coming home. I know. He’s only 25, and MLS seems to be a league where world football level players either start out or end up, not somewhere they go when they’re in their physical prime, but he doesn’t have to stay forever. There will be no shortage of interest from MLS clubs in need of offense, and with the desire to make some headlines. There will also be no shortage of money to pay his salary. Most importantly, there will be no shortage of minutes on the pitch, which is something Altidore is really struggling with now. If he’s not good enough to play for Sunderland right now, what makes him think he’ll get elite minutes in Ligue 1 or the Erivisidie? Even if he gets on the pitch, is he going to do enough to resurrect his career? Why not come home for a couple of years, say to someone like the Red Bulls, or Toronto FC, make some good money, get a real chance to play every game and maybe show the world that he can actually score goals again.

I know USMNT coach Jurgen Klinsmann gets his panties in a bunch when his players aren’t playing in Europe, but Jozy ain’t exactly playing in Europe right now, is he? Are the 81 minutes he has spent on the pitch in England worth more than the hundreds he would get playing in MLS? Also, is playing in Ligue 1 and the Eridivsie even that much better than playing here in America? I’d venture to say that the MLS, as a whole, is much better than either of those two leagues (not saying anyone in MLS could take on PSG, just comparing leagues as a whole), so the competition level that Klinsmann likes is probably not in France.

Right now, Altidore is like a wounded bird. He needs MLS to nurse him back to health, until his pride is healed up enough to fly away. Come home, Jozy. We’ll take good care of you until you’re ready to spread those wings again.