Warning: "continue" targeting switch is equivalent to "break". Did you mean to use "continue 2"? in /nfs/c11/h04/mnt/193474/domains/jobusrum.com/html/wp-content/plugins/wp-author-box-lite/includes/ReduxFramework/ReduxCore/inc/extensions/customizer/extension_customizer.php on line 478
 Should He Stay? Chase Headley | Jobu's Rum
Skip to content 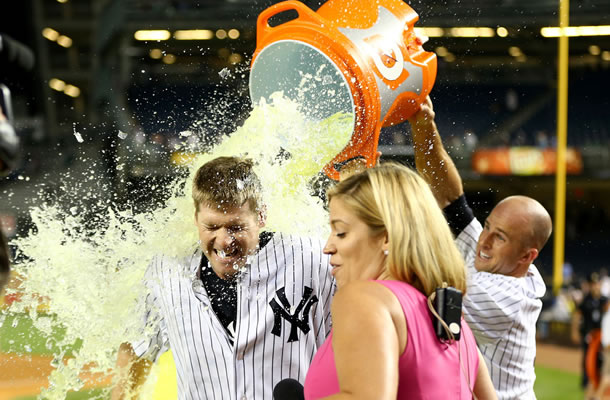 With their series loss to the Orioles this past weekend, the Yankees season hasn’t been mathematically ended, but those of us not living in a dream world have realized that the season is pretty much over. With that said, It’s time to start looking towards 2015. One of the ways we will do this is to examine whether or not a current Yankees player heading towards free agency should be brought back next season. Our first subject will be Chase Headley. Let’s take a closer look at the Third Baseman from Fountain, Colorado.

The Yankees got Headley in a pretty shrewd move by Brian Cashman in late July, as the non-waiver trade deadline approached. Cashman, who really has very little to work with right now, turned potential flash-in-the-pan Yangervis Solarte and delayed prospect Rafael de Paula into a legitimate Third Baseman to help the major league club as they made their final desperation push towards the playoffs. Although that push ultimately failed, I think this trade was a pretty big success for Cashman, as Headley helped solidify the infield defense and has held his own at the plate.

Headley made an immediate impact, showing up during the seventh inning of a game against the Rangers, entering as a pinch hitter in the eighth and winning the game with a walk-off single in the 14th. Over the 45 games since, Headley has hit .253/.356/.373 with 4 homers and 13 RBI, and made several stellar plays in the field, even filling in a for a week at First Base during one of Mark Teixeira‘s injuries.

All that has been great, but is he a guy worth bringing back next year? I’ve gone back and forth on this, and it obviously comes down to cost and contract length. At 30, Headley is probably going to be looking for one last big payoff when he hits the open market. The question every other major league team will have to answer is whether or not he’s worth it. Frankly, I don’t think he is.

Headley has never really lived up to the potential he showed as a prospect coming up with the Padres. Coming up, he was supposed to be a stud defensive Third Baseman who could hit for power and average–a real terror for the opposition. Unfortunately, he really only had one year like that, which was 2012. That year, he hit .286/.376/.498 and slugged 31 dingers while leading the National League with 115 RBI, and even stealing 17 bases. That was when the talk of the Yankees trading for him first kicked off. I’m glad Cashman didn’t make that deal back then, because he never came close to those numbers ever again, only hitting 24 combined homers with 95 RBI in the two years since. His slash line and power numbers are more in line for a middle infielder than a corner infielder, and only the fact that his glove has been so good, even keeps him in the 2015 conversation.

I think the Yankees are going to need a Third Baseman next year. I know. Alex Rodríguez is “coming back and in great shape.” If the Yankees don’t release their much maligned slugger, who is going to play third in the other 120 games when A-Rod is gumming up the DH spot and the DL? I just don’t think Headley is the answer. They have another Third Baseman on the roster in Martín Prado, and I think he should be handed the reigns at the hot corner and the team should focus on developing young Robert Refsnyder at second. Eventually, they could also had the reigns over to prospect Eric Jagielo, if the youngster out of Notre Dame continues to develop his bat and glove.

Sorry Chase. It’s been real, and I wish you well, just not on the Yankees… Unless you’re willing to come in as a backup on a Kelly Johnson type deal.