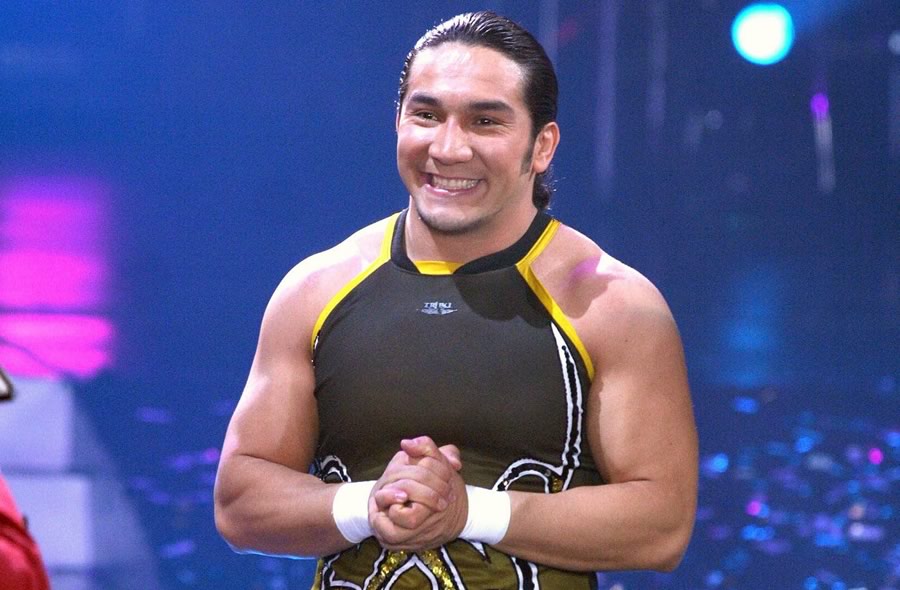 Over the weekend, the wrestling world was shaken by the loss of Mexican luchador Perro Aguayo, Jr. aka El Hijo de Perro Aguayo in a freak in-ring accident at an independent CRASH event in Tijuana, Mexico. According to Ernesto Franco, the official doctor for the Tijuana Wrestling Commission, the official cause of death has been listed as a heart attack brought on by a cervical stroke suffered due to a broken neck. Now, if you want to see the video of the incident, you can watch it on Deadspin. I’m not going to embed it here. I’m here more to honor of a guy whose family has had a huge impact on the Mexican lucha libre community. Let’s all get to know Perro Aguayo, who is now dead at the age of 35.

Now, I’m not going to sit here and pretend I’ve been a fan of Aguayo’s his whole life. I don’t think I’ve even ever seen him wrestle a match. I’ve always known the name because of his family, though. In case you didn’t pick up on it from his ring names, Perro, whose real name is Pedro Aguayo Ramírez, is the son of legendary Mexican luchador Perro Aguayo. The senior Aguayo, also known as “El Can de Nochistlan (the Nochistlan Dog),” wrestled from the 1970s to the 1990s, winning titles and drawing money all over the world. According to Prowrestling.wikia.com, his style was a bit of a cross between Terry Funk and Bruno Sammartino (he bladed a lot and was a total brawler). He was also the first ever WWF Light Heavyweight Champion, in one of the earlier incarnations of the belt (not the one from the Attitude Era).

Aguayo, Jr. was born in July of 1979 and, as you might have guessed he got into the industry at a very young age. He debuted professionally at just 15 years of age for Asistencia Asesoría y Administraciíon (AAA, where his father worked), working with the company’s top talent and honing his craft all along the way. He twice won the Mexican National Tag Team Champions with his dad, adding another reign with Hector Garza, and got into some lengthy and memorable feuds with Latin Lover and Heavy Metal. After eight years, Aguayo jumped to Consejo Mundial de Lucha Libre (CMLL), one of Mexico’s other big promotions. He enjoyed a solid five year run there before starting his own promotion, Los Perros del Mal (The Bad Dogs) and eventually coming back to AAA in 2010, where he remained as one of the company’s most popular villains (or “rudos,” as they are known in lucha libre), until his untimely death.

It’s hard to really get a feel for how big a star Aguayo was in the lucha world by talking about specific feuds and opponents. Basically, this guy wrestled with and against the best names the business has to offer. To name a few: Blue Demon Jr., Konnan, Damián 666, Cibernético, La Parka, Super Crazy, Halloween, Dr. Wagner, Místico (aka the original Sin Cara) , Hector Garza and Rey Mysterio Jr. These guys are all household names to wrestling fans all over the planet. Unfortunately, it was Mysterio who, through no fault of his own, was involved in the sequence that led to Aguayo’s death, but we’ll get into that in a little bit. All you have to do is go to Twitter, or Google, to see the impact that this guy had on the wrestling world.

“I’d say very much the level of a HHH from several years back or Seth Rollins, if Rollins remains in his position for 10-15 more years. Randy Orton may be the best comparison, but I’d say bigger than Orton, maybe even like Randy Savage.” – Dave Meltzer

We’ve lost a great friend and one of the best in Lucha history, we all crying for you mi amigo Pedro. #AdiosPerro

Sincere condolences to the family of El Hijo Del Perro Aguayo as well as @luchalibreaaa. Our prayers are w/you during this difficult time.

You can see the outpouring of praise, emotion and condolences from wrestling personalities everywhere. I think a lot of this has to do with how Aguayo passed away. When you hear about a 35-year old wrestler dying, you automatically assume he either had a drug overdose, killed himself, or his heart gave out because of years of steroids and drug abuse. Aguayo’s death happened in the ring during an actual match, on a move that guys have taken thousands of times. He took a hard bump to the outside of the ring, came in and was hit with a dropkick so that he could fall with his arms over the bottom rope to set up for Mysterio’s signature 619. Unfortunately, when he landed on the ropes, he landed wrong, or hit at a weird angle, and essentially broke his neck. The 619 setup isn’t really a dangerous move. This was just a tragic accident that could literally happen to anyone at any time.

There has been talk that CRASH should be held responsible because of the slow response from the medical team. According to reports, CRASH had all the necessary medical equipment and personell on hand, but the doctor took too long to get there and they carried Aguayo out on a plywood board, rather than a stretcher. It took 80 seconds to get to Aguayo because he was treating other injured wrestlers in the back. Also, not for nothing, but I’m sure no one thought “Perro’s Dead” when he hit the ropes, or even when he slumped to the ground. That can take a while to decipher and register in a real time situation. The match actually continued for almost two minutes before anyone realized something was very wrong. Mysterio himself is one of the first people to go over to check on Aguayo after the incident. And as far as the board, the reason was that they were trying to get him to the back for treatment as quickly as possible. Is that an ideal decision? No. But real life sometimes doesn’t allow for ideal responses. I don’t think the medical teams are to blame in this one. I’m pretty sure Perro was gone as soon as he hit the ropes.

People like to say that wrestling is fake, and that they guys know how to fall, but when your job is to fly around a ring and go crashing to the canvas or to the outside, you’re always at risk. These guys can all die any night of the week if they aren’t careful, and even if they are. If the death of Perro Aguayo, Jr. does anything, I hope it brings to light just what these guys put on the line in order to entertain us.

#AdiosPerro – Let’s watch a classic match to remember you by: