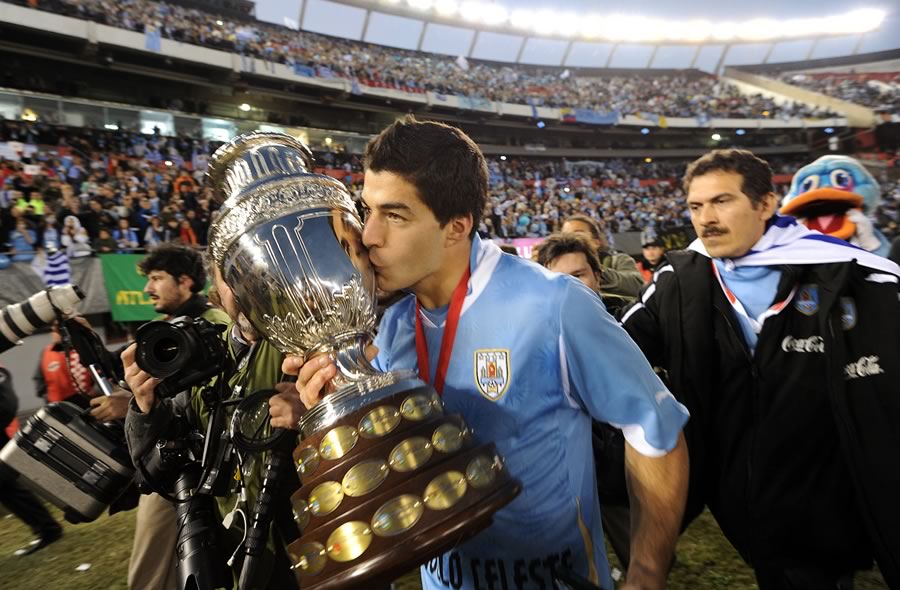 It’s been four years since the last one, which means it’s time for the next installment of the Copa América! The 2015 edition will be the 44th time the champion of South America is crowned, and will take place in Chile. The first match will take place this Thursday, at Estadio Nacional in Santiago at 7:30PM ET and will feature the hosts, Chile, taking on Ecuador. Here’s some more fun stuff you should know about the Copa América tournament, and it’s participants.

This tournament will feature the top 10 teams from CONMEBOL (the South American conference of nations), as well as two teams from outside the conference that are traditionally invited. Mexico, who has participated in every Copa since 1993, got one invite and Jamaica got the other. Both nations are from CONCACAF. The top two nations from each group, and the best two third place teams, all move on to the knockout stages. Here’s a quick breakdown of the groups and teams involved:

In no particular order, here’s all the stuff you need to know heading into the tournament:

As I mentioned earlier, this is the 44th installment of the Copa América, although it hasn’t always been called that. One thing you will notice is that the years will look a little wacky, because the tournament hasn’t always been held every four years. Don’t be alarmed, I didn’t go crazy. At different times, this tourney has been held every year, every two years, and even every three years. They finally settled on every four years starting in 2007, and that will probably never change… Until 2016, when the United States hosts a special 100th anniversary Copa that will feature an expanded field of CONCACAFers and CONMEBOLers. However, I’m pretty sure that’s only happening because Chuck Blazer corrupted his way into it, so who knows if that will get canceled or not. Anyway, here are some facts. Note which nation has the most wins, and which other nation is juuuuust behind them, looking up at the champs.

Here’s some fun stats from the Cup’s vaunted history: