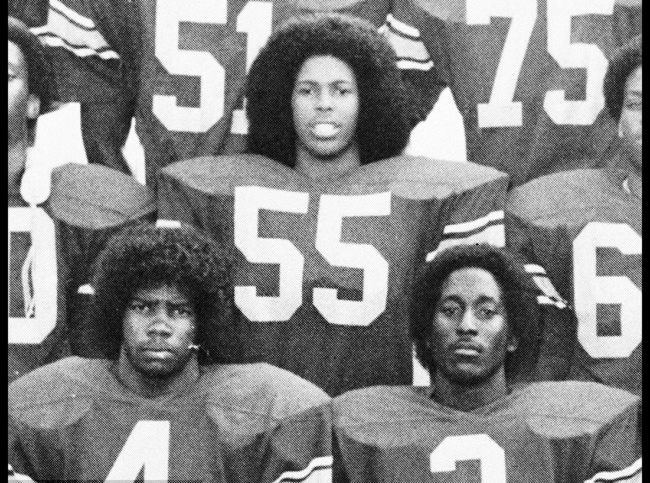 Everyone knows that Suge Knight is a man not to be messed with. If you believe the rumors, the Knight not only had The Notorious B.I.G. murdered, but also possibly his own buddy Tupac Shakur. Also, he maybe wanted to have Diddy murdered too. Did you know, however, that he was once only known for the attempted murder of opposing Quarterbacks? To clarify, I mean sacking and/or tackling… not actually murdering (it’s hard to tell with him). Anyway, check out the photo of him as a high schooler above, and let’s get to the story!

1987 was a very bad year for the NFL. For starters, the season marked the end of the collective bargaining agreement reached between the league and the players union back in 1982. When the two parties sat down together to discuss a potential new agreement, the main issues on the table were as follows: Free agency, drug testing, guaranteed contracts, pensions and minimum salaries. Nothing new here, really. Free agency was the biggest issue by far, and had always been an issue of contention between the two sides up to that point. Predictably, the two sides dug in for long and strenuous negotiations.

Talks languished for weeks, and when no deal was struck, the players decided to go on strike. It wasn’t the first time either, as they had gone on strike in 1974 (no actual games were affected) and 1982 (57 days and 7 games were missed). That 1982 strike cost the league about $275 Million in revenue, not to mention the money from TV contracts that had to be returned to networks around the country. So, when the players went on strike again five years later, the owners were ready for that shit like you wouldn’t believe.

Did they rush to the negotiation table to fix the issue and get their guys back on the field? Of course not! The NFL owners are and always have been the worst people ever. They’re the ones that keep Roger Goodell around, remember? Anyway, the owners’ bright idea for not losing game revenue was to restock their teams with replacements! You know, guys who weren’t good enough to be in the NFL before! That’ll bring the fans to the stadium in droves! Remember that guy that cleaned your toilet last week? Well now he’s throwing lame duck interceptions to the guy that unclogged your pool last summer! Wait, is that your cousin Jerry at RB? When did he get out of the joint? Can’t wait! Every Sunday! On live TV! YES!

In all seriousness, although these replacement players are always referred to as “scabs” for crossing the picket lines, and many of them had no business on a professional football field, crossing picket lines can create a legitimate opportunity for guys to get another look from pro coaches and scouts. Also, never-beens who cross the picket line are way more tolerable than actual members of the NFL PA who do… COUGH! Joe Montana and Mark Gastineau COUGH! Excuse me, something got in my throat there. Anywho, one of those such “scabs” was a 22-year old Defensive End from Compton, California named Marion Knight.

Even back then, however, Marion was known as Suge, a name that derived from his childhood nickname of “Sugar Bear.” Knight began his football at Lynwood High School in the early 80s, and played well enough to earn a scholarship to El Camino College. After two years, he transferred to UNLV, where he played two more seasons. Knight went undrafted in 1987, but did receive an invite to the Rams’ training camp. He didn’t make the team out of camp, but was called in to play when the real players went on strike just a few months later.

Knight’s career lasted two games, and he has no official stats recorded on Pro-Football Reference, but he has a page, so it’s official. He went on to a very successful career, first as a body guard to the stars and then as a record mogul, but it could have all been different for him… And if you don’t believe it, he will hang you from the second floor balcony of your hotel until you do.