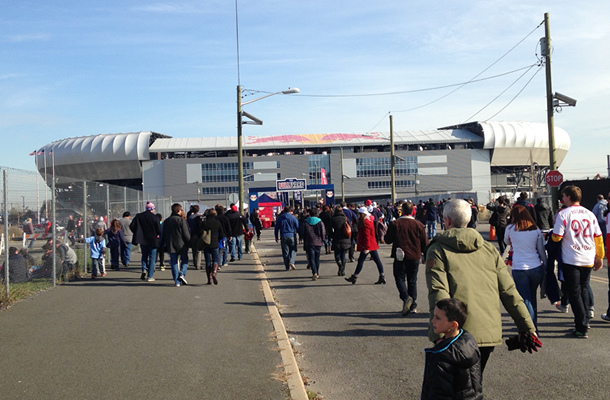 Earlier today, I took a trip down to Red Bull Arena to catch the first leg of the Eastern Conference Finals between the New York Red Bulls and the New England Revolution. I was supposed to go with my lady, but she was feeling under the weather and I ended up braving the commute on my own. From Metro North to the 4 to the L to the Path (not to mention the Path to the N train to the Shuttle to Metro North ride home), my journey to the Arena ended up being a fun one. Thanks to Steve, Tony, Greg and Dave, the four bros from Long Island that took me into their group to enjoy the game, even though I was in the wrong section. Unfortunately, the home team lost, but here are some photos from my journey. Enjoy!