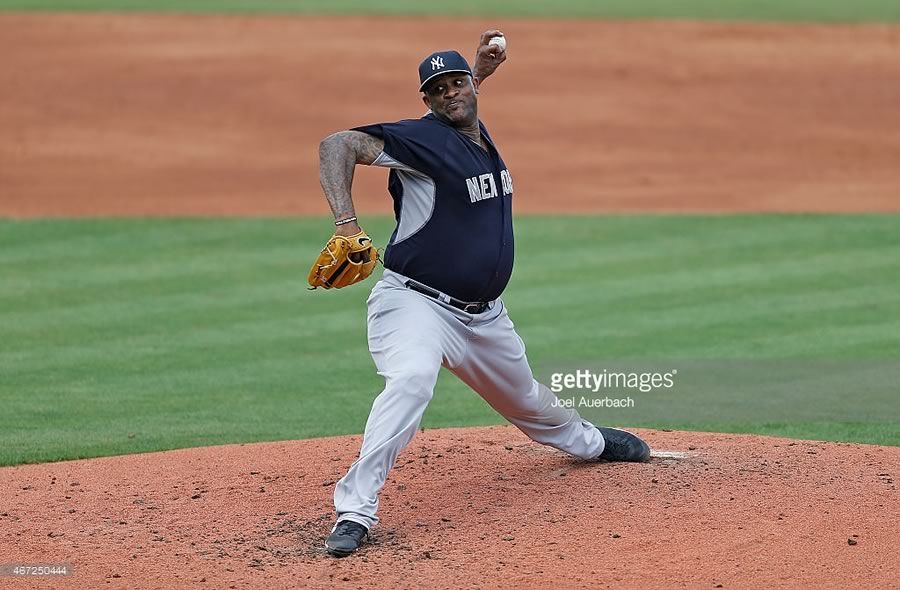 As you all know by now, and have read on the wonderful coverage that the great staff at Pinstripe Alley provides, spring training is upon us. There are going to be a lot of little stories coming out of the Tampa camp, and we will all do our very best to bring them all to you, but I wanted to touch upon a slightly bigger story. Not bigger in importance, necessarily, just literally bigger. According to reports, CC Sabathia, the much beleaguered former ace of this staff, has reported to camp weighing 305 lbs. That puts him 30 lbs over what he weighed when he reported last spring, and a lot closer to the weight he played at during his better seasons in pinstripes. Will the extra weight bring back his prior successes, or is it just more bad news for CC?

First of all, why the weight gain? I think the answer here is fairly obvious. Sabathia thinks that adding some more weight to his frame will allow him to put more behind his pitches and hold up against the rigors of a long season. He says:

“I feel like this is a good weight. I feel a little stronger. I feel my legs under me, being a lot stronger, and being able to push off the mound.”

So, to review, CC didn’t just go home and sit on the couch a la Jesus Montero last offseason. He purposefully added 30 lbs to his 34-year old body in an attempt to get stronger. On one hand, CC never seemed to adjust to his lighter body over the last couple of seasons. As we know, he seemed more easily fatigued all the time, and his velocity dropped dramatically, to the point where his fastball can barely touch 90 mph now. Perhaps adding more weight to his body will, as he seems to think, give him more behind the ball and give him an extra mile per hour or two.

On the other hand, we’re talking about a guy that missed the last five months of the season with a degenerative knee condition. This is a condition he’s still taking platelet-rich plasma shots to treat. Should he really be adding more weight to that? The entire purpose of losing the weight in the first place was to take better care of himself. He could have kept the weight off and continued to try to make adjustments to his actual pitching, rather than risk putting more strain on his already degenerative joints.

My opinion? I think the Yankees are relying way too heavily (see what I did there?) on a guy who simply hasn’t been the same in three years now anyway. It’s clear that he’s not the same pitcher he was when they signed him, which is perfectly fine. That’s what happens to pitchers in their mid-30s. That’s why it’s not good to give them extensions that pay them $20-plus million a year until they’re 37. At this point, I’d be willing to let CC try anything. If he thinks he needs to show up to camp looking like Mabel from Men on a Mission, I say go for it. If thinks the Shawn Bradley look is better, go for that instead. What he needs most is to go out there with confidence. I think he’s just as likely to get hurt at 275 as he is at 305, so he should do whatever he needs to do to get his mind right out on that mound. If weighing 305 lbs does that for him, more power to him. His option year is tied to the health of his shoulder anyway, so he’s gonna be around a while.