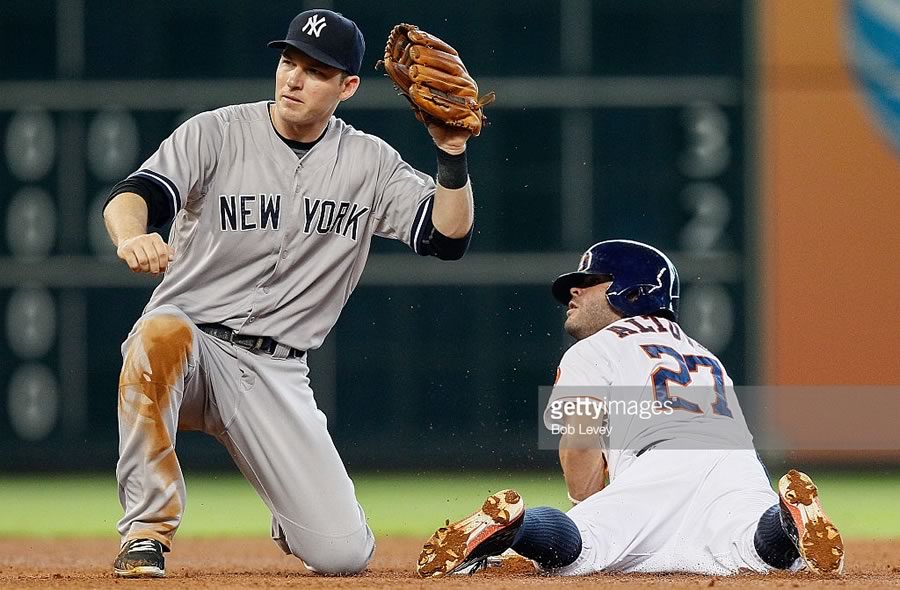 As we all know, Drew has hit like he’s swinging a swimming pool noodle for the last ten months or so. The excuse for his .162/.237/.299 slash line and 51 OPS+ during the 2014 season was that he didn’t have a full spring training under his belt, and missed the first couple of months to boot while sitting on the unemployment line. So far this spring, Drew is 1-for-13 with just a single to his name in 16 plate appearances (three walks!).

I know we’re barely a couple of weeks into spring, but shouldn’t he look good at the plate at some point? How much longer are we going to lean on the “didn’t have spring training” excuse? He’s in spring training now, right? I know spring statistics don’t matter,  but I’d like him to at least look capable at the plate before the season starts. I understand that the manager shouldn’t undermine a player’s abilities or question his spot on the team, if they expect him to be in the starting nine, but isn’t this blind faith getting a little old? I know he’s there to prevent runs with his defense, but it’s been almost a year since this guy has looked like a major league hitter out there.

What doesn’t–and shouldn’t–help Drew’s cause is how his potential replacements, Robert Refsnyder and Jose Pirela (pictured below), are faring so far this spring. Pirela is 8-for-15 so far (.533/.588/.800) and has actually made it past first base under his own power, and Refsnyder is hitting .417/.533/.500 (5-for-12). I think you could argue that Refsnyder’s defense, his main perceived weakness coming into spring training, is proving to be a real liability (three errors in seven games) right now and he should be held back, but what’s stopping Pirela, other than Girardi’s binder and the $5 million the team gave to the decrepit bag of bones in Drew’s uniform? Seriously, I’ve seen more life on The Walking Dead than Drew has shown over the last ten months.

The most ridiculous part is that this situation is a complete déjà vu. Last spring, the Yankees brought in Brian Roberts, an even older bag of broken down zombie flesh, to be their second baseman. Seriously. I think I saw his ear fall off at some point. Right there on the field! Anyway, despite the fact that he was awful at just about everything, they stuck with him until late July (hey, at least he out-homered Derek Jeter 5-4).

There are some differences in that situation, however. Last year, there weren’t two seemingly capable guys banging on the door while Roberts rotted at second base. Refsnyder wasn’t even in Triple-A until June, and Pirela hadn’t yet reached the point where you could no longer ignore his bat (I think he’s reached that point for me now, at least as a utility guy). This year, the Yankees have two clearly defined other options to replace their zombie second baseman. You could argue that they had Yangervis Solarte last year, but he ended up playing mostly third base because everyone there was also terrible (thanks, Kelly Johnson).

I think that, taking into account Brendan Ryan‘s inability to stay healthy, and the fact that Drew can also back up Didi Gregorius at shortstop, Pirela has to make the Opening Day roster at this point. Ryan is obsolete, his body is unreliable and he can’t hit to save his life. We have Drew on the squad to be that guy already. If Pirela makes the cut, it’s going to be a lot easier for him to slip into the lineup if Drew struggles.

Look, at some point, I expect one of the kids to overtake Drew as the starting second baseman. That’s why Drew is here on such a team friendly contract, so that they can easily make him the new Tony Womack, and replace him with a younger, better and cheaper option when the need arises. I just hope that happens in April, and not August.