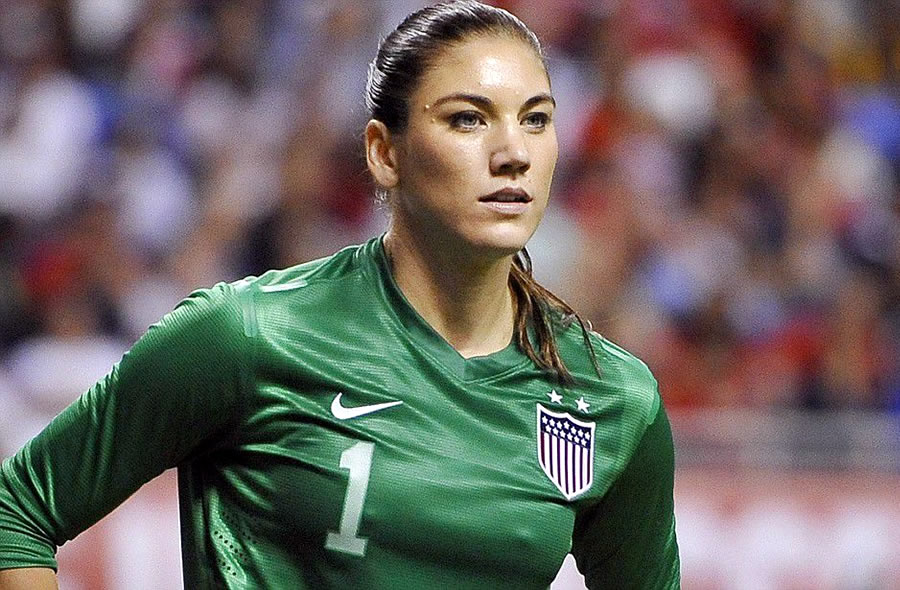 [dropcap]T[/dropcap]here are three things I know about Hope Solo. One, she’s a supremely talent goalkeeper, and the 33-year old Washington state native is probably the best female goaltender in the world. Two, she’s kinda hot, not gonna lie. Three, and this is most important to this post, she’s absolutely looney tunes, bat shit crazy. Seriously. News broke on Wednesday that she’s been suspended for 30 days from the USWNT for yet another run in with the law. Considering her recent history, she’s definitely the worst.

So what happened this time? Her husband, former NFL Tight End, and known derelict wife beater (he allegedly beat and injured Solo the day before their wedding), Jerramy Stevens, who was with the star keeper for the USWNT’s training camp in Carson, California, was pulled over for a suspected DUI after his car was seen swerving on the road. Stevens was eventually arrested, but Solo again lost control of herself – as she’s been known to do in off-field and online situations – and nearly joined him in jail.I do want to add the caveat that the Federation didn’t say the suspension was specifically for this incident, but come on now… It is alleged that Solo became belligerent (something I think she just is full time now) with police, pulled out a cell phone to record the traffic stop and attempted to give the cops the old “Do you know who we are?” routinea. What a gal!

This incident comes on the heels of Solo’s dismissed domestic violence charges – she allegedly beat the crap out of her sister and nephew to the point where the nephew (who is apparently 6’9″) had to pull a gun on the drunken Solo to get her to stop hitting him and his mother with a broom stick – as well as incoherent and belligerent anti-everyone Twitter rants from the last couple of years. It appears that the U.S. Soccer Federation brass have had enough of her shenanigans, and have decided to suspend her for a month. I’m a little surprised, considering the fact that they did basically nothing (Solo sat out one club team game) during the time she was under investigation for the incident with her family. I guess you can only blatantly let people get away with being dicks for so long before it wears on your patience? Good job, Federation, for growing a pair.

For her part in the aftermanth, Solo released the following lame athlete apology statement via her Twitter:

“I apologize for disappointing my teammates, coaches and the Federation who have always supported me. I think it’s best for me to take a break, decompress from the stress of the last several months, and come back mentally and physically ready to positively contribute to the team.”

I guess the suspension was mutual? What a joke. I can’t wait until she retires, without soccer to keep her out of trouble, and actually gets herself thrown in jail. Maybe she and Jerramy can share a cell and fill it with love and domestic violence. Kudos, Hope Solo. You’re the worst.