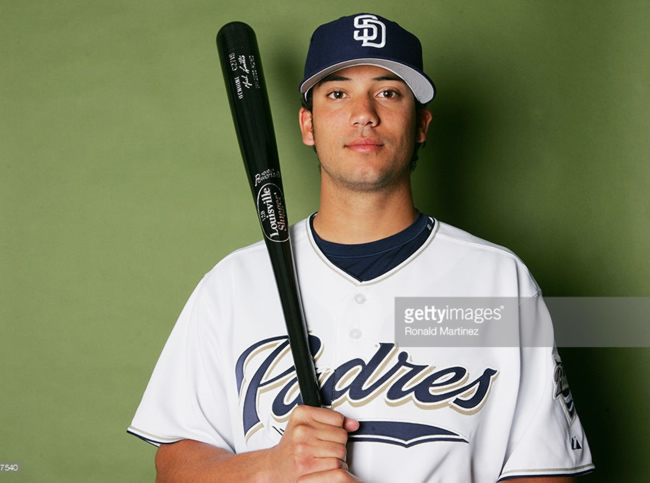 When the Padres made Matt Bush the first overall pick in the 2004 MLB draft, they thought they had added a player to their roster that would anchor their franchise for years and years to come. Instead, Bush never made it to the major leagues, and is now desperately trying to latch on with the Texas Rangers on a last-chance minor league contract. What the hell happened?

Almost from the beginning, Bush, a home town hero (he was born in San Diego), gave the Padres plenty of reason to question the $3.15 Million bonus they had given him after the draft. Just fifteen days after the pick, Bush snuck into a bar with his older brother, and started a fight when bouncers found out he was underaged and attempted to remove him. He allegedly bit the bouncer, and was arrested on suspicion of felony assault, misdemeanor trespass, disorderly conduct and underage drinking. The Padres suspended him for a month for the incident.

After a couple of bad seasons, the Padres decided to convert Bush to a pitcher, which didn’t do anything to stop his drinking, or his questionable life choices. In 2009, he drunkenly assaulted a lacrosse player at a San Diego high school with a golf club while shouting “I’m Matt Fucking Bush!” at them (not the best way to get away with a crime, if I may say so). The Padres designated him for assignment and eventually traded him to the Blue Jays. About a month later, he drunkenly assaulted a woman at a party, and the Jays released him the next day.

Bush truly outdid himself in 2012, however. After spending some time out of baseball, and signing a minor league deal with the Rays. On March 22, while at spring training with the Rays, he drunkenly ran over an elderly motorcyclist with his car and fled the scene. Furthermore, he was a suspect–and is to this day–in two other hit-and-runs on the same road earlier in the day. The Rays placed him on the restricted list (nice to see they didn’t release him outright for almost killing a guy while again being drunk), and Bush eventually copped a plea deal that saw him sentenced to 51 months in prison. He would also not be allowed to drive in Florida again, drunk or otherwise, for ten years after his release. The Rays announced he would never play for the organization again (good job, guys).

Bush was released from prison this past October, and recently signed a “zero tolerance” minor league deal with the Texas Rangers, where he will attempt to resurrect his career as a pitcher at age 29. Scouting reports still have him hitting 95 on the gun, so it’s not out of the question that he could find success and eventually make it to the big leagues, but the odds certainly are long for him to achieve his dreams. I wish him luck in his attempt. Everyone deserves a second (or fifth) chance at life. That being said, I wouldn’t feel bad for him at all if he fails either.