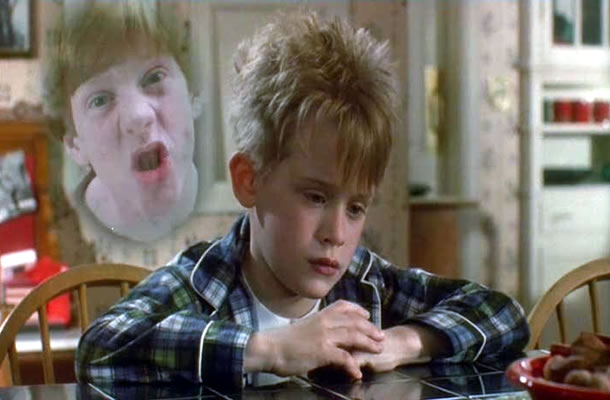 As a generally optimistic and hopeful Giants fan, I was hoping that our boys would bounce back with a crisp victory over a pretty good Arizona Cardinals team. The realist in me, however, was glad that I missed this game. I made plans to attend the Slice of Saugatuck festival with my parents and a family friend, not realizing the Giants were playing at 1:00PM–the same time as the festival. When I realized my mistake, I had a very similar reaction to that of a young Kevin McCallister when he realizes that his parents have left for the airport without him.

It was almost a relief, because the Giants have been doing their best to make their fans disappear so far this season. Anyway, let’s see how they blew it in Week 2.

If we’re looking for positives in comparison to Week 1 against Detroit, we can look to the fact that the Giants didn’t blow this game in the first five minutes. It took them all the way until the last ten minutes to blow this game. That’s like 45 extra minutes where we thought they might actually win. It’s the little things that have to keep us going as fans, before the Giants make our hopes disappear.

They did go down 10-0 in the first, on a 1-yard run by Jonathan Dwyer and a 49-yard field goal by Chandler Catanzaro, but bounced right back into the game on a 7-yard pass by Eli Manning to Rueben Randle just before the half. As the end of the third quarter approached, Manning struck again, hitting Tight End Daniel Fells for a 1-yard TD to give the Giants their first lead of the season. In the fourth quarter, rather than put their foot down and stomp on Arizona’s neck (as the saying goes), the Giants let it all slip away. They seemingly fell apart at the seams, and the usual issue of turnovers and horrible special teams were to blame for it all.

The Cardinals opened up the quarter withnother FG by Catanzaro to pull to within one point at 14-13. Victor Cruz then got the team on the slippery slope to 0-2 by flat out dropping a huge third down pass that would have netted the G-Men a crucial First Down. Instead, they brought Steve Weatherford in to punt, and Cardinals return man Ted Ginn, Jr. took it 71-yards to the house to put the Redbirds up 19-14 (they failed on the 2-point conversion). The most frustrating part of that play is that Giants CB Zack Bowman had Ginn completely wrapped up right after he fielded the punt, with both arms wrapped around the speedy return man. Ginn inexplicably broke free and took off running for the promised land. If you can’t play on the real defense, and can’t tackle on special teams, you probably shouldn’t be on the team, Mr. Bowman. Hopefully Coach Coughlin makes you disappear.

Believe it or not, the Giants still had plenty of time to come back, but their own return man, Quintin Demps, decided to kick it all down the stairs by fumbling away the ensuing kickoff, which led to another Catanzaro FG, and a 22-14 lead for the Cards. Somehow, the Giants were stil not completely out of it, needing only a TD and a FG to completely the increasingly unlikely comeback, but “not so fast,” said new Running Back Rashad Jennings. Eli had the Giants in the Red Zone, when he hit Jennings on a short pass play. Jennings caught the ball on the 17 with a bit of room in front of him, but quickly slipped, fell all over himself and dropped the ball. The Cardinals recovered the fumble and kicked yet another Field Goal to go up 25-14. I guess we shouldn’t be too hard on Jennings. He’s new to the squad and, after these first two games, maybe he just thought that he was following the team policy. Anyway, the hopes for victory had disappeared.

Although I didn’t see the game, I can tell you that things are looking pretty grim for the Giants. The offense got going a little better in this one, but they were still plagued by turnovers. Eli threw 2 TDs, but coupled that with 2 more INTs. He has picked up right where he left off last year. I mean, one of those picks hit a defender in the shoulder. That’s not how this works, Eli. The running game did absolutely nothing against a tough Cardinals defense. Jennings’ turnover was inexcusable, but rookie Andre Williams didn’t exactly start a Running Back controversy with his 8 carries for 12 yards. I feel like most of this starts with the offensive line. The defense played a lot better, at least. The special teams mistakes that have plagued the G-Men in the past might put Special Teams Coach Tom Quinn on line with Perry Fewell to see which Coordinator disappears first.

Here’s hoping Week 3 goes better, otherwise we might all end up “Lost in New York.”