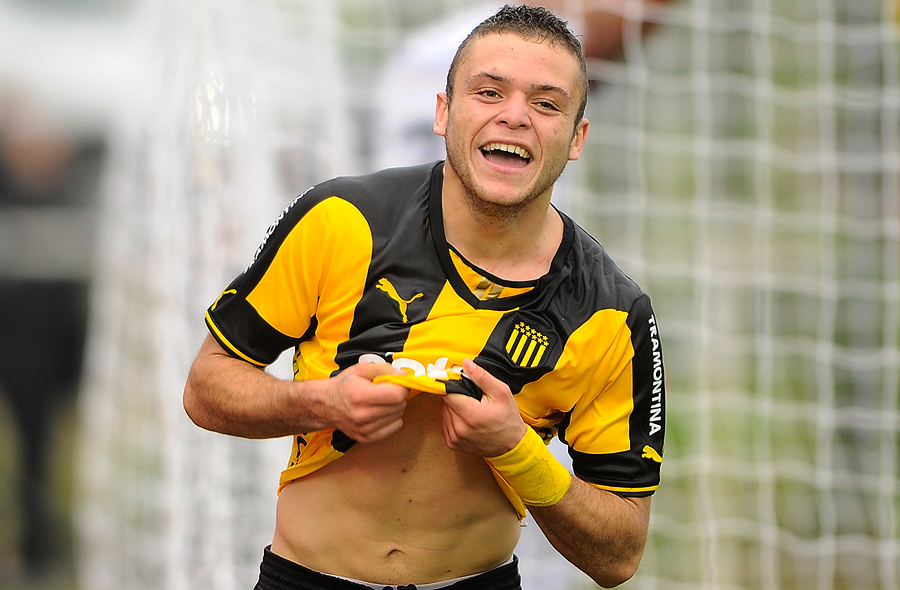 As you all know, Uruguay made it through the 2015 Copa América Group Stage, and now have entered the knockout phase of the tournament. Woo hoo! Not only does this mean we get at least one more game knocked off of Luis Suarez‘s suspension (down to five and counting), we also get a reason to get to know more Uruguayans! Today’s subject is a former striker for Peñarol (we can’t all be perfect), and big time prospect for La Celeste’s future, Benfica’s own Jonathan Rodríguez.

Jonathan Javier Rodríguez Portillo was born on July 6, 1993 in Florida, Uruguay (yeah, that’s right, we have one of those too!), and started his career in the youth system of Atlético Florida. In 2011, he was sold to Peñarol for $7,000 and a set of balls (fútbol ones), and made his official Priméra División debut on August 1, 2013. He soon became a staple of the Peñarol attack, scoring 12 goals in 32 games across all competitions during the 2013-14 season. He had his breakout performance in his first Clásico against Nacional that November, scoring twice and winning man of the match. He started the 2014-15 season with the Aurinegros, notching seven goals in 15 games, which is when Europe came calling.

In January of 2015, Peñarol loaned Rodríguez out to Benfica of the Portuguese Primeira Liga. The somewhat complicated bit of business was for two-and-a-half years and €2 Million and involved 40% of Rodríguez’s economic rights, with the remaining 60% worth €4.4 Million at the end of the loan if Benfica chooses to keep him. Rodríguez arrived in Benfica in style, crushing through their B team (seven goals in six games) before being called up to make his Primeira debut this past April. He looks like he could be a force to deal with for As Águias, and soon.

Rodríguez has very little experience for the Uruguayan National Team. While Tabárez has called him to some friendlies of late, and he’s included in the 2015 Copa América roster, he’s only gotten into six games (all friendlies) and scored just once, as an 87th minute sub against Oman last October. So far during the Copa, he hasn’t gotten into any matches, despite the offensive struggles that La Celeste has been dealing with. Tabárez’s boys have scored just twice in three matches, and Abél Hernández, Diego Rolán and Edinson Cavani have all been shut out.

Could it be time for Rodríguez to take his turn at sparking the offense against Chile on Wednesday night at 7:30 ET? I guess only time will tell. I get the feeling Uruguay will need some goals against the powerful Chilean attack, so here’s hoping Tabárez lets the next generation take the reigns.