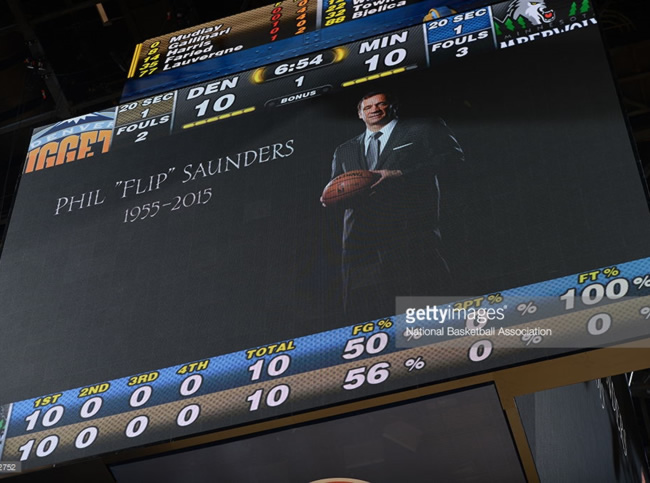 For those of you who hadn’t yet heard, the Minnesota Timberwolves, and the NBA as a whole, lost one of the most revered people associated with the game today, when former coach Phil “Flip” Saunders passed away last week after a long battle with Hodgskin’s Lymphoma.

By all accounts Saunders, who played his college ball at the University of Minnesota and coached there as well as with the the Timberwolves during two different stints, was one of the true gentlemen of the game. You can see just how much of an effect he had on his players and, more importantly, his friends, with the video below. Get your tissues ready.

Also, if you’re wondering why Kevin Garnett is missing from the video, apparently he couldn’t even hold it together long enough to record anything. You can see him swaying all throughout this video, tears streaming down his cheeks. Minnesota went on to lose the game 106-101, but their pregame ceremony was very touching. RIP Flip. You never coached for a team I rooted for, but I wish you had. You will be missed.