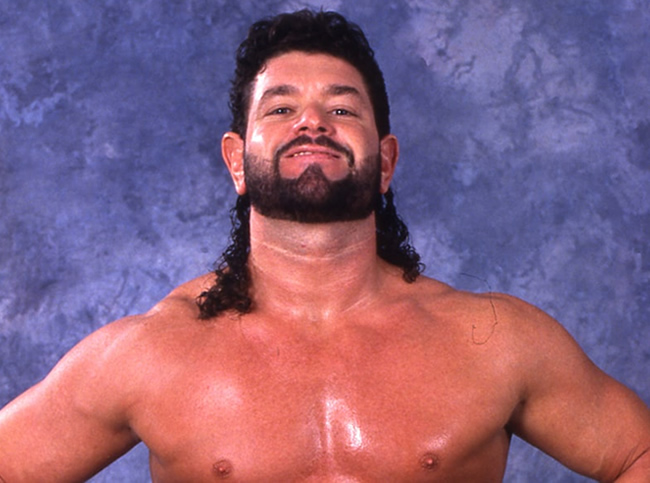 Unless you’re a pretty hard core WWE/WWF fan, you probably don’t know who Barry Horowitz is. For those of you who know who I’m talking about, go ahead and pat yourselves on the back, and then laugh at the secret funny part of this sentence (my brother might be the only one who laughs at this, and I’m OK with that). Let’s talk about the greatest jobber in all the land, shall we?

While in the WWF in the late 1980s and early 1990s, Horowitz worked as what is known as “enhancement talent.” You don’t see these guys at all anywhere anymore, but these guys were brought in from independent federations to “do the job” for the real superstars of the WWF (and the NWA/WCW). They were paid to basically get beat up and pinned. Sure, sometimes they’d get a good kick or punch in, depending on how nice the superstar they were facing decided to be. They never even got fun wrestling attire, usually wearing solid colored briefs or those leotard/singlets. They were nobodies, and that’s how Horowitz began, and spent most of, his WWF career.

Before and in-between his WWF stints, however, he was a bonafide wrestler, whose most well known runs were as “Stretcher” Jack Hart in Championship Wrestling from Florida, just plain old Jack Hart (I guess he stopped stretching people) in Memphis and Barry “The Winner” Horowitz in the Global Wrestling Federation. In Florida, Hart was involved in story where he lost approximately 150 matches before winning his first one, a battle royal for the vacant Florida Heavyweight Championship.a Because CWF was in the NWA (National Wrestling Alliance), they didn’t have their own World Champion. That means that Horowitz actually held the most prestigious title in Florida for a time. That’s pretty big stuff! He even threw in a couple of runs as the GWF Light-heavyweight Champion during his stint there too.b

Everyone’s goal back then, however, was to be in the WWF (much like today), so Horowitz would always go back there to make other superstars look good. He was one of only a few of these “jobbers” that had a defined character though. He wore glasses, suspenders and a shirt with the outline of a hand on it. Whenever he would do something good, he would pat himself on the back (do you guys get the joke now?). It was funny, and he would often team with fellow well known jobber to the stars, The Brooklyn Brawler. Horowitz even appeared on a WWF Pay Per View event, playing a masked wrestler named the Red Knight, teaming with Shawn Michaels and some other colored (actual other colors, like blue and green I’m not being racist) knights against a bunch of the Hart brothers (no relation to Horowitz’s Memphis and CWF characters) at the 1993 Survivor Series. His team lost that match, but hey; a PPV pay day is a PPV pay day, right?

Horowitz didn’t mind the losing though. He said it best himself in an interview with WWE.com:

“I always knew I was capable. A ‘jobber’, if you want to use that word, is a guy who is only in it for a buck, he goes to the gym every now and then, doesn’t have the ring gear, doesn’t know the business that well. You just get your butt pounded on TV and that’s it — but that wasn’t me. I knew this business, I knew what my position was — and I went out there and gave all I had, and to see it pay-off was incredible.”

It wasn’t until 1995, almost a decade after first arriving in the WWF, that Horowitz got a real push (aka involvement in real story lines and given some success). It all started on a taping of the Action Zone, when out of nowhere, Horowitz pinned Skip of the Body Donnas (RIP Chris Candido). Horowitz then beat Hakushi (acrazy tattooed Japanese wrestler), lost a match to Hunter Hearst Helmsley and went to a time limit draw against Skip at a WWF Superstars taping. Skip and Horowitz then squared off at Summer Slam (another PPV pay day, and under his real name!) to settle it all, and Horowitz won that rematch. The best part of this run was that Horowitz was billed kind of as a kind of great Jewish hope, even coming to the ring using an up tempo version of “Hava Nagila.” (Oh 90s wrestling, you so crazy!).

Anyway, that was pretty much the end of the good times for Horowitz, and he eventually left the company and became a bottom of the card wrestler at WCW. No, things were never quite the same for Horowitz, and he never again reached the high of highs he reached in 1995, but he’s one of only a handful of enhancement guys that were ever recognizable (Brooklyn Brawler and Gilberg come to mind), and he’s the only enhancement guy that ever got that kind of a successful run (not counting the 123 Kid, because he was only used as enhancement talent as part of his overall story line and entry into the company).

We don’t have to give Horowitz a pat on the back, because he does that himself, but a nice tip of the cap and a round of applause are definitely in order.