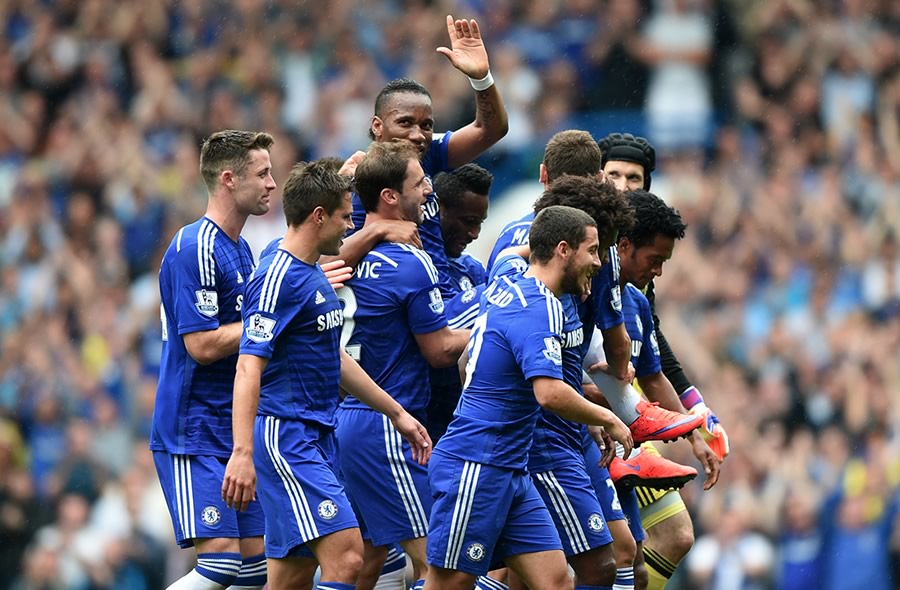 If the rumor mill is to be believed, then MLS might soon have itself a new brand name player. It seems that Ivory Coast international, and Chelsea legend, Didier Drogba could be the next big Premier League player to cross the Atlantic and suit up for Major League Soccer. Where might the 37-year old land, and what are his chances of finding success? Let’s take a look.

First of all, let’s talk about the man himself. Drogba has had a storied career on both the club and country levels of the sport, and is considered one of the game’s true gentlemen off the pitch to boot. On the international level, he’s the all-time leading scorer for Ivory Coast with 65 goals in 104 appearances, and has led the African nation to all three of their World Cup appearances (2006, 2010, 2014) with 18 goals in World Cup qualification games and 2 more in World Cup Finals play. He’s also led the charge during the Africa Cup of Nations, with 11 goals in the competition. Unfortunately, he wasn’t on the squad for their 2015 cup win, but there’s no doubt his influence on and off the pitch helped inspire them to victory.

Drogba has experienced just as much success on the club level as well. He got his start with Le Mans of the French Ligue 2, making his debut in 1998. In 2002, he was sold to Ligue 1’s Guingamp. There, he made a big impression with 20 goals in 45 games, and continued his climb up the French fútbol ladder with a transfer to Marseille. After a year, and 19 goals in 35 games, he was bought by EPL powerhouse Chelsea, which is where he truly became a star. Over the next eight seasons, Drogba played in 226 matches and scored 100 goals on the nose. He became a legend and fan favorite at Stamford Bridge, helping to lead Chelsea back to the top of the Premiere League. After the 2012 season, he spent some time traveling the fútbol world, playing for a year in China for Shanghai Shenhua and another year in Turkey playing for Galatasaray, before returning to Chelsea last summer. Although that was a bit of a surprising move, Drogba did OK as a role player for Jose Mourinho, scoring 7 goals in 38 appearances across all competitions (4 in 24 Premier League matches). Not bad for an old man, right? He will leave Chelsea after this season as it’s third leading scorer with 164 goals across all competitions, behind only Kerry Dixon (193), Bobby Tambling (202) and the great Frank Lampard (211), whom Didier might meet in MLS this summer (Lampard is about to report to NYCFC). Watch him get carried off the pitch after exiting his final game for the Blues this past weekend.

His on the pitch accomplishments are numerous. He won four Premier League titles, as well as the 2011-12 UEFA Champions League, with Chelsea. He also won the Turkish Süper Lig title in his one year at Galatasaray. Individually, he won the Ligue 1 Player of the Year in 2003-2004 with Marseille, the Turkish Footballer of the year for Galatasaray, and has been named African Footballer of the year several times. He’s been a winner everywhere he has gone, but that’s not where his story ends.

Oddly enough, where Drogba has made his biggest impression on the world probably doesn’t even involve the soccer pitch. How many fútbol players can claim that they basically ended a civil war and brought peace to their countries? In 2006, Drogba basically did just that, pleading for a cease fire so that all of his countrymen could enjoy the Ivory Coast’s first World Cup appearance, and forces on both sides actually laid down their arms. This was after five years of very brutal fighting. Wowsers. He has continued playing an instrumental role in the peace process in his country, and was appointed as a Goodwill Ambassador by the United Nations Development Programme in 2007. Although the peace didn’t last forever, his continuing efforts to bring peace to his nation are a prime example of how someone should use their fame, and considerable wealth, to better the world. He was even named one of the world’s 100 most influential people by Time Magazine in 2011.

Needless to say, whatever league ends up with Drogba’s services will be extremely lucky because of what he will bring to the pitch and the community. Would the living legend come stateside? According to what he told local press after his last game for Chelsea, he would be.

“Yeah of course, but I am going to take a few days, few weeks to think about what is good for me next. But all I want to do is play.”

In the past, Seattle and NYCFC showed interest, but I get the feeling any team with room in the budget would be willing to bring him in. He’s worth a lot to whoever brings him in, not just because of his talent, but also because of the name recognition. He’ll help the team win games and move merchandise. People will line up to buy their Drogba jerseys. I think it would be nice for him to be reunited with his former mate Lampard in NYCFC, but I’m excited at the possibility of him being in our league, wherever he ends up. Here’s hoping that, after a few weeks of rest, we’ll see Drogba in the United States.

He can extend his legend across yet another continent.